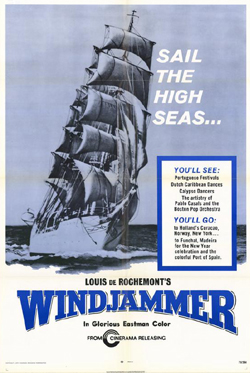 This spectacular documentary follows a Norwegian sailing ship on its voyage from Oslo to the east coast of the US and back. It was produced in Cinemiracle, a curved-screen process similar to Cinerama which was retired after this initial outing and bought out by Cinerama. Brian Trenchard-Smith explains the differences between the presentations and why many thought Cinemiracle an improvement over Cinerama.