Film Movement, a self-described “film service” that traffics in esoteric theatrical and home video product has released two notable examples of post-war British comedy with Whisky Galore! and The Maggie – both are seafaring satires directed by Alexander Mackendrick featuring some of Ealing Studio’s most memorable players. 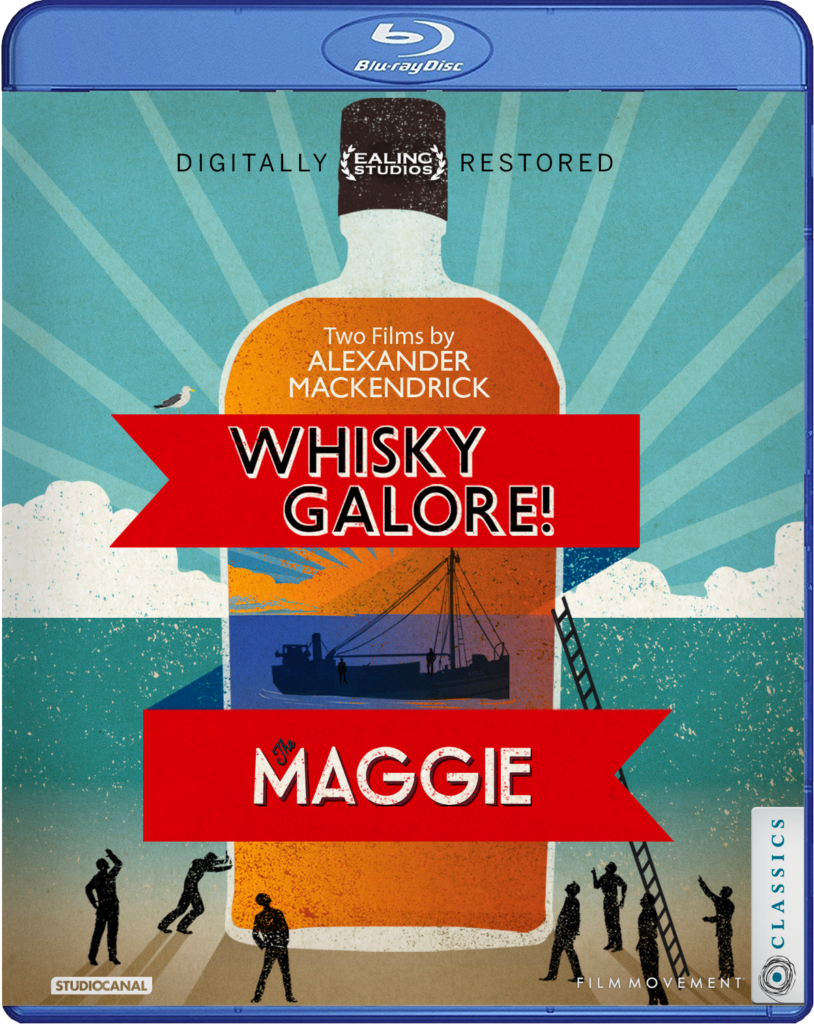 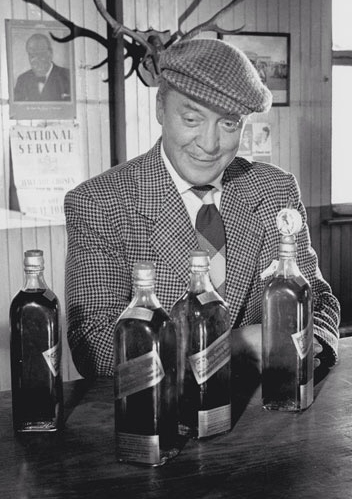 The men and women of Ealing emerged from the second World War with their cheerful cynicism intact and more than ready to take a bite out of the hand what fed them – from Passport to Pimlico to Kind Hearts and Coronets those artists happily took potshots at the class systems they had fought so hard to defend. Though these satires had teeth (Kind Hearts was especially lethal), romance was never far away – it’s no wonder that the bittersweet Local Hero is referred to as an Ealing film for the Reagan era.

In 1957’s Whiskey Galore that romanticism extends to a different kind of desire – the allure of a stiff drink at the end of a hard day. So it’s particularly rough for the lonely citizens of Todday, a remote Scottish island located in the Outer Hebrides, when their booze supply suddenly evaporates thanks to wartime rationing. As in most fables fate intervenes and a cargo ship full of Haig and Haig runs against the rocks, a tantalizing wreck if ever there was. But thanks to Captain Waggett, an over-zealous army man, fishing the drink out of the drink won’t be as easy as it sounds. 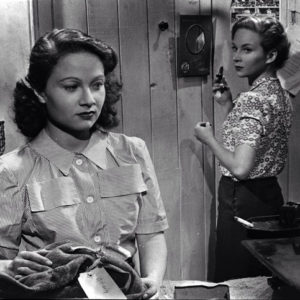 The film was known stateside as Tight Little Island, a superior title in that it describes not only the islander’s fondness for a cocktail but the stodgy Waggett’s by-the-book attitude. Played by Ealing mainstay Basil Redford, Waggett is the killjoy commander of the island’s home guard who stands between the thirsty townsfolk and their whiskey. It’s up to two village daughters, the Macroon sisters, to save the day – each lovely lass is engaged to two of the army men guarding the whiskey and as old man Macroon reminds Waggett, you can’t have a proper wedding without a toast. 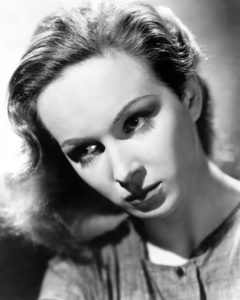 Working from a script by Compton Mackenzie (who also plays the captain of the shipwrecked barge) and Hitchcock scribe Angus MacPhail (Spellbound, The Wrong Man), Alexander MacKendrick’s direction is a fine illustration of the Ealing style; keep the camera at a discreet distance and never, ever, lean on a joke. The actors all underplay with the same deft assurance but it’s Joan Greenwood as Peggy Macroon who embodies the fire within that ignites an Ealing production. The delightfully inscrutable actress plays her cards close to the vest even in her most passionate moment – dancing a slightly drunken wedding jig while remaining in complete control of her smoldering sexuality. Greenwood’s tight lipped reserve makes her all the more ravishing. 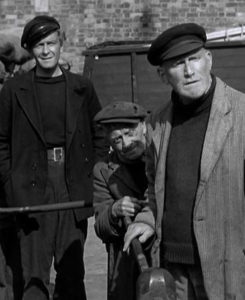 Five years later Mackendrick found himself once again at sea and dealing with the dilemma surrounding The Maggie, a ramshackle cargo boat mistakenly chartered by an American businessman played by Paul Douglas who, like like the landlubber cop in Jaws, quickly realizes he’s gonna need a bigger boat.

While Douglas chases after his cargo via a chartered plane, the boat’s easy-going owner Captain MacTaggart (played by Alex Mackenzie as a Gaelic Popeye) eludes him with the guile of a life-long confidence man. And as Douglas’s defenses are worn down by MacTaggart’s tricks he’s also being seduced by the warm beer and the Islay sunsets – soon enough he finds a peace of mind he didn’t know was missing. Yes, The Maggie is a rough sketch for Local Hero but though its gentle ways are never less than charming they’re not enough to power this particular vessel. 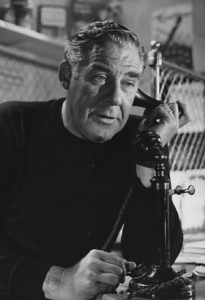 Though Bill Forsyth’s Local Hero was a lighter than air fantasia, make no mistake it was also a stealth machine, painstakingly engineered to sooth your soul while breaking your heart. Though The Maggie’s cinematographer Gordon Dines serves up a visual feast with his views of the Scottish skies and John Addison’s music is wistful in the extreme, William Rose‘s script is all at sea when it comes to illuminating the internal conflict that gave Forsyth’s film its unassuming power – when Douglas is moved to sacrifice everything for The Maggie it feels more like defeat than an epiphany.

Douglas is an inspired choice for the businessman who finds there’s more to life than the boardroom. The barrel-chested actor rarely blusters and never overplays (in keeping with the Ealing tradition) and he’s quite touching; he seems genuinely gobsmacked by his revelatory detour. The supporting actors are unsurprisingly solid and include a near-unrecognizable Andrew Keir as a nuisance-making newsman – at 28 he’s clean-shaven and comparatively gaunt, a far cry from the burly scientist of Quatermass and the Pit just 13 years later.

Acerbic satires notwithstanding, the Ealing years were positively rosy for Mackendrick – the darker aspects of his Man in the White Suit and The Ladykillers would seem like child’s play compared to the film the American-born director made upon his return to the states – set within the pitch black trappings of New York at night with a band of Broadway cutthroats for company, Sweet Smell of Success was a world away from the carefree rogues of the Highlands.

Film Movement presents Whiskey Galore! and The Maggie on two separate discs along with some worthy extras including an hour long documentary about the film made in 1990. The transfers are nothing to shout about with Whiskey Galore! looking a bit worse for wear, particularly in comparison to The Maggie’s image which is relatively sharp with deep, dark blacks, the better to appreciate Scotland’s magical nighttime skies.

Inexplicably the films come with no subtitles so unless you thought interpreting the inflections of Nil By Mouth was a breeze, some of the more impenetrable Scottish accents in both Whiskey Galore! and The Maggie will be apprehended by lip-readers only.