America’s favorite gadfly has made something worth watching — a European tour of Great Ideas that American would do well to steal outright — even if many of those ideas originated here. Not that anyone will listen, but Hail the Conquering Hero just the same. 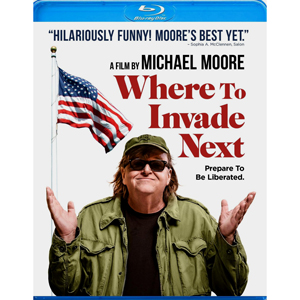 Hate Michael Moore? Hate Michael Moore movies? Although Moore-o-phobes will think the title sounds like another Moore snark-fest about America’s penchant for warfare, his newest picture Where to Invade Next is fundamentally unlike any of his earlier hits. It’s also as (gasp) politically neutral as a sane movie can be. It’s charming and uplifting, qualifiers I don’t normally associate with Moore.

I always liked Moore’s position as sort of a consumer reports agent for displaced autoworkers and others gypped by the corporatizing of the nation. But I wasn’t a big fan of his TV offering The Awful Truth, which was too much like one of those scary reality shows in the satire Network, with a giddy studio audience approving his every statement with applause or laughter. I pretty much bailed out of the Michael Moore bandwagon with Bowling for Columbine back in 2002. Again, his style seemed too much of a rude thing — ambushing senators on the street, etc. Despite its sincerity, I think Moore’s sarcasm was counterproductive. And finally, when he accepted Charlton Heston’s hospitality on false pretenses and then blindsided the actor in his own home, it was just too much. My sympathy was totally with Heston, for the first time in about twenty years. 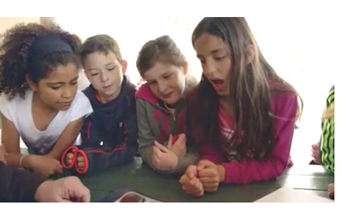 Where to Invade Next isn’t like that. Yes, the title takes the point of view that America is invasion-happy, which eliminates any hope of enticing potential viewers right of center. But the film itself is not about warfare at all, and it’s also not a direct attack on the Right. In fact, it blurs the usual battle lines in the political divide.

Earlier Moore movies posited him as a roving reporter — in combat jacket, old baseball cap and raggedy hair — who dogs various authorities, pesters officials and asks blunt, leading and annoyingly judgmental questions of those in power. Moore’s main talent is nerve, but in this movie he takes a different approach. Moore spends Where to Invade Next outside the country, bopping from one European capital to another playing mock invader with an American flag in his hand. He pretends to be a Yankee plunderer arrived to steal ‘good things that ain’t nailed down.’ His amusing European tour is like a shopping spree in a supermarket for good social ideas.

The show pulls us in almost immediately. He meets polite officials of one kind or another who welcome him into their offices, factories, schools, what have you. I believe we start in Italy, one of those dreaded socialist countries. The workers have four weeks of paid vacation, maternity leave, other kinds of leave and full extra month’s pay every December. When a young couple is told about the long hours Americans must work, and the low benefits in our jobs, they become very concerned for us. We visit a French grammar school classroom, reportedly in a low-income area, and find nice kids of mixed race eating lunches fit for a top American restaurant. They are served at their tables. The lunch hour is a class, where they learn about table manners. The chefs mull over the menu, which has more variety than my personal diet. 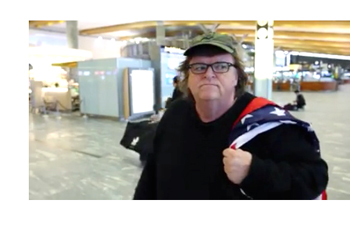 France’s sex education classes are said to be responsible for the low rates of pregnancy and sexually transmitted diseases in their teenage population. But I’d like to know how France bulldozed the religious barrier that stymies similar programs here.

In Slovenia we meet American college students that have come for the free education — even for foreigners. The officials in charge give alarmingly reasonable, fundamentally different explanations for their goals in providing education. We also see a Finnish school, which is providing an incredible-quality education at a fraction of what we spend per student. Near the end, we visit Iceland, which unlike us prosecuted the bank officials that mishandled money prior to the big financial collapse in 2009. The only surviving bank was run by a group of women, who placed the welfare of their depositors over personal greed.

One of the cappers is a Scandinavian prison system that’s practically a time-out country retreat, where the prisoners keep their own keys, although they’re not necessary. Well, it is a low-security prison. About this time it becomes apparent that importing just one or two of these ideas won’t work. Norway doesn’t need mega-prisons because they have no War on Drugs that incarcerates mass numbers of poor people. Their drug problem is smaller because they have inclusive health care. They have inclusive health care because they aren’t spending 60% of their taxes on, well, other things. Moore does take a peek at the corresponding non-functional programs and institutions in America. His most arresting statement claims that the purpose of our War on Drugs is to put poor black men in jail, where they can become a labor force at rock-bottom wages. In other words, it’s a new institutionalized slavery. The way social systems here always seem to focus on questions of money, Moore’s argument sounds all too credible. Our privatized prisons are now ‘profit centers.’ 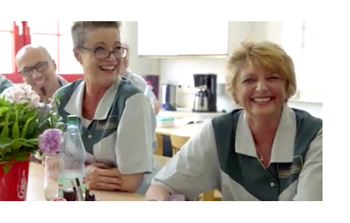 What we get, and what I’m sure will still irk naysayers and ‘right to work’ advocates, is a picture of countries organized around socialist principles, that (in the view of some) place the needs and rights of the citizens above the needs of companies. The sad principal of an American grammar school is stuck with the fact that there is no money for a decent lunch program of any kind, and makes due as best as he or she can. Our businesses maximize the productivity of individual workers by reducing benefits and extending work hours. Stressed people get sick more, use drugs more. People with jobs earn so little that they’re also on food stamps.

My resistance to Moore’s entertaining tour of great ideas is not as informed as it should be. It’s my understanding that in some of these socialist countries, one’s housing choices may be limited, for instance. Taxes are indeed higher, making one’s effective buying power less, although ordinary working folk here have the same problem — having a nice house was once an attainable dream for most Americans, but now they have to settle for dreaming about a nice car. The socialist countries have their version of slums as well, and sometimes unemployment worse than ours. I once was able to say that their homogenous populations sidestepped our problems of racial and ethnic division, but immigration has made big differences there. And what of the argument that a socialist country rewards mediocrity the same as it does excellence? 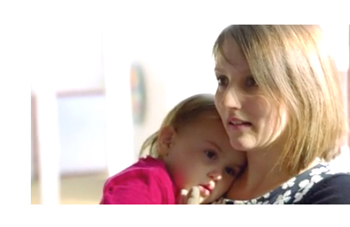 Moore’s message is not that we need to become socialists, but that we can learn from other countries. Nobody seems to be able to sell that idea over here. As he bids farewell to each school principal or factory owner of education minister, Moore mock-pompously announces that his raid is over, and that he’s taking a new idea with him back to America. The foreign host says, “You’re welcome” and then more often than not tells Moore that his people originally got the idea from us. The things Moore is ‘stealing’ originated in America. Moore ends his cheerful, educational movie on a uniformly happy note that says all things are possible.

This time Moore doesn’t have to harp at what we’re doing wrong, because we can see it for ourselves. The idea is that America has the ability to solve any problem it wants to solve, and all it needs is the will to do so. Can we agree on what the goals should be? If this movie does any good, it will convince a few people here and there that we’re already a second-rate country, and that our priorities need serious adjustment.

I’ve been reminded by others that Michael Moore did this on a smaller scale in 2007 with Sicko, a look at France’s all-inclusive health care system and legislated work rules. But who wants to see a movie called ‘Sicko?’ The title Where to Invade Next is almost as off-putting. It would have to rely on word of mouth for viewers not to expect a lecture about warfare politics. ‘Take a Look Over the Neighbor’s Fence’ might have been more accurate. 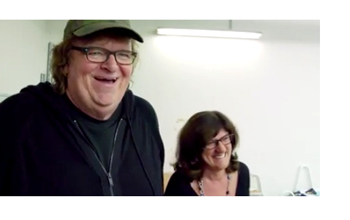 I still want to live in America, which remains a great country even if Uncle Sam needs to get sobered up and into a rehab. I’d like to say I could write this review without expressing my personal viewpoint, but it clearly comes through anyway. Social comment these days is like trench warfare — the trenches have been dug, and nobody’s budging. But it’s nice to see Michael Moore so cheerfully optimistic.

This is also Moore’s best directed movie… it’s less scattershot and doesn’t rely on as many animated digressions, rock music interludes or polemic photo montages that bludgeon us over the head. I didn’t need the footage of a Nuremberg rally in Germany, but it’s a safe bet that at least some of the American audience is ignorant about that history. The show is a pleasant and funny viewing experience. It’s also pleasant to meet Moore’s selection of interviewees — most all of these foreigners speak English as well if not better than we do, and they’re absolutely charming. Sure, the people on camera probably aren’t participating for free, but I don’t think a docu about living in America is going to find that many happy people below the upper middle class level.

The bottom line is that, even if we’re not shown any of the failings of the countries that Moore visits, this is a pleasant trip to places where some ordinary people seem to like their lives. Are we so arrogant that we can’t learn from others? These good ideas are definitely worth stealing.

Anchor Bay’s Blu-ray of Where to Invade Next is a clean and clear encoding of this digitally filmed show. There’s no muss or fuss, just bright images of all those nice European cities where the sun always seem to be shining, at least in this movie. No extras are included but the disc does start with a series of trailers for other Anchor Bay titles.