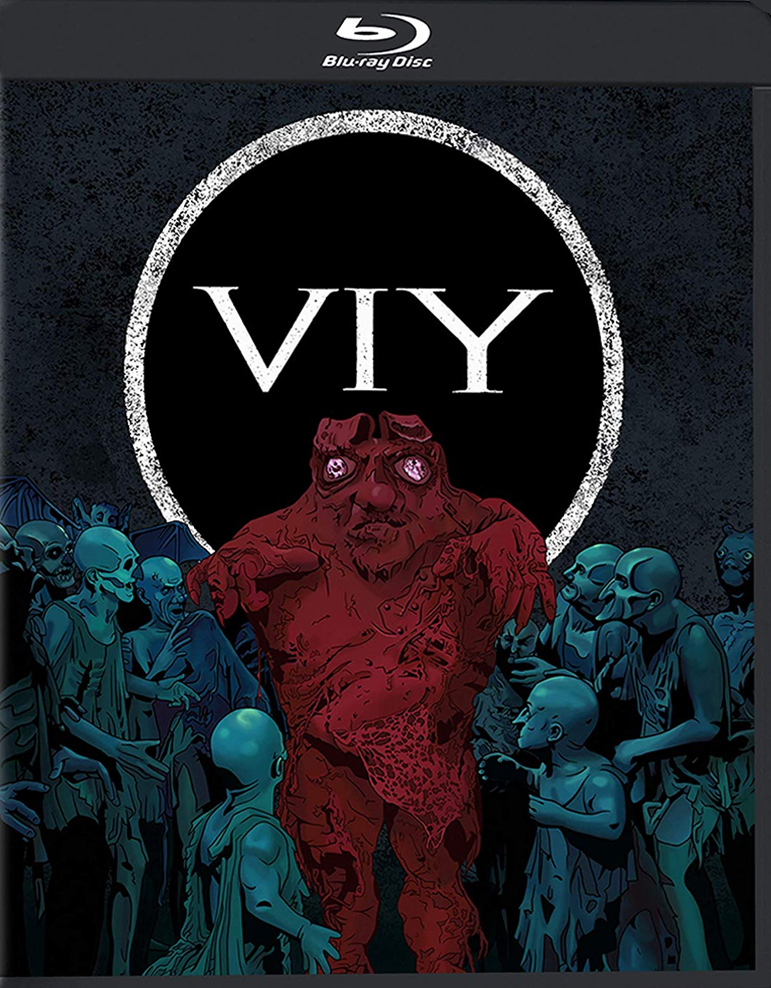 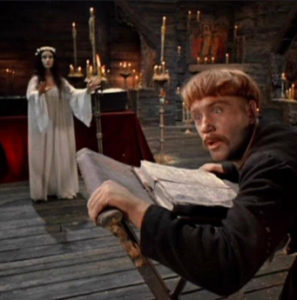 Anything can happen in a horror movie and that was one of the reasons despots from Stalin to Khrushchev banned the genre from their homeland for the better part of a century. Education and propaganda, not cheeky attacks on the status quo were the prime directives of Soviet cinema – yet one so-called horror film managed to sneak through the Iron Curtain in 1967 – Viy, directed by Konstantin Ershov and Georgiy Kropachyov. Based on Nikolai Gogol’s creepy fable about a persistent witch and her hapless prey, it’s possible the state allowed this particular thriller to pass because special effects artist Aleksandr Ptushko takes a distinctly playful approach to the story, flipping its nightmare scenario into a quirky campfire tale.

Viy is set in Ukraine and stars Leonid Kuravlyov as Khoma, a naive seminarian, and Natalya Varley as Pannochka, the shape-shifting sorceress with a score to settle. The screenplay by Konstantin Ershov is extremely faithful to Gogol’s narrative and another reason Russian censors might have looked the other way – the writer was a particular favorite of Stalin. 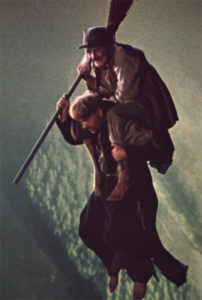 Khoma is a monk-in-training who spends more time on earthly pleasures than his studies – it’s during one of those aimless idylls that he ventures upon a toothless old lady who offers shelter in her stable. Turns out she’s not quite so toothless – at the first opportunity the cackling crone hops Khoma’s back and rides him out of the barn and into the sky. Soon they’re soaring above the trees, the wretched student trapped between the witch’s knobby knees and claws as she steers him toward the clouds. Once they touch down the livid monk kills the hag – when she slumps to the ground the corpse of a young woman, a pale-faced beauty named Pannochka, has taken her place.

After a few bottles of wine Khoma, having recovered his nerves if not his senses, is ordered to a nearby village to officiate a funeral. When he arrives at the dilapidated chapel he’s startled to find the body of Pannochka waiting on the bier. The wary priest decides to continue his vigil but a witch is a witch, dead or not – the enchanted beauty rises up and stalks the terrified monk, only retreating when he scribbles a sacred circle wide enough to contain himself and his prayer desk. Over the next three nights the reborn Pannochka, silent but determined, will literally escalate her attacks, commandeering her airborne casket high above Khoma with an army of demons close behind. The third and final night she plays her ace in the hole: Viy, King of the Gnomes. 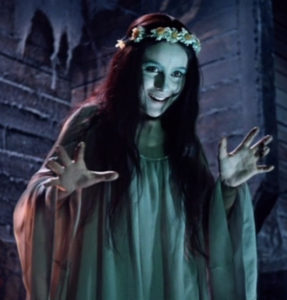 Though a mere 78 minutes, directors Yershov and Kropachyov struggle with the pacing – there’s not much excitement in watching the lazy Khoma, not the best of company anyway, dithering through his daily routine. The film only really finds itself in the kind of ghoulish moments that the government sought to suppress in the first place – Khoma’s highflying adventure with the witch and the monsteriffic showdown in the Abby.

These scenes find Ptushko, the Grand Master of myths and fairy tales, in his element – the witch is charged with the same sinister humor he brought to the evil Louhi in his 1959  fairy tale Sampo. Both crones find their origins in the Slavic sorceress Baba Yaga who began to appear with regularity in 19th century folk tales, usually illustrated as a grotesquely misshapen grandmother guaranteed to induce frissons in any sleep-challenged mortal praying for dawn to break. 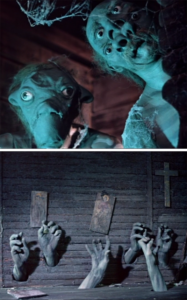 Ptushko’s demons are designed with those same weird flourishes and their supernatural siege in the chapel, whether breaking up through the floorboards or emerging through the wall slats, is genuinely unnerving. But when it’s time for the slam-bang finale, the invocation of Viy – described by Gogol in the most unearthly terms as an “ungainly human figure with crooked legs… covered with black soil”, the monster appears more like a waddling beastie out of H.R. Pufnstuf.

Getting such material past the Russian censors was daunting enough but there may have been something even more risky buried in the film – a political message. Both Gogol and Ptushko were revered by Russia at large – but they were also stalwart Ukrainian nationalists and Viy could be seen as a sly tribute to their homeland. As critic Matthew Monagle saw it, “… Gogol and Ptushko have watered down Ukrainian culture to make it acceptable to Russian audiences and, in doing so, are able to keep the very idea of Ukraine alive without anyone being the wiser. “Little Russia” has the theater all to itself.” 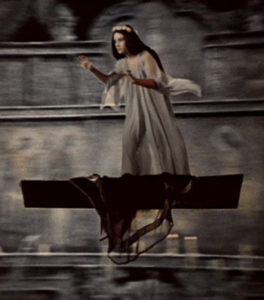 Regardless of the dead spots in the running time and the titular villain falling flat, the movie offers more than a few pleasures including Ptushko’s always charming effects – espccially the witch’s highflying kidnapping of Khoma in which the airborne duo are matted over a rotating miniature of the landscape. Best of all, the phantasmagoria is captured by the great Fyodor Provorov – the cinematographer who shot Ptushko’s epic fantasies Ilya Moromets and Sadko. Severin Film’s new Blu ray release for Viy shows off Provorov’s work with a lovely transfer of his storybook pageantry.

The package comes with some informative supplements:

Viy the Vampire: An Interview with Richard Stanley

The Woods To The Cosmos: John Leman Riley On The History Of Soviet Fantasy And Sci-Fi Film

Three silent shorts, Satan Exultant, The Queen of Spades, and The Portrait. An original theatrical trailer for Viy rounds out the extras.

The late Russian and Soviet film scholar Josephine Woll’s excellent essay on horror and its thorny relationship with Russian cinema, Exorcising the Devil: Russian Cinema and Horror, can be found in the compilation Horror International.