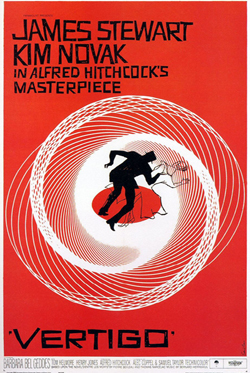 “Hitchcock’s masterpiece to date and one of the four or five most profound and beautiful films the cinema has yet given us”. That was critic Robin Wood’s astute 1968 evaluation ten years after Alfred Hitchcock’s final collaboration with James Stewart had been released to indifferent box office and unappreciative reviews. Tragic, obsessive and backed by an unforgettable Bernard Herrmann score, it’s one of the director’s most mesmerizing accomplishments. It knocked Citizen Kane off its nearly 50-year perch as the #1 picture of all time in the 2012 Sight and Sound decade poll of critics and filmmakers.