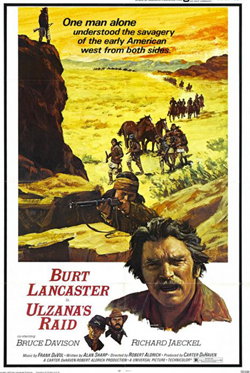 Robert Aldrich’s brutal Cavalry vs Indians western is a Vietnam allegory that pulls no punches when it comes to violence. However, there seems to be no definitive version, since Aldrich and star Burt Lancaster each prepared different cuts of the film which were released domestically and abroad, and then recut again, often to eliminate horse falls. Various video releases add and drop scenes, dialog and alter the music score.