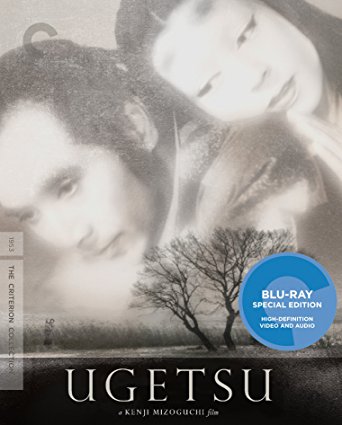 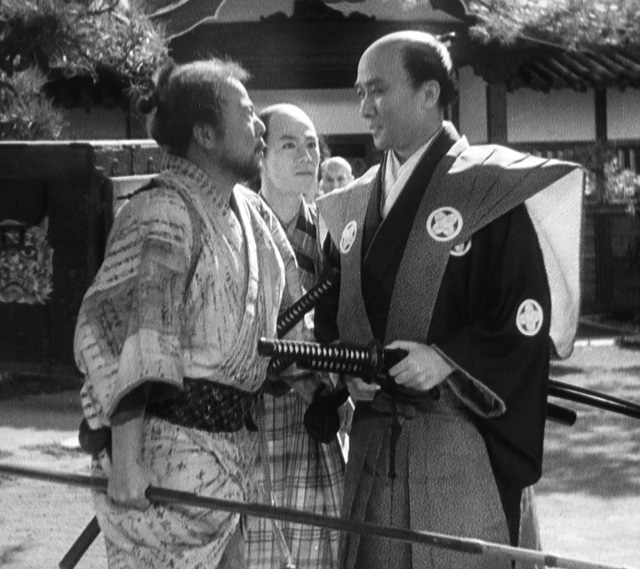 In 1941 Orson Welles was busy giving the film industry a hot foot with Citizen Kane, a bullet-train of a movie whose rhythms sprang from the ever accelerating hustle and bustle of contemporary American life. That same year one of Japan’s greatest filmmakers, Kenji Mizoguchi, was taking his sweet time with a four hour samurai epic set 240 years in the past, The 47 Ronin.

The story of a band of loyal soldiers seeking revenge on a corrupt landowner, The 47 Ronin plays out in a precisely measured, ceremonial style, its 241 minutes leading up to the moment when the fierce band of brothers finally make good on their vow to attack the castle of the craven aristocrat. And when that moment arrives, rather than a cathartic action sequence, the siege is simply described in a letter read by one of the movie’s minor characters. That, in a nutshell, is the Mizoguchi way.

The film was produced under great duress (Mizoguchi’s wife suffered a mental breakdown from which the guilt-ridden director never recovered) but the artist himself continued to flourish, producing a string of superb films with seemingly effortless ease that belied his obsessive, Kubrickian approach. Over the years his style became evermore refined, insulated (in a good way) from the fickle fluctuations of the moviemaking community, especially in light of the constantly changing landscape of American films.

The next decade was to be Mizoguchi’s most fertile period including 1952’s The Life of Oharu and 1954’s heartbreaking period piece, Sansho the Bailiff. Sandwiched between them was 1953’s Ugetsu in which Mizoguchi cobbled together the themes that would consolidate his artistic vision, adapting two stories from Ueda Akinari’s book Ugetsu Monogatari (roughly translated as Tales of the Moon Obscured by Rainclouds), ”The House in the Thicket” and “The Lust of the White Serpent”.

Mizoguchi, along with screenwriters Matsutarō Kawaguchi and Yoshikata Yoda, conflated Akinari’s fables about ghosts, love and loss, into a typically complex allegory about war… not just between clans or nations, but between the sexes. The centuries old subjugation of Japanese women is at the heart of Ugetsu, a melancholy masterpiece steeped in regret, a feminist ghost story directed by a repentant chauvinist. 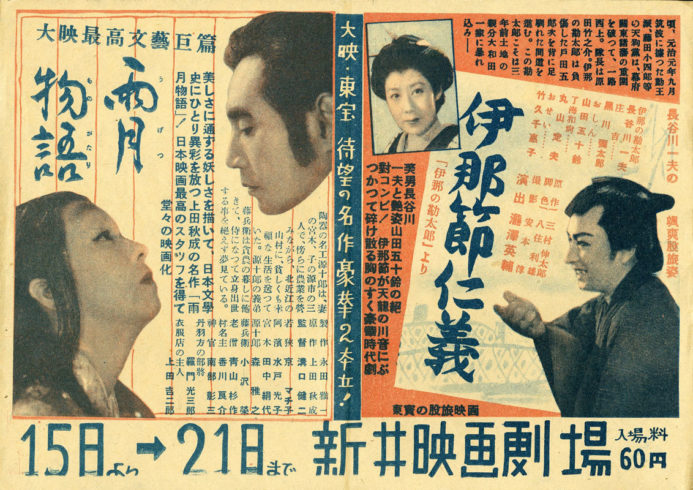 Masayuki Mori (the murdered samurai of Rashomon) and Eitaro Ozawa (Ishirō Honda’s The H-Man) are two wayward souls, Mutt and Jeff set loose in 16th century Japan. Mori plays an impulsive potter, eager to capitalize on the civil war advancing toward his village while Ozawa is a vainglorious fool who dreams of becoming a samurai. The two men strike out to make their quick fortunes and find themselves on two disastrously different paths. 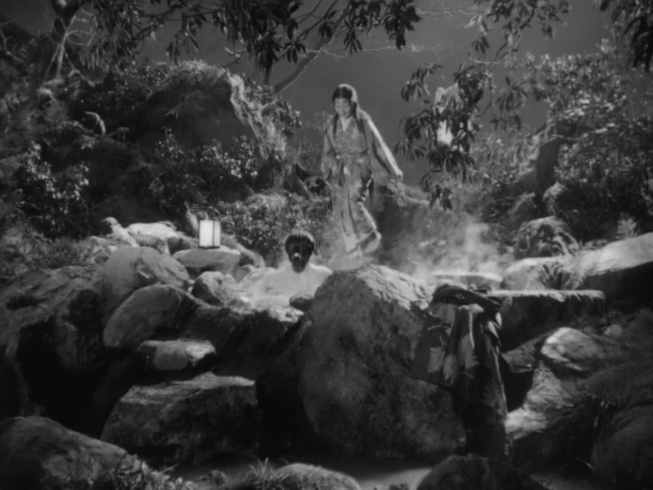 As Ozawa’s infantile quest puts his left-behind wife in peril, Mori profits, selling a collection of his pottery to an ethereal noblewoman (Machiko Kyō). She invites him to her castle where he enters a dream world reminiscent of the fairy tale landscapes of Cocteau’s Beauty and the Beast. Mori, consumed by the strange atmosphere and the forbidden charms of the celestial Kyo is eventually seduced by the beautiful aristocrat only to find that she is in fact a ghost, the specter of a woman deprived of love in her previous life.

In the end, the chastened Mori finally makes his way home where he finds his family has succumbed to the overarching spectral forces that have taken hold of his country.

Ugestu is a fable set in the 16 century about Japanese life in 1953. It’s also a ghost story about World War II. Mizoguchi, a Japanese Magic Realist with the soul of an Italian Neo-Realist, relays his tale with the fiercely beautiful imagery of a Japanese scroll artist (Jean-Luc Godard likened the director’s crane shots to “the clean and limpid line” of Katsushika Hokusai, the great artist of Japan’s Edo period). The beauty of Mizoguchi’s film only accentuates the horrors his characters and his country have sustained while Ugestu endures as his own personal mea culpa. 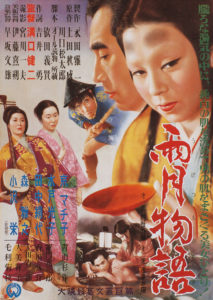 Though the gulf between Mizoguchi’s artistry in 1953 and the westernized culture of 2017 is separated by far more than the Pacific Ocean, Criterion has assembled a world class package that will hopefully encourage contemporary audiences to consider the director’s work.

First and foremost, the Criterion team has given Ugetsu one of their typically beautiful blu ray transfers with a new 4K digital restoration that allows the artistry of legendary cinematographer Kazuo Miyagawa (Rashomon, Yojimbo) its full expression. The shadows are appropriately deep and mysterious and the swirling fog, a problematic but necessary ingredient of the best ghost stories, shimmers like silky spiderwebs draped about the star-crossed characters.

The disc includes several superb special features including an audio commentary by Tony Rayns, “Two Worlds Intertwined”, a wonderfully lucid appreciation of Ugetsu by director Masahiro Shinoda (Double Suicide) and “Process and Production” a new interview with Tokuzo Tanaka (first assistant director on Ugetsu). There’s also an interview with cinematographer Miyagawa along with Spanish and Japanese theatrical trailers and an essay by Phillip Lopate along with the three short stories that inspired the film. The crown jewel of the extras, in what could be its own stand-alone release, is a two-and-a-half-hour documentary by Kaneto Shindo on the life of Mizoguchi: Kenji Mizoguchi: The Life of a Film Director.

Produced in 1975, Shindo (director of his own otherworldly ghost story, Onibaba) takes an almost obsessive approach to the ups and downs of the great director’s journey including awkward visits to the hospitals where Mizoguchi died and his wife was committed. Simultaneously haunted and enraptured by Mizoguchi and his work, Shindo’s painfully intimate approach would no doubt earn his subject’s respect.