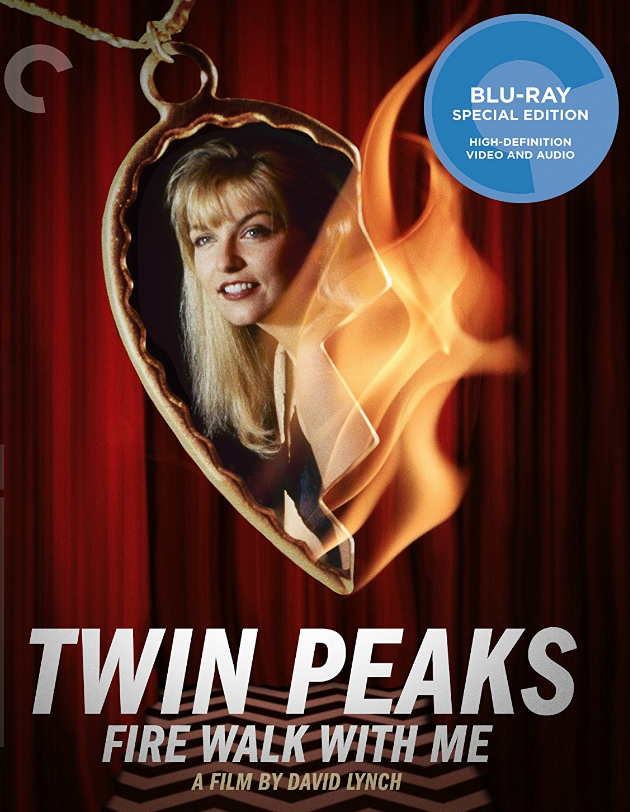 Making its debut in April of 1990, Twin Peaks arrived on ABC’s doorstep as a kind of Trojan horse, infiltrating the network disguised as a weekly melodrama while hiding its arthouse inclinations behind a Peyton Place exterior. A supernatural soap opera governed by doppelgängers, time travelers and the transmigration of souls, director David Lynch’s effort was a short-lived sensation but has since enjoyed its own reincarnations in a feature film, Twin Peaks: Fire Walk With Me, and the Showtime series, Twin Peaks: The Return.

The Return reunited the familiar characters created by Lynch and Mark Frost and passed them through a metaphysical meat grinder. The result was a mind-bending mix of slapstick comedy and nuclear nightmares, populist surrealism on a grand scale. Viewed in the shadow of that 18 hour behemoth, Fire Walk With Me’s initial impact has dissipated more than a little but it still manages to mesmerize with its savage and ultimately compassionate vision.

Advertising itself as the final days of Laura Palmer, the high school teen whose murder spurred the storyline of the original TV series, the film begins as two FBI agents, Chester Desmond and Sam Stanley, probe the death of a young prostitute whose body was found in the backwater town of Deer Meadow, Washington.

Desmond abruptly vanishes in the midst of his investigation prompting the arrival of straight-arrow Agent Dale Cooper who, true to his nature, is both pragmatic and poetic about the outcome; “The killer will strike again, but like the song goes, who knows where or when?” With that, Angelo Badalamenti’s dreamy music transports us to the lush woodlands of Twin Peaks and its most famous occupant, the enigmatic Ms. Palmer. 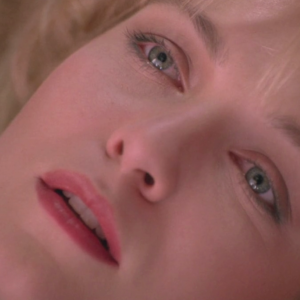 Hugging tight to her schoolbooks, Laura seems alternately anxious and bored; the blank-faced beauty has just seven days to live but she already seems dead to the world. Perhaps that’s just as well; her home life is a dysfunctional family circus and her nightlife a hot mess of slack-jawed JDs, pretty-boy bikers and sapphic sex games played out for greasy-haired johns. Her very existence is the definition of hell on earth,  so when the moment of her death arrives that hackneyed sentiment, “she’s in a better place”, is for once fully justified.

From Peyton Place to Lolita, Laura is the latest in a long line of good girls gone bad. By day an anesthetized debutante and by night a coked-up hooker, the troubled teen isn’t the only one in the family with a double life; her ferociously possessive father is controlled by the malignant spirit of Bob, a toothy hillbilly with a straggly grey mane and a permanent leer, the two-faced demon at the heart of Laura’s tragic secret.

Bob is a representative of the Black Lodge, a flickering enclave decorated by red-draped rooms, Deco furniture and Chevron floor panels. With its backward-talking dwarves, levitating demons and pulsating lightshow this creepy netherworld is decidedly discomforting but it is clearly in Lynch’s own comfort zone; for the painter/director, the recurrent visits to that unearthly space are an opportunity to present something like an ongoing exhibit, artwork that would be at home in any gallery displaying the otherworldly work of installation artists like Yayoi Kusama, Ed Kienholz or… David Lynch.

The film suffers from a few of the director’s worse predilections (he loves seeing how far he can push awkward moments and the acting occasionally veers into bug-eyed Tod Slaughter territory) but the film abounds in hair-curling sights and sounds that only Lynch could or would muster, like that grey-haired incubus slithering over its victim’s body or Laura’s demented father whipping her toward death like a demon-possessed coachman.

Sheryl Lee’s performance, both delicate and deranged, is the heart and soul of the film. An innocent upheld by nobility and suffering, she’s a small-town Falconetti who transcends her own trial by fire.

As The Return was readying its debut, Lynch himself remarked that Fire Walk With Me was “very important” in understanding the twists and turns of his 18 hour epic and FWWM is indeed responsible for many of the folkloric notions explored in The Return including a sinister ring passed from one victim to the other and the decrepit backroom inhabited by hirsute hobos (bearded precursors to The Return’s oily-skinned “woodsmen”). Even with the wondrously spooky manifestations of the Black Lodge and its terrifying and tender denouement, FWWM’s is best appreciated as a transitional work of art, a blueprint for Lynch’s 2017 masterwork.

Criterion has released Fire Walk With Me in a beautifully appointed new package containing a gorgeous transfer of Ron Garcia’s cinematography and a variety of Peaksian extras that do nothing to clear up any mystery, which is just the way the director would want it.

The most formidable supplement is the addition of The Missing Pieces, 1 hour and 31 minutes of deleted and extended scenes carefully edited by Lynch into an “almost” coherent narrative. The same compilation first released in the mega-set, Twin Peaks: The Entire Mystery, this special edit adds shading to characters, a little extra time among the denizens of the Black Lodge and also a surprising number of appearances from the original cast that didn’t make it to the theatrical cut, much to the consternation of die-hard Peaks fans.

The disc also includes newly filmed interviews with Sheryl Lee (clocking in at 22 minutes) and Angelo Badalamenti (with 20 minutes of memories from Lynch’s longtime musical collaborator).

Between Two Worlds is a 28 minute roundtable from 2014 featuring Lynch, Ray Wise, Grace Zabrinskie and Lee.

The supplements wrap with US and international trailers for FWWE and a trailer for the limited theatrical release of The Missing Pieces.