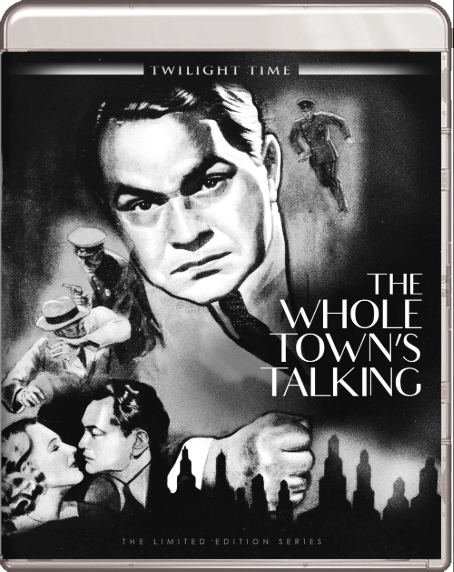 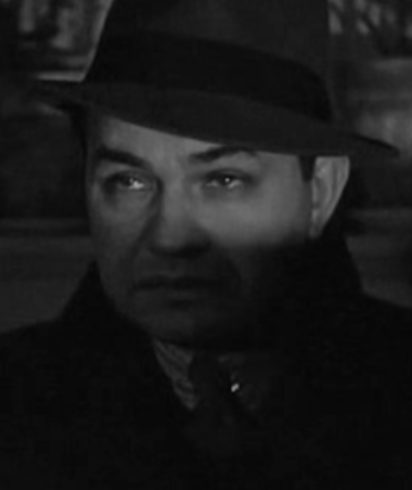 Overworked, under-appreciated and ever optimistic, Arthur Jones’ humdrum existence takes a turn for the weird when he returns home to find a stranger lurking in the shadows. Stranger still, the intruder is… Jones himself. Is this The Twilight Zone or a rough draft from Dostoevsky? No, it’s John Ford’s disquieting comedy from 1935, The Whole Town’s Talking.

Edward G. Robinson plays the mild-mannered paper pusher who bears more than a passing resemblance to a vicious mob boss named “Killer” Mannion. Once his co-workers note the uncanny likeness it’s all downhill – the delirious clerk is dragged to the police station for a brutal interrogation followed by that late night confrontation with the gangster himself. 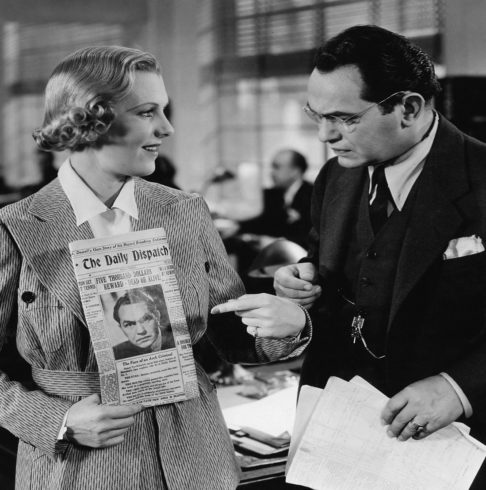 The mobster has arrived with an ultimatum – the two look-alikes will share the document that proves Jones’ innocence leaving the mean-tempered hood free to roam the streets and break the banks whenever the mood takes him. There’s an upside to the nervous bookkeeper’s predicament thanks to the sultry devil on his other shoulder, co-worker Wilhelmina “Bill” Clark, played by Jean Arthur.

A chain-smoking firebrand with a taste for bad boys, Bill proposes a mutually beneficial arrangement – she’ll assume the role of his press agent while Arthur gains a potential girlfriend – but Bill is not the only one who sees Arthur in a new light. 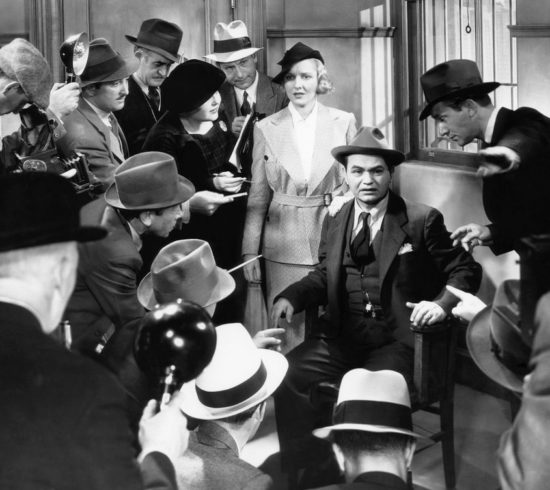 In the tradition of doppelgänger dramas like Poe’s William Wilson and Nabokov’s Despair, Arthur’s brush with the appalling Mannion lays bare his own dark impulses – under the right circumstances our good Samaritan can be as cold blooded as his diabolical double.

Ford lacked the light touch for screwball comedy (to put it mildly) and Jean Arthur’s brassy performance is at first blush broadly overstated, but Ford’s dynamic compositions are ignited by Viola Lawrence’s breathless editing – the whirligig shifts in tone would not be out of place in a Jonathan Demme film.

The two-pronged screenplay, both playful and grave, was by the prolific Jo Swerling and Robert Riskin (Swerling made a career out of injecting a melancholy undercurrent in lighthearted material like Made For Each Other and his uncredited work on It’s A Wonderful Life).

Combining a lighthearted farce with a death’s-head morality play was no mean feat but Ford is dazzlingly successful – the results are so unpredictable it’s as if he’s creating a new genre – the bone chilling moment when Jones gets in touch with his inner gangster is a profound turning point – not just for the character but the actor. 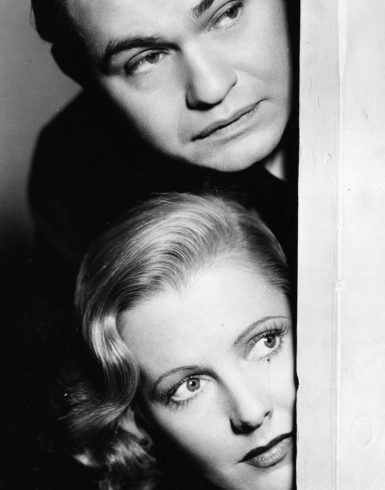 Based on W. R. Burnett’s Jail Breaker, the story could have been tailor made for Robinson. Fed up with an endless string of gangster roles and his career headed south, the actor jumped at the chance to reveal the yin and yang of his own nature – his measured performances as both angel and devil is a finely wrought self portrait of an actor at the crossroads.

The philosophical Robinson had dreams of being a rabbi and a lawyer – he amassed an extraordinary collection of art from Van Gogh to Picasso to Grant Wood that resides in the Museum of Modern Art. His post-Ford career was similarly diverse – war heroes, immigrant farmers, nosy claims adjusters and yes, the occasional gangster.

Twilight Time’s new Blu-ray release of this 82 year-old movie is lovely – not a revelation like the Universal horror films from the same period but it shows off the work of cinematographer Joseph H. August (1939’s Gunga Din and The Hunchback of Notre Dame) to fine effect. The disc comes with no extras.