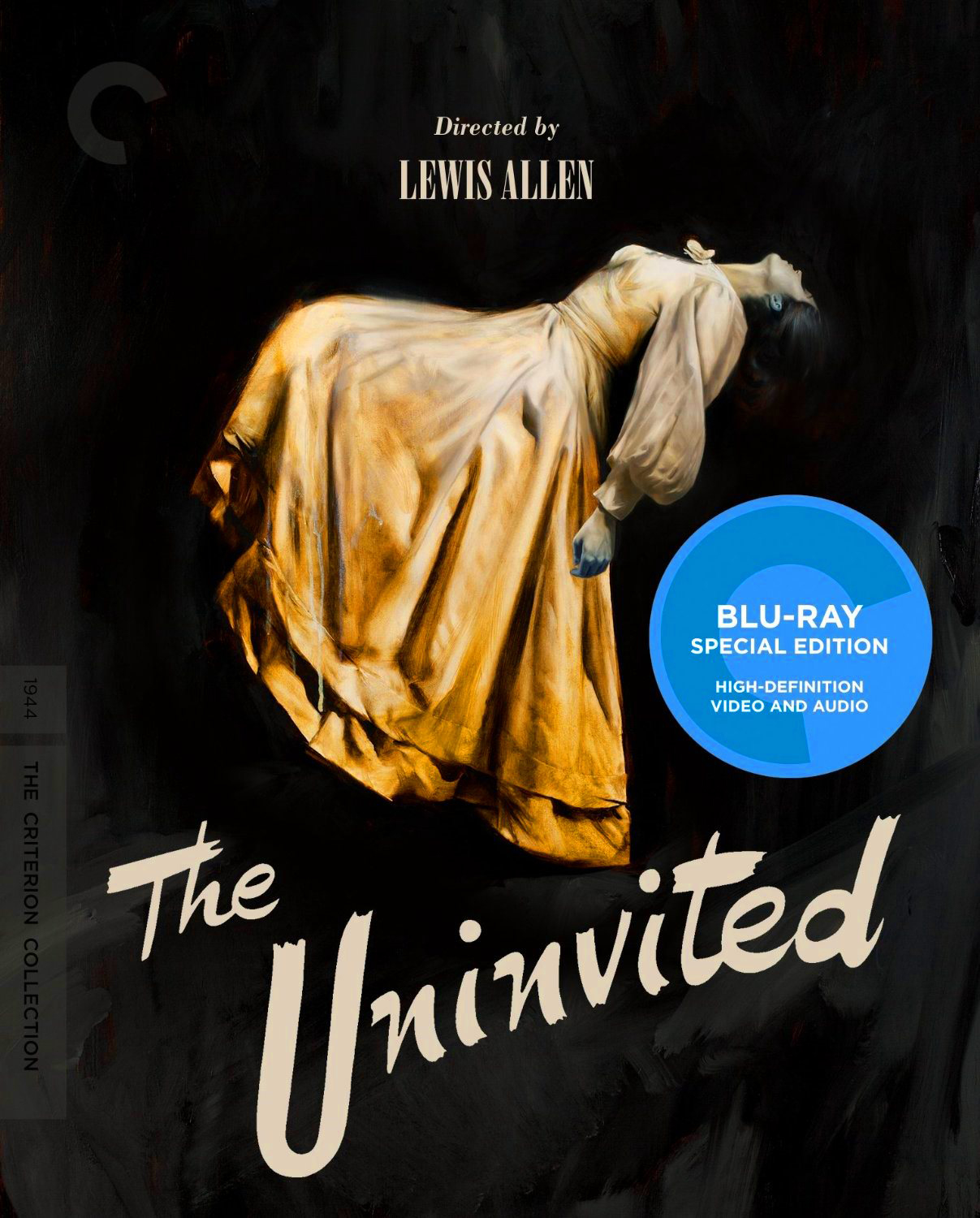 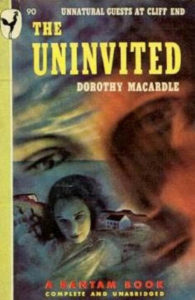 The story of a lonely young woman and the ghosts in her life, Dorothy Macardle’s Uneasy Freehold was published in 1941 and brought to the screen in 1944 as The Uninvited. The film follows the same trajectory as the book: Rick Fitzgerald and his sister Pamela are two Londoners searching for more peaceful surroundings when they discover their dream home on a sea-swept cliff in Cornwall – a vacant estate called Windward House. The couple’s first swing through the place is full of promise – roomy if dusty chambers, a kitchen ripe for renovation and a sunny studio overlooking the ocean. Once they take up residence, things change. One room is inexplicably cold. And at night, in what would be a deal breaker for most new homeowners, a woman’s sobs echo through the hallways. 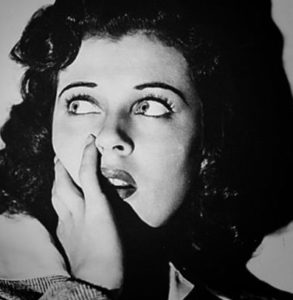 Stylistically, the novel is a garden-variety ghost story but there’s a prickly puzzle at the heart of the narrative that makes even its most threadbare cliches resonate. Trapped in that tangle of thorns is Stella Meredith who grew up in Windward House and whose parents died there – and died badly. Stella is the soul of the film – a tremulous beauty whose eyes, in Macardle’s words, were “eloquent with pleading.” That’s a fitting portrait of Gail Russell, the 19 year old actress who plays Stella. It’s because of her performance that, as the mystery of The Uninvited deepens, so does its emotional power. 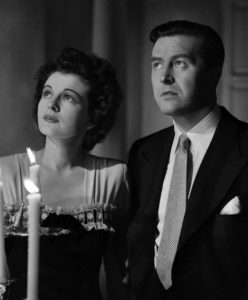 Ray Milland and Ruth Hussey play the siblings and their brash big city ways are a welcome antidote to the gloomy goings-on – especially when dealing with more opaque villagers like Stella’s grandfather Commander Beech (Donald Crisp). The starchy old fellow is so close-mouthed about the history of Windward House – it sat empty for 15 years – that Rick and Pamela are immediately suspicious. When the ghost accelerates its assault, the bold brother and sister transform into highly pragmatic, if nervous, ghost busters. In Rick’s case it’s more than just idle curiosity about her past that draws him to Stella.

Though the mystery is convoluted, one of Macardle’s clues is simple; a Mimosa blossom whose hypersensitive leaves close when touched (a trait that Stella shares). Its fragrance is a signal that the ghost of Stella’s mother is near – the only time the tortured child feels at peace. Then why does that maternal spirit lure her own daughter to the edge of a cliff one stormy night? Because the house is home to a second ghost; a woman named Carmen who – as rumor has it – stole Stella’s father from her mother and put an end to their marriage. Now it appears this green-eyed phantom is ready to put an end to Stella. 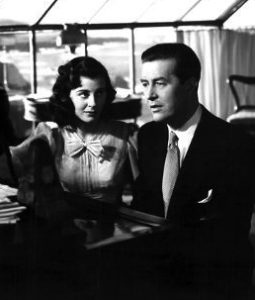 A slightly frosty actor in the best of circumstances, Milland melts when he’s near Russell. He’s just jaunty enough to playact the white knight while shivering in his shoes. In one of the most romantic scenes in movies, he plays a song written just for her, Stella by Starlight (a Victor Young composition that became a standard *). Bemused and adventurous, Ruth Hussey is a perfect match for Milland during their whistling-by-the-graveyard routines but it’s Russell who makes The Uninvited so inviting. She gives the kind of performance that only the most capable child actors can deliver –  like Judy Garland in The Wizard of Oz, Russell’s emotions are spontaneous and authentic – too vivid to be fabricated. 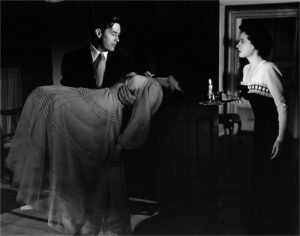 This was Lewis Allen’s first film and he directs with restraint and compassion, framing the narrative with just the right balance of romance and dread (sometimes they mingle). He makes sure the spirits are fully realized characters even though we never see them – except in one moment when Allen orchestrates a good old-fashioned scare for the blood and thunder finale.

After finding success as a director on Broadway Allen arrived at Paramount in 1941 where he helmed short subjects before trying his hand at feature-length films. He went on to have an even longer career in television directing episodes of Perry Mason, The Fugitive and Mission Impossible(!) As sublime as Allen’s work on The Uninvited is, cinematographer Charles Lang played a vital part in its success. His black and white work is startling – many of the scenes play out in near total darkness. If there was an artist who was the link between the chiaroscuro of Caravaggio and the inky interiors of Gordon Willis, it would be Lang.

Criterion’s Blu ray release (from 2013) gets Lang’s work just right (his extraordinary portfolio includes She Done Him Wrong to Some Like It Hot to Bob and Carol and Ted and Alice). The disc comes with a good assortment of extras including a unique visual essay by Michael Almereyda and two radio adaptations starring Ray Milland from 1944 and 1949. Rounding out the video content is the film’s original theatrical trailer and a 1997 interview with director Lewis Allen

Criterion commissioned one of their finest covers with illustrator Sam Weber’s painting, a starkly beautiful vision of a comatose – and floating – Gail Russell. The cherry on top  is a fine essay by Farran Smith Nehme whose typically evocative prose shines a bright light on the dark hallways of Windward House.

* Young’s song took on its own life outside the movie – in many respects enjoying a significantly higher profile than Allen’s film. It was covered by everyone from Charlie Parker to Frank Sinatra, finding its most unusual setting as an ode to that other Stella – Stella Stevens – in Walter Scharf’s high powered arrangement for Jerry Lewis’s The Nutty Professor. Here’s a small sample of the song’s interpretations.

Here’s Larry Cohen on The Uninvited