Ermanno Olmi’s three-hour saga is a masterful ethnographic recreation of the long-gone way of life of Italian tenant farmers, virtual slaves working for a landowner. We see the entire agrarian lifestyle, with hints of modern times on the way. An ever-present backdrop of spiritualism and faith keeps the laborers going. Using unprofessional actors and an obsolete dialect, this is listed as one of the great Italian films of the 1970s. 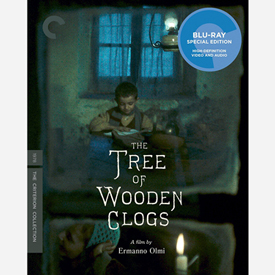 Some filmmakers move quietly from show to show, until a project comes along that’s hailed as a career masterpiece. For Italian Ermanno Olmi the film is The Tree of Wooden Clogs (L’albero degli zoccoli), an engrossing study of peasant life in Lombardy a hundred years ago, enacted by an amateur cast. 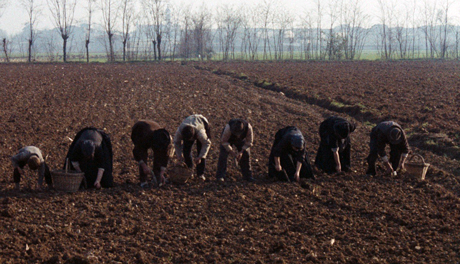 All of Olmi’s previous features had been studies of Italians struggling with employment problems. The films Il Posto and I Fidanzati show the realities of work impacting the human condition in the early 1960s. Olmi’s concern in those pictures is how the need to hold down a job distorts lives: “Work is man’s chance to express himself, the average person’s opportunity to be creative. What I am against is the relationship man has today with the world in which he works.”

The Tree of Wooden Clogs has much the same theme except it is concerned with the peasant experience of the late 19th century, when tenant farmers still worked for landlords in a feudal relationship dating from the middle ages. Work is the totality of these farmers’ lives — the picture is like an anthropological study. Crops are grown and harvested and animals are bred and slaughtered, all depicted in total detail. An entire year covers the labors of a group of four families quartered in a large farmhouse. One widow washes from dawn ’til dusk but still cannot feed her kids. The local priest advises that she consign the younger ones to the orphanage. Another family keeps having children, even though scraping by is becoming harder and harder. One son shows promise as a student, and his hopeful parents sacrifice for him. Instead of working, he walks six miles a day to attend school. 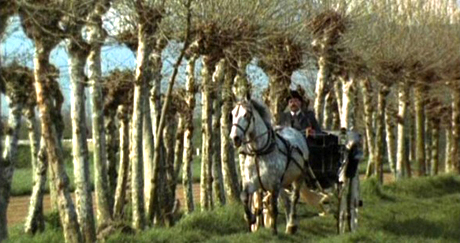 Those looking for conventional dramatic tension may be bored, but viewers interested in other lives lived in other places will be held by the strong story threads. Olmi came from a peasant background and has said that his grandmother told him many of the incidents in the film. Is the young boy wearing the wooden clog shoes meant to be Olmi’s father? In this northern province of Italy the dialect is called Bergomesque, and Olmi is as faithful to verbal details as he is to the pace of life on a farm. A young couple meet and court at a slow pace determined by the little community. A contented grandfather knows how to grow tomatoes early in the season when most of the ground is still frozen. In a charming scene he passes the secret on to his granddaughter.

The Tree of Wooden Clogs has been called a conservative answer to Bernardo Bertolucci’s fiercely political epic about roughly the same subject, Novecento / 1900. In Tree, leftist agitation is represented by a stuffy Marxist hectoring a crowd after a local fair. He lectures on economic disparity in big-city Italian and is treated like a foreigner; one of the peasants is far more interested in a shiny coin he finds in the mud. Later on the newlyweds go to the big town, there to find panic in the streets and mounted cavalry arresting demonstrators by the dozen. The couple stares in incomprehension. Progressive politics mean nothing to the peasants, who already live in a successful commune — they work and play as a group and help one another as best they can. The newlyweds even adopt an orphan.

In Olmi’s view the spiritual life is a natural and positive force. A badly needed cow is given up for dead by the veterinarian, so the mother prays in church and feeds it holy water. When the animal perks up, it’s considered a miracle. Olmi clearly believes that the peasants’ ties to nature and simple faith are lost qualities that made life better. His film is relatively free of the flipside of that equation, the ignorance, superstition and oppression that goes along with poverty. The film has a conservative “T’was ever thus” spirit that shows a hard but beautiful way of life by way of a natural cycle of adorable babies, hopeful newlyweds and sweet old people. The local priest is supportive and helpful, and his sermons are inspirational.

The theme that God Will Provide would dominate if it weren’t for one telling incident — when the schoolboy’s clog shoe breaks in half, his father fells one of the landlord’s trees to make a new one, with devastating consequences. The terrible result of the father’s offense is treated in the same way that Olmi handles a hit-and-run accident in one of his earlier films — we don’t see the family learn the bad news, only the sad results. Just as the driver in the other film can do nothing about the accident, the landlord’s decision is final and irrevocable. Olmi loves the peasant experience, but knows the system it supports is far from ideal. 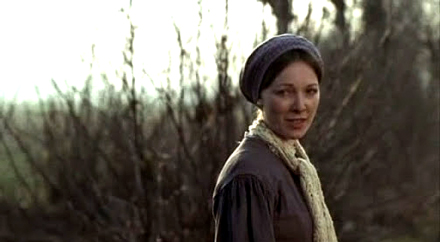 The Tree of Wooden Clogs is an unusual Italian film in that its audio was recorded directly instead of being post-dubbed. Director Olmi also makes creative use of off-camera sound. Every communal effort from harvesting to spinning thread to shucking corn seems to come with its own song. 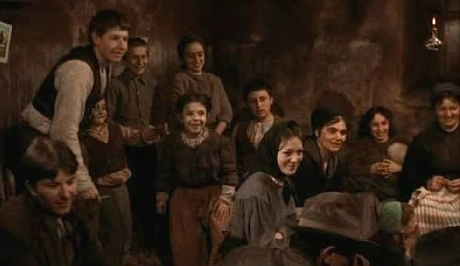 The Criterion Collection’s Blu-ray of The Tree of Wooden Clogs is presented in a glowing transfer that supersedes an older Koch Lorber disc, that was a time-compressed PAL conversion. At its full length the show is 187 minutes in duration. It is presented at 1:33 because that’s the way it was first shown on Italian television, in three one-hour episodes.

The film is a new 4K restoration. We learn on the extras that Ermanno Olmi did his own cinematography and editing as well as writing and directing; he also went to the trouble of having everyone speak in Bergomesque. That required the entire picture to be subtitled and made his producers unhappy. The apparently second-guessed him, as Criterion’s disc has an alternate track in conventional Italian. 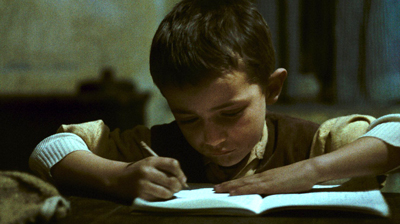 Filmmaker Mike Leigh contributes an introduction, while an episode of The South Bank Show takes us on location for the filming of the picture. A 2016 reunion at a film festival gives us a cast and crew discussion about their experience. Olmi himself appears in interviews from 1978 and 2008.

This isn’t an easy picture to appreciate on a cold viewing, which makes Deborah Young’s persuasive insert essay all the more welcome.

The Tree of Wooden Clogs
Blu-ray rates:
Movie: Excellent
Video: Excellent
Sound: Excellent
Supplements: New introduction by filmmaker Mike Leigh, Ermanno Olmi: The Roots of the Tree, an hour-long 1981 episode of The South Bank Show featuring an interview with Olmi on the film and a visit to the farm where it was shot; New program featuring cast and crew discussing the film at the Cinema Ritrovato film festival in Bologna, Italy, in 2016; Interviews with Olmi from 1978 and 2008; trailer, insert essay by film critic Deborah Young.
Deaf and Hearing-impaired Friendly? YES; Subtitles: English (feature only)
Packaging: Keep case
Reviewed: February 23, 2017
(5344clog)