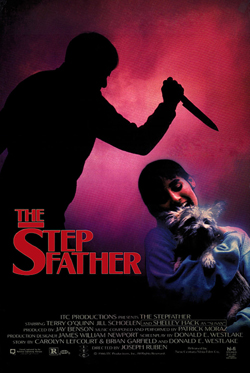 Character actor Terry O’Quinn makes the most of his greatest role in Joseph Ruben’s sleeper hit about a fastidious serial killer who moves from family to family on a black-hearted killing spree. Stepfathers II and III followed in 1989 and 1992, and a remake was loosed on an uncaring world in 2009.