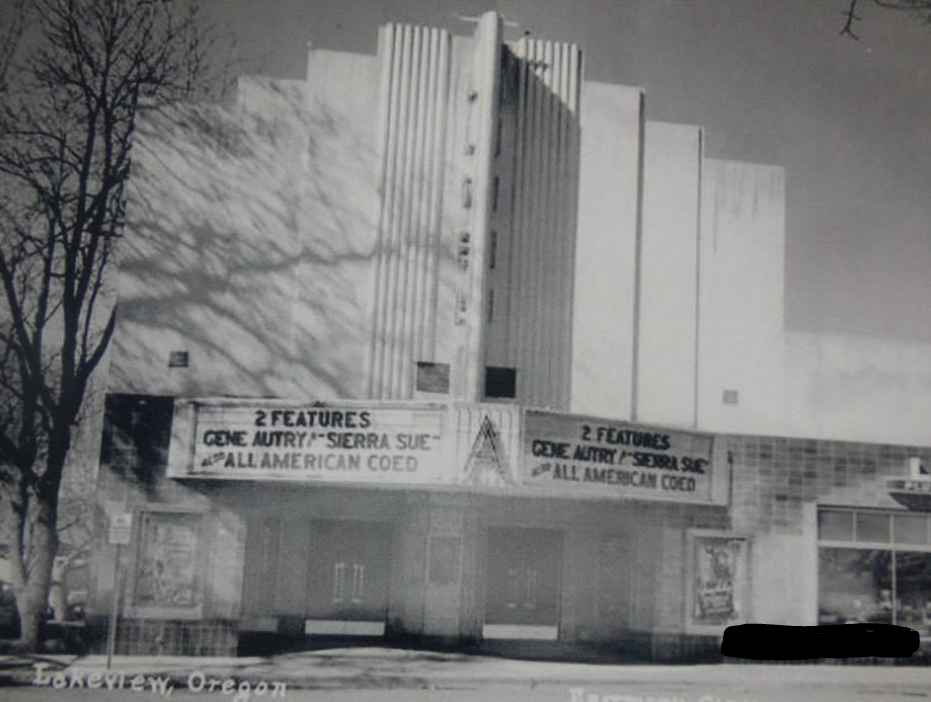 These photos of the Alger Theater date from about one to two years after its opening. Above, Gene Autry in Sierra Sue and All-American Coed were both released in 1941, and despite the “1938” notation on the lower photo, given the release date of Alfred Hitchcock’s Saboteur, the feature advertised on the marquee, the date of this photo is likely sometime after 1942.