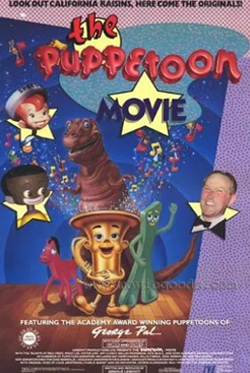 It was bound to happen, The Puppetoons meet Gumby in Arnold Leibovit’s 1987 tribute to director/animator George Pal. The film features 11 of the shorts Pal made between 1933 and 1948, some of the most charming animation ever produced – the essence of childhood fantasy. Pal’s classic work is also supplemented by newly animated wraparound segments including Gumby and Pokey, among others. Art Clokey supplied the Gumby and Pokey figures and provided the voice of Pokey. Gumby animator Peter Kleinow animated the characters, Gene Warren Jr. directed the animation, and Leibovit produced the enterprise and directed the voice performances of Art Clokey, Dallas McKennon, Dick Beals, and Paul Frees.

Arnold Leibovit
on
The Fantasy Film Worlds of George Pal
1985 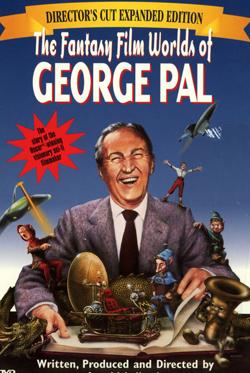 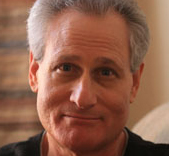 Arnold Leibovit is an award-winning writer, director and producer. He wrote, directed and produced the acclaimed film tribute The Fantasy Film Worlds of George Pal (1986), profiling the life of the titular Oscar-winning science fiction and fantasy film pioneer. Arnold also directed and produced The Puppetoon Movie (1987) featuring such classic animation characters as Gumby, Pokey and Tubby the Tuba and George's Oscar-winning animated shorts. Arnold executive-produced the 2002 Dreamworks/Warner Brothers remake of The Time Machine, starring Guy Pearce and Jeremy Irons. Arnold is currently executive-producing a fresh re-imagining of The Time Machine with It director Andres Muschietti at the helm and Leonardo DiCaprio also producing, as well a re-boot of George Pal's 7 Faces of Dr. Lao. The Puppetoon Movie Volume 2 is currently in the works.