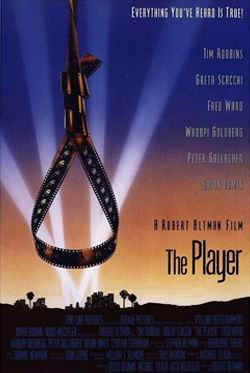 After a brief detour working in television and off Broadway, Robert Altman returned to the big screen with a vengeance in 1992’s The Player. Based on Michael Tolkin’s book about a murderous movie producer, the black-comic material seemed ready made for the acerbic director. Starring Tim Robbins as the guilty studio head, the film begins with a title sequence that satirizes tinseltown better than any full-length comedy. Hooray for Hollywood, indeed.