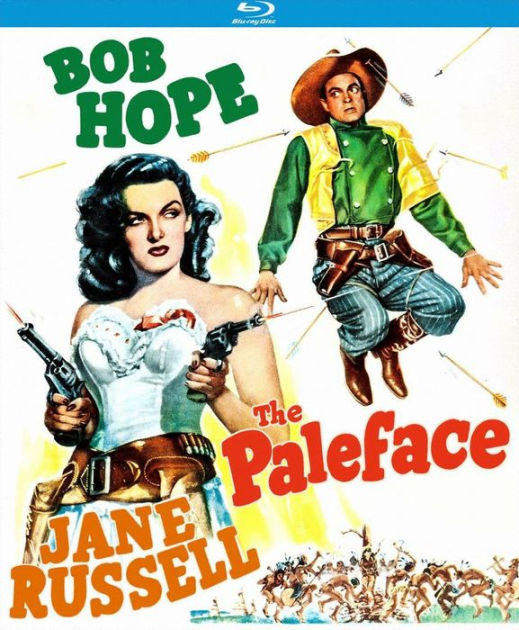 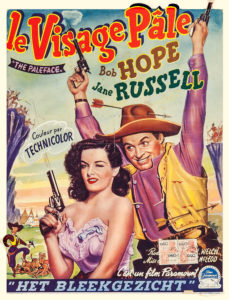 n 1934 Al Christie directed Going Spanish, a 19 minute farce billed as “An Educational Musical Comedy.” The movie is notable only for the film debut of Bob Hope whose wisecracks about the movie’s incompetence provoked Christie to cancel the comedian’s contract. Another filmmaker made his mark with the irascible producer too—Norman Z. McLeod got his feet wet working as title cartoonist for a series of silent films known as Christie’s Comedies. Pretty soon McLeod would be dealing with funny men in the flesh; W.C. Fields, the Marx Brothers, Danny Kaye and Hope himself. He would direct—and with those particular artists, “manage” might be a more appropriate term—some of the greatest comedies to emerge from the  studio system.

McLeod’s technique, a hands-off approach that was the opposite of showy, helped him navigate the mercurial egos of those head-strong comedians in classics like Horse Feathers, It’s A Gift, and The Secret Life of Walter Mitty. He first worked with Hope in Road to Rio beginning a happy collaboration that ended in 1959 with Alias Jesse James. In 1948 they got together for The Paleface, a comedy so popular it spurred a sequel, Son of Paleface, directed by Frank Tashlin, and a remake starring Don Knotts, The Shakiest Gun in the West. Tashlin was on board for The Paleface, too—he co-wrote the broadly cartoonish script and McLeod was wise enough not to get in the way of the gags or his leads, Hope and Jane Russell. 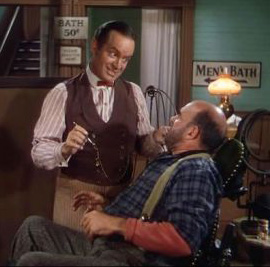 Hope stars as “Painless” Potter, a dentist on the run after a simple tooth extraction devolves into a slapstick take on the Spanish Inquisition. He crosses paths with another runaway—a sultry cowgirl named “Jane” who’s played by Russell—and the two fugitives enter into a marriage of convenience to avoid their pursuers. Soon enough Potter realizes that Jane is in fact, “Calamity” Jane, a desperado working undercover for the government and on the prowl for a gang of gun smugglers. Most of the humor comes from Hope’s cowering cowpoke act: he begs Russell to live up to her marriage vows right to the movie’s end when she reluctantly succumbs to his scatter-brained charms—reminiscent of W.C. Fields and Mae West’s fraught matrimonial adventures in My Little Chickadee. 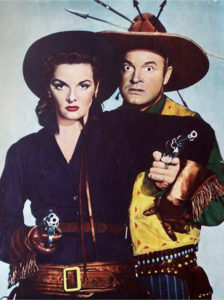 The 40’s were Hope’s most fertile decade but as the years wore on Hope wore down—the 50’s were slim pickings but that era wouldn’t prepare anyone for the awfulness of his output in the 60’s. The Paleface is far from his best of that fruitful decade (that would be The Ghost Breakers) but it’s inordinately fast-paced, has a plot tailor-made for its stars, and a romantic angle; Hope’s silliness is only enhanced by Russell’s spiky persona and their blossoming romance is surprisingly heartwarming. Hope also seems energized by the fairly faithful recreation of a bona fide cowboy movie—The Paleface could have been a snazzy Saturday afternoon matinee item even without its comedic elements and Russell’s buckskin-clad vamp—one part Indiana Jones, one part Annie Oakley, is a formidable character in her own right. 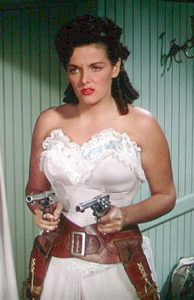 The good-humored Russell was just coming off a memorable roll in the hay in 1947’s The Outlaw but who knew she could embody both the stacked sex bomb and the two-fisted gunslinger from that same picture? Her presence in The Paleface was a revelation to many—her flair for music, comedy and dramaturgy—all of it contained in one hot-cha action figure—cemented her in most Hollywood minds as a multi-talented force of nature. Just around the corner were the noirish His Kind of Woman with Robert Mitchum (two chests for the price of one), Montana Belle, a film that traded on her Paleface character, and the ne plus ultra of Russell movies, Howard Hawks’s Gentlemen Prefer Blondes. 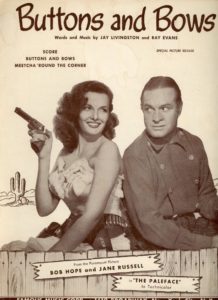 The real surprise is that that the picture is as much Russell’s as it is Hope’s. And he seems not to care a whit—he’s carefree, in his element, and surrounded by a trusty band of straight men comprised of Paramount regulars including King Kong‘s abductor, Robert Armstrong and Iron Eyes Cody. The picture was a smash and even won an Academy Award for Buttons and Bows, a pleasantly syncopated tune warbled by Hope. The script, written by Tashlin and Edmund Hartmann, is peppered with typical Tashlinesque sight gags that blend seamlessly with the narrative. Once again McLeod’s directorial style is all but invisible but his contribution is, as usual, just what is needed; you can feel him grinning on the sidelines along with us.

Any product associated with Tashlin seems to go hand in hand with Technicolor and Ray Rennahan, Oscar winner for Gone With the Wind, serves up a bright-looking picture (he was also responsible for the beautifully sinister two-color look of Doctor X and Mystery of the Wax Museum.) Kino Lorber’s presentation of Rennahan’s work is very fine. They’ve included a feature-length commentary from Sergio Mims and a smattering of extras—a short look at Hope’s wartime efforts, Entertaining the Troops, an excerpt from the wartime radio show, Command Performance, a Buttons and Bows “Sing-Along” and a handful of theatrical trailers.