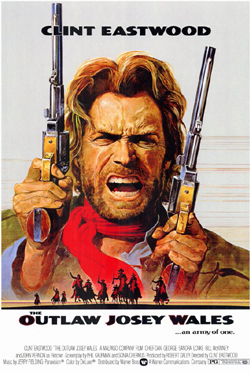 This troubled production is considered by Clint Eastwood  to be one of his best films. Audiences and critics agreed. Producer Eastwood was annoyed by director Philip Kaufman’s meticulous attention to detail and had him replaced by Eastwood himself, leading to a Directors Guild of America fine and the installation of The Eastwood Rule, designed to discourage producers from taking over directorial reins on a film.