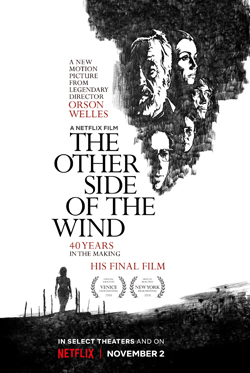 The Other Side of the Wind

The story of The Other Side of the Wind – a film begun by Orson Welles in 1970 that finally arrived in theaters in 2018 – encapsulates the ongoing struggles of the great director when it came to getting a movie made. Finally assembled long after Welles’ death by Peter Bogdanovich, Frank Marshall and editor Bob Murawski, the released cut reveals Welles was an experimental artist to the last shot. Starring a quirky cast worthy of Touch of Evil that included John Huston, Susan Strasberg, Edmond O’Brien and Bogdanovich. 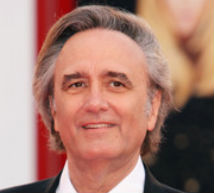