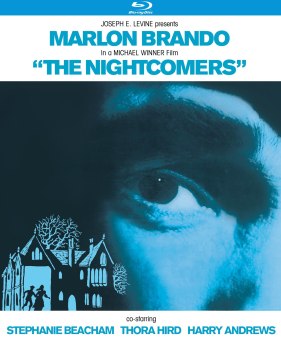 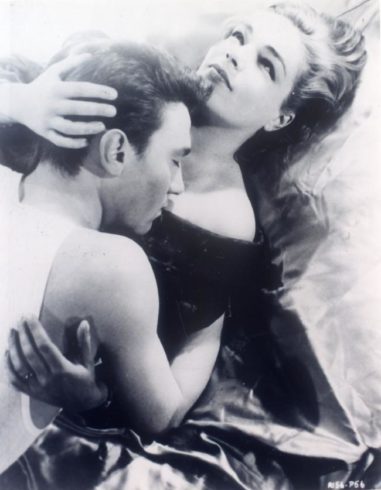 Between 1944 and 1992 Jack Clayton directed just nine movies but they included some of the most elegant yet clear-eyed films to come out of post-war Britain – from the hard-knock realism of Room at the Top to the broken-marriage reverie of The Pumpkin Eater. A man of letters as well as cinema, his relatively brief career was spent collaborating with writers like Wolf Mankowitz, Harold Pinter and Truman Capote.

It was in the early 70s that Winner began to traffic in distinctly American product like Chato’s Land and Scorpio – but his exploitation bona fides bloomed with 1974’s Death Wish – a primal revenge fantasy set far from Carnaby Street that was as crude in its intentions as a Crown-International release. 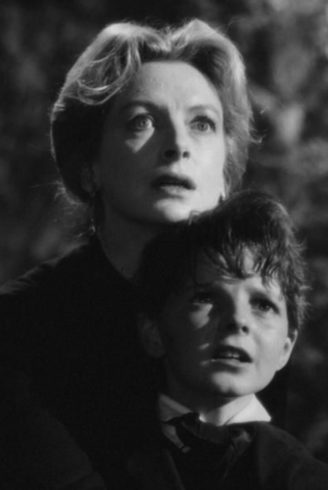 There were never two filmmakers so unalike as Clayton and Winner – and no two movies so unalike as The Innocents and The Nightcomers. Winner’s 1971 prequel to Clayton’s esoteric ghost story trashes every bit of poetry that made the 1960 chiller a singular classic.

The Innocents starred Deborah Kerr as Miss Giddens, the fastidious governess in charge of Miles and Flora, two otherworldly adolescents who share an odd affinity for Bly House, the drafty fortress the trio calls home.

Giddens’ increasingly strange interplay with the youngsters is accompanied by amorphous visions of Miss Jessel, the children’s former – not to mention deceased – nanny and a glowering specter once known as Peter Quint. Are the ghosts real or is the governess mad? The film’s finale hints at the truth as Miles succumbs within Giddens’ shockingly intimate embrace. 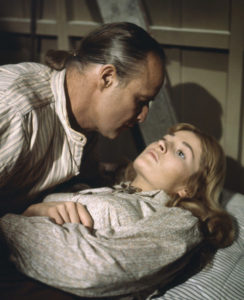 In Winner’s film, set just a year before the awful circumstances of The Innocents, we meet Jessel and Quint in their flesh and blood incarnations. Stephanie Beacham plays the not-so-chaste young guardian for the newly orphaned Flora and Miles played by Verna Harvey and Christopher Ellis (Pamela Franklin and Martin Stephens did the honors for Clayton).

Both children and governess are in thrall to the estate’s gardener – the mud-stained Irishman Quint played by Marlon Brando. The children are too young to understand their slavish devotion will lead to nothing but trouble. Trouble is just what Miss Jessel is looking for.

By day Jessel is a perfect parody of the schoolmarm, keeping watch over the children while running through the alphabet. The swampy backwoods are Quint’s classroom and he educates the precocious duo from a different perspective – hardscrabble lessons about life including the perils of religion and the best way to torture a frog. Unsurprisingly, Quint’s cruelty is not limited to animals. At night he joins the willing Jessel in an exercise that exacts harsh punishment for an incorrect answer. 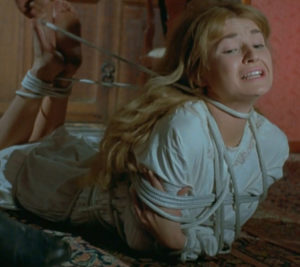 Curiosity killed the cat and it begins to consume Flora and Miles. Spying on Jessel and Quint during their hazily shot S&M sessions, the wide-eyed youngsters begin to absorb – all too well – Quint’s philosophy, a degenerate conflation of love and hate.

The film was released just a year before Brando’s double-barreled triumphs in The Godfather and, more to the point, Last Tango in Paris, where the spectacle of a middle-aged tomcat wrestling with a voluptuous adventuress half his age recalls the May-November horseplay in The Nightcomers – but the comparison doesn’t end there. 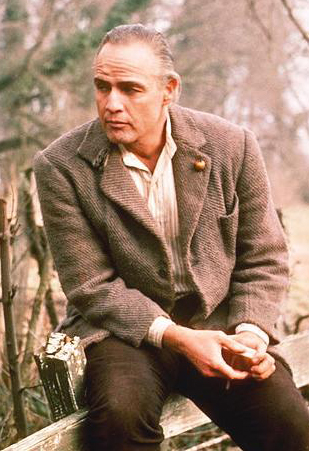 Whether he is slumming or digging deep, Brando decides to kill time engaging in post-coital bedroom chat and lyrical childhood musings – versions of which found their way into the Bertolucci film.

Those monologues certainly don’t resonate as they would in Tango and Winner’s clumsy sadomasochistic fantasies are pure Skinemax compared to Bertolucci’s combustible sex scenes. Winner’s foray into Kraft-Ebbing is as delicately modulated as his revenge films with Charles Bronson.

Though the director’s approach is ham-handed, Robert Paynter’s cinematography is definitely not – his luscious images are given a fine showcase in Kino Lorber’s new Blu ray release. The disc comes with an introduction from Winner along with an archival audio commentary from the director plus a new audio commentary by Kat Ellinger.

Rounding out the package is an assortment of trailers featuring Brando including The Nightcomers, The Missouri Breaks and, good grief, Candy.