Paolo Sorrentino makes movies the way musicians create music—lingering themes swirl together with short spurts of philosophical flirtation and bawdy jokes, placid imagery routinely collides with florid representation and the occasional heavily laden visual metaphor. But they also have an ephemeral quality which suggests a certain resistance to the rigidity of interpretation, that the experience of the way the images and sounds come together (or don’t) is the primary attraction. And it’s all seemingly colored by an underlying suspicion that whether it’s the devil or the divine in the details, to resist luxuriating in them would be to risk missing the overarching emotional pull Sorrentino’s movies are capable of, which for all their intellectual dabbling is what ends up being their most potent and meaningful quality. 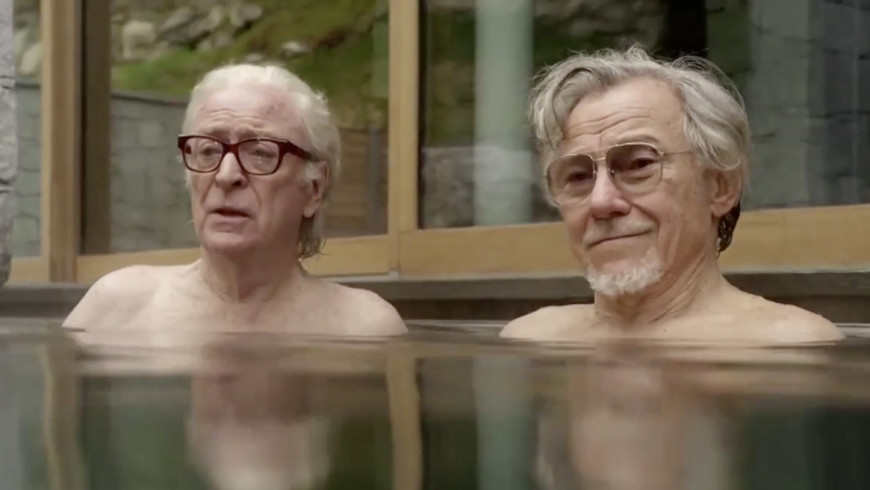 A movie like The Great Beauty seems itself to sing, its techno-blasted party-at-the-edge-of-eternity vibe in contrapuntal balance with the mournful countenance of antipathetic writer Jep Gambardella (Toni Servillo) and his resistance to capitalize on his fame and fully confront the tragedy of the past. Conversely, Sorrentino’s strange, haunted, not-entirely satisfying This Must Be the Place (2011) orbits around an aging singer-musician (Sean Penn channeling the Cure’s Robert Smith) who still indulges in the signature fashion of his glory days yet is so recessive in manner that he barely even seems to have a voice at all. Despite its own obviously musical tendencies, including an appearance by David Byrne and the interweaving of the song that provides the film’s title within the musical cues on the soundtrack and in the story (it’s a Talking Heads wrinkle on The Long Goodbye), This Must Be the Place often seems, at least on one level, to be about the inability to sing. 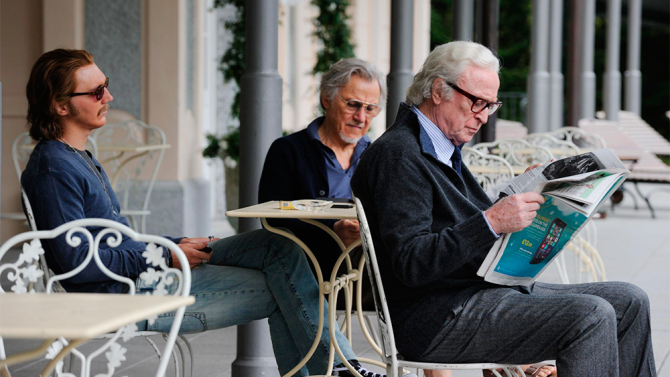 Sorrentino’s latest, Youth, begins by setting us down on a rotating stage, our gaze fixed on a pop singer who performs while her audience, the guests at a posh Swiss resort, swirl around her in the shadows. Among those guests are Fred Ballinger (Michael Caine), an aged composer-conductor who near the film’s beginning politely refuses a request by a representative of Queen Elizabeth to perform his signature composition, “Simple Songs,” for Prince Phillip’s birthday. (Subsequent refusals from none-too-easily dissuaded royalty become increasingly impolite.) Ballinger travels with his daughter/assistant Lena (Rachel Weisz), married, but not for long, to the son of Mick Boyle (Harvey Keitel), Ballinger’s longtime friend, a film director current brainstorming his latest picture, which Boyle imagines will be a summation of his artistic ambitions, with the help of a cadre of young screenwriters who seem pleasantly dazed by their posh surroundings. Paul Dano rounds out the cast as Jimmy Tree, a hipster movie actor burnt out on fame who attaches himself to Ballinger, with whom he senses a kindred spirit in professional weariness. (Like a friend and fellow Sorrentino fan expressed to me, I too was hoping for a Toni Servillo cameo, but alas, it was not to be.)

Ballinger’s decision whether or not to perform the piece, and the impending revelation of the “personal reasons” he has for resisting the opportunity, are Youth’s primary concessions to plot. And despite the occasional wry humor wrung from struggles with unpredictable prostates, the movie, no surprise, turns out not to be the slightly more somber and contemplative wrinkle on Grumpy Old Men suggested by its domestic trailer. It lacks a compelling figure, like Jep Gambardella, around which everything else seems to orbit, throbbing to overwhelming beats and soaring symphonic flourishes which seem natural extensions of that core presence. Instead, Sorrentino conducts a poetically infused system of moments in which the characters are allowed to basically think out loud in interaction with each other, to express uncertainties, to wrangle with the formation of ideas, to confront experiences of loss, ambition, failure, betrayal, epiphany and surrender to either despair or hope.

These moments that compose the majority of Youth are like tiny arias echoing among the finery of a beautiful landscape that might swallow them up, were it not for the vividly imagined, occasionally precocious imagery rendered by Sorrentino’s favored cinematographer, Luca Bigazzi (easily my favorite name in the hall of great directors of photography). Sorrentino and Bigazzi seduce the audience into a sort of waking dream—everything feels clear, immediate, yet the effect of the imagery as a whole is diffuse, as if the whole movie were being transmitted on gossamer and constantly subject to floating away on a brisk curl of mountain air.

Not all floats on that breeze, however. There are exchanges which may be philosophically sound (“Desire makes us alive”) that still clink with the sound of an Italian writer-director striving for transcendence in a language not his own. And early on, when Ballinger describes, with a dash of narrative portent, his bemusement with monarchy to the queen’s man (“It’s so vulnerable; remove one person and it all falls apart… like a marriage”) I began to wonder if the metaphors, this one and those surely to come, might all play better in Italian, with subtitles, so we might imagine a more eloquent phrasing the exclusively English-speaking among us can’t understand. Caine carries the moment though, and every moment he’s in, through the tremulous sadness and resign in his voice. He gives the movie blessed, earned weight, especially when he’s forced to confront the awful finality of two dear voices forever silenced, and the tender note of ambivalence on which he ends his stay with the audience made me marvel at how simple he makes holding that audience seem.

In fact, among those tiny arias, the good, the wonderful, and even the clunky, there are only two major scenes in the film that revolve around extended exchanges of dialogue. One is given to Rachel Weisz, in which she takes a potentially musty monologue centered on her bitter relationship with her father and seems to alchemically invest it with fresh, beautifully modulated reserves of anger and fearful frustration. The other is given over to Jane Fonda as Brenda Morel, the prepossessed, frighteningly assured actress around whom Doyle is fashioning his latest film. Fonda embraces the fierceness of this woman, from her harsh honesty through to the desperation lurking just under her mask of Hollywood-inspired preservation, and Sorrentino holds us in her piercing gaze. She hasn’t had a moment like this in a movie since Bree Daniel checked her watch. 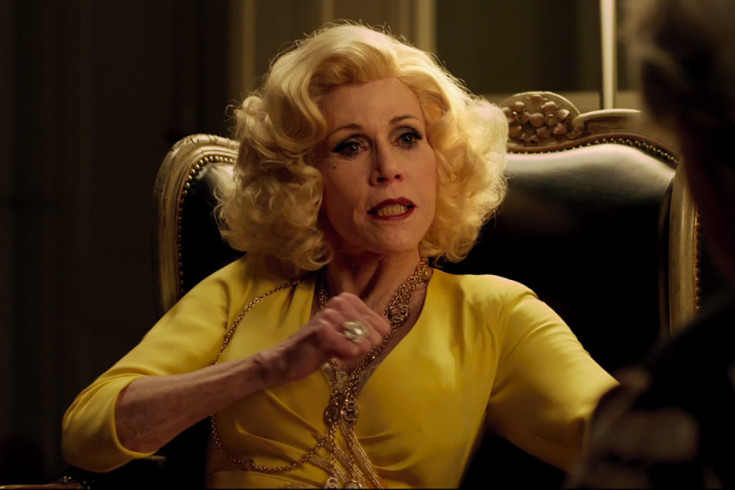 Sorrentino’s indirect, affected, decidedly more European approach to storytelling risks putting some people off, and several seated in the screening where I saw the movie began to get noticeably restless around the halfway mark. But if you can find your way to his wavelength, the music he makes, in collaboration with Bigazzi and a cast of familiar and unfamiliar faces, which might seem banal at first, ends up on notes of genuine, perhaps even inexplicable empathy. The brilliant soprano Sumi Jo performs Ballinger’s “Simple Songs” near the movie’s end, and something about the moment made the emotional effect of Youth, which seemed pent up for so long, coalesce into something that maybe I don’t want to fully understand— on some level I’d rather preserve the mystery of what Sorrentino manages to do when he’s really cooking. By the time I became overwhelmed by David Lang’s haunting medieval incantatory “Just,” which plays as the end credits roll, I had to concede that, as Doyle argues to Ballinger before he leaves the resort, emotions are all we have. Youth is a gorgeously orchestrated movie which pays eloquent musical homage to that simple song, and it sent me back out into the world on a melancholy high.