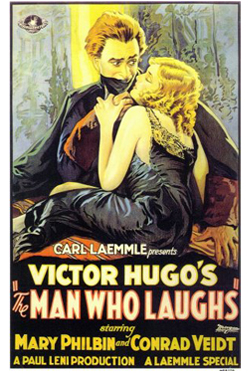 The Man Who Laughs

Based on Victor Hugo’s 19th century novel, Paul Leni’s The Man Who Laughs is one of the most influential achievements in film history, if for no other reason than as the inspiration for The Joker. A soulful Conrad Veidt stars as Gwynplaine, a circus clown whose permanent grimace is a mocking reminder of his miserable fate. Mary Philbin plays his beloved Dea, a blind girl with the ability to “see” the real Gwynplaine. Olga Baclanova, villainess of 1932’s Freaks, co-stars, and Jack Pierce, the make-up genius behind Frankenstein’s monster and The Mummy, created Veidt’s nightmare smile.

A high quality print of Leni’s film can be seen here: The Man Who Laughs.

William Malone
on
The Brain Eaters
1958 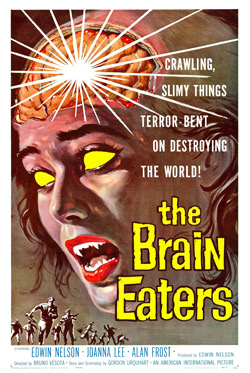 William Malone
on
The Colossus of New York
1958 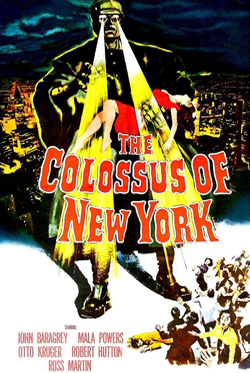 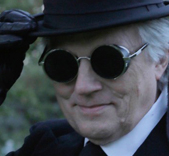 “Born in Lansing Michigan, William Malone, like many of his horror colleagues, grew up watching “Shock Theater” and reading "Famous Monsters of Filmland.” In the 1970s, with a background in sculpting and painting, Malone secured a position at DonPost Studios (a mask and make-up FX firm). During his tenure there, he created many masks and props for films including sculpting the original William Shatner mask that became the iconic Michael Myers from HALLOWEEN. In 1980, he left Don Post to pursue his dream of being a filmmaker. Mortgaging his house, he made his film debut writing and directing the low-budget feature SCARED TO DEATH. Later, Malone went on to a successful career making such films as HOUSE ON HAUNTED HILL, FEAR DOT COM, PARASOMNIA and many TV shows including TALES FROM THE CRYPT and MASTERS OF HORROR"