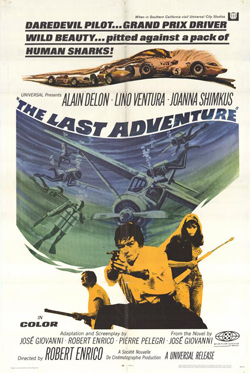 Although this bittersweet French adventure-drama was one of Alain Delon’s biggest domestic hits in 1967, it was dumped onto double bills by US distributor Universal two years later and is undeservedly obscure today. Director Robert Enrico, perhaps best known to American audiences for the short film Occurrence at Owl Creek Bridge, directs Delon, Lino Ventura and Joanna Shimkus as three amiable losers who strike out on a misbegotten search for buried treasure.  Unavailable on US home video, it’s a little gem. Remade as a 1974 Japanese production titled The Homeless.