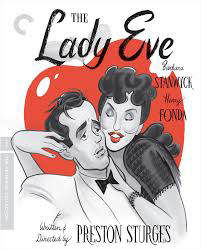 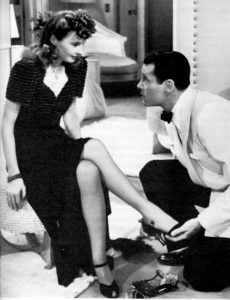 In The Lady Eve a wealthy ophiologist named Charlie Pike and a sexy card shark named Jean Harrington fall in love. It’s a rapid-fire romance fueled by equal portions of love and lust and when the affair crashes and burns, director Preston Sturges simply restarts the movie: Jean reintroduces herself to Charlie as a British socialite named Eve and la affaire d’amour begins anew. The brazenness of her charade is part and parcel of Sturges’s own impudent take on the Human Comedy – the result is a screwball work of art.

Henry Fonda is Charlie and Barbara Stanwyck plays Jean – they meet aboard a cruise ship where Jean’s father, an avuncular but remorseless con man played by Charles Coburn, has pigeonholed Charlie as a sucker par excellence. He’s right; the old conniver manages to fleece the beer baron out of $32,000 but by then it’s too late – both his daughter and his patsy are headed for the altar. Those plans don’t last long – Pike’s right-hand man Muggsy is on to the grifters and once Charlie learns the truth the engagement is off. The furious Jean promises a revenge served cold with wedding cake as dessert – “I need him like the axe needs the turkey” and voilà, the Lady Eve enters Charlie’s life where she re-seduces him in record time. 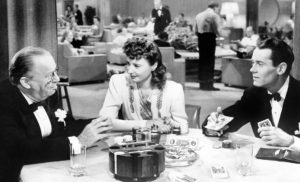 Though the frantic plot twists and turns sound exactly like a typical Sturges spree he actually adapted Eve‘s storyline from a short story called Two Bad Hats by the Irish playwright Monckton Hoffe. Sturges came to Hollywood as a powerhouse playwright himself (Strictly Dishonorable had been a Broadway smash in 1929) and 1941’s The Lady Eve was seen as his first real A picture for Paramount after the modest successes of The Great McGinty and Christmas in July. From its inception Eve went through a string of possible Charlies and Jeans including Brian Aherne, Madeleine Carroll, Claudette Colbert, Paulette Goddard and Joel McCrea. 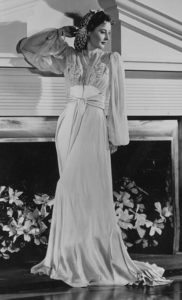 The parts eventually went to Fonda and Stanwyck, a potent match that pits Fonda’s expert impersonation of a yokel with a snake fetish against Stanwyck’s smoldering portrait of a predator with a heart of glass. She instigates their first meeting simply by tripping him – it’s the easiest way to land him at her feet. Just like that other Eve, Jean hasn’t fallen too far from the tree – she’s been raised by her unscrupulous pop to know a rube when she sees one. But the guileless Charlie has the opposite of a poker face and Jean is melting before she knows it.

The movie exists inside Sturges’s own fantasy land – a shiny Art Deco  bubble that keeps the real world at bay. It’s 1941 and the only mention of the horror outside is a quick impression of Hitler courtesy of the hot-tempered Muggsy. Edith Head’s costumes (her design for Stanwyck’s first appearance aboard the cruise liner is a lulu), Hans Dreier and Ernst Fegté’s art direction and Victor Milner’s cinematography all combine to give Eve the satiny sheen of an especially rowdy Astaire-Rogers film (Milner was Sturges’s go-to cameraman on Christmas in July, The Palm Beach Story, The Great Moment and Unfaithfully Yours). 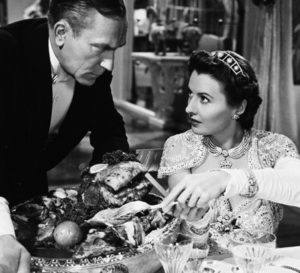 The roller coaster romance is attended to by Sturges’s usual Greek chorus of vaudevillians and slapstick artists: pratfall master William Demarest plays Muggsy (hot-tempered but clear-eyed, he’s the only one who seems to realize that Eve is “definitely the same dame”), the growling Eugene Pallette plays the elder Pike and perennial butler Eric Blore is Sir Alfred McGlennan Keith, the fastidious swindler who assists “Eve” on her mission to bring down Charlie.

Though Paramount suits were nervous about their wunderkind director, responses to The Lady Eve helped sooth their fears; the film landed in 1941’s box office top ten and critics far and wide did somersaults – Bosley Crowther hailed Sturges as a director with “a new mode of expression… Frank Capra, Leo McCarey, René Clair and even Charlie Chaplin at his best have nothing on Mr. Sturges…”

Criterion’s new Blu ray release presents a sparkling rendition of Milner’s photography and the disc boasts several terrific supplements including an essay from Geoffrey O’Brien and the Lux Radio Theater adaptation with Stanwyck and Ray Milland. Also included is a real treat, a conversation about The Lady Eve hosted by Tim Sturges (the great man’s son) with Peter Bogdanovich, Leonard Maltin, James L. Brooks, Ron Shelton, Susan King, Leonard Maltin and Kenneth Turan. It may be the first incidence of the socially-distanced Blu ray extra – shot in the spring of 2020, it all plays out via the now all-too-familiar Zoom  experience with the participants appearing in a mosaic of talking heads.

The official rundown of extras, per Criterion’s site:

Introduction from 2001 by filmmaker Peter Bogdanovich

Audio recording of “Up the Amazon,” a song from an unproduced stage musical based on the film