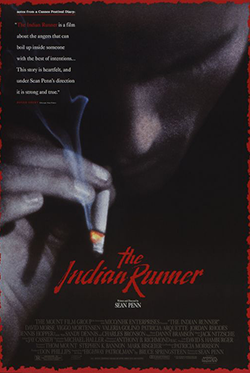 In his behind the camera debut, actor Sean Penn wrote and directed this unheralded ’60s era Nebraska-set drama inspired by Bruce Springsteen’s song Highway Patrolman. The last film of actress Sandy Dennis, who plays the wife of Charles Bronson in one of his last substantial dramatic roles. Look for Benicio Del Toro in his third film appearance.