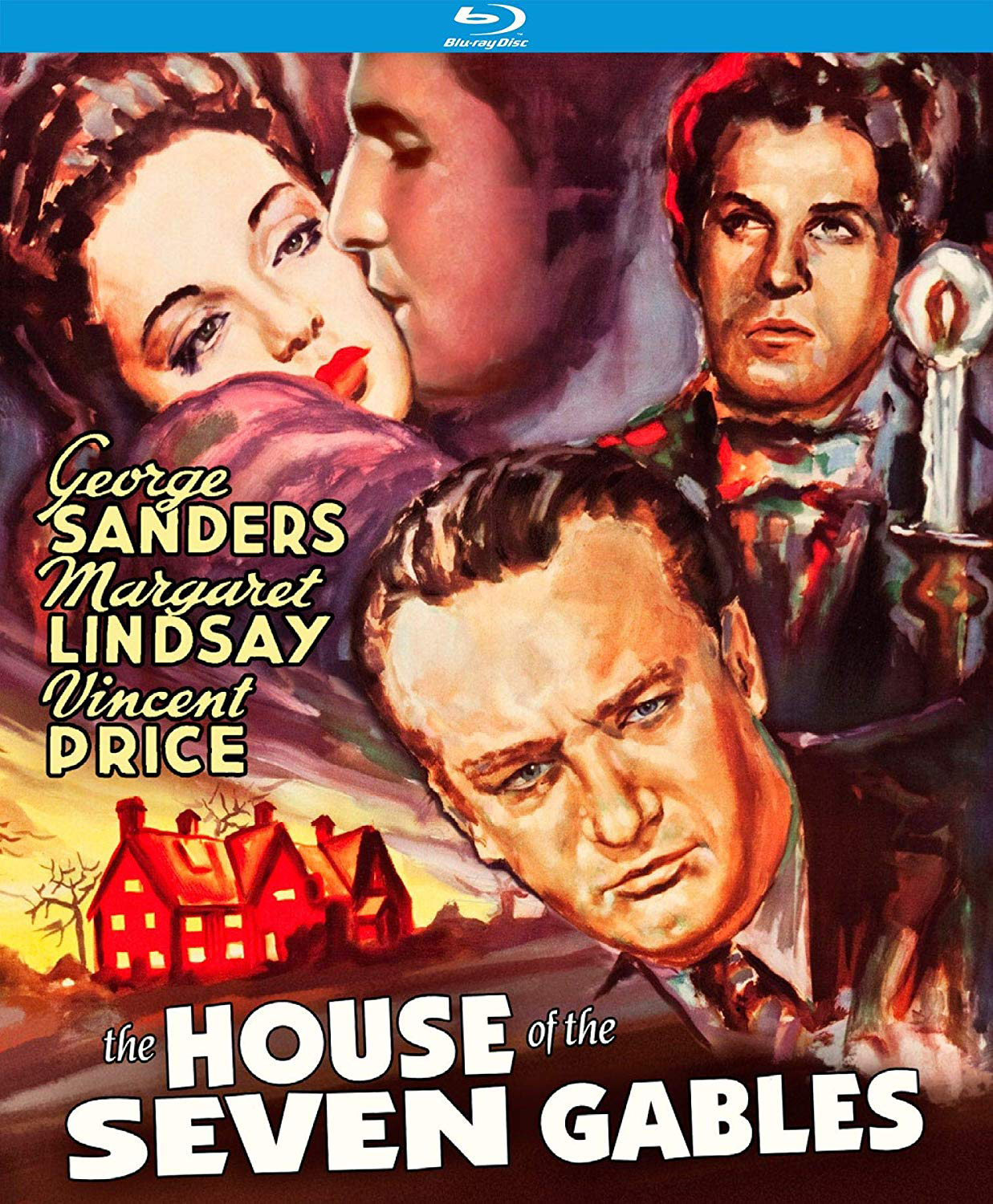 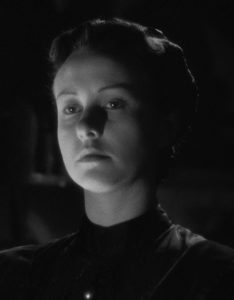 In 1940’s The House of the Seven Gables, Margaret Lindsay transforms from sunny romantic to stone-faced recluse in the blink of an eye – her startling performance gives a 20th century hot foot to Universal’s 19th century melodrama.

Published in 1851, Nathaniel Hawthorne’s novel is set during the new era of enlightenment – a superstitious few may resist but the wheels of change are turning – just not fast enough for the Pyncheon family, a seemingly cursed dynasty plagued by corruption and cruelty.

Lindsay plays Hepzibah Pyncheon whose lover Clifford has been framed by his brother Jaffrey for the death of their father. A cold-blooded fop maintaining the family’s avaricious tradition, Jaffrey covets the distinctly gabled ancestral home and its hidden treasures. 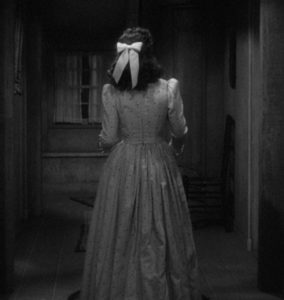 Jaffrey will have to wait – after Clifford is imprisoned the will is read and Hepzibah is awarded the estate. A pyrrhic victory at best, she’s both liberated and trapped – with nowhere to turn she shutters the manor and retreats into darkness. Hawthorne’s novel featured actual spirits – in the film the only spectral vision to be found is Hepzibah herself. Like the ghosts of Hill House, she walks alone.

The years fly by and the once prosperous woman finds herself destitute – Hepzibah is compelled to abandon her solitary ways and reinvent the house as a combination hostel and curiosity shop. The arrival of Phoebe, her bright and beautiful country cousin, helps dispel the gloom and daylight, finally, begins to break. 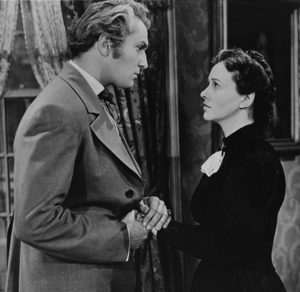 Though Hawthorne’s story was ghoulish enough to inspire H.P. Lovecraft the movie resolves itself in the heartwarming manner of a Dickens novel – Clifford is released from prison, Jaffrey receives his just deserts and Hepzibah is, literally, rejuvenated – in one of the more poignant special effects in Universal history, the film ends on the reunited lovers reverting to their fresh-faced youth.

Seven Gables was written just a year after The Scarlet Letter and Hepzibah shares some of her predecessor’s steadfast qualities (John Updike called Hester Prynne the “epitome of female predicaments”) and both novels have surprisingly contemporary (i.e., contemptuous) attitudes toward the patriarchy (Hawthorne’s ancestor John Hathorne was behind the bench at the Salem witch trials). 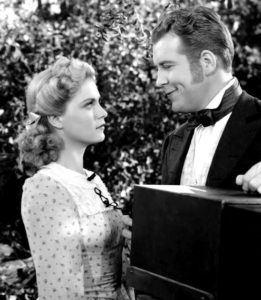 Under Joe May’s direction Hepzibah is not nearly so complex or so clearly feminist, thanks in part to Lester Cole’s rote screenplay. But the astute Lindsay manages to fill in the blanks while easily eclipsing her formidable co-stars, Vincent Price and George Sanders.

Clifford Pyncheon was Price’s first real leading role (he was top-billed but transparent in The Invisible Man Returns) – at the age of 29 his callow presence could be excused. But Sanders, usually as casual as Crosby or Como, gives a strangely awkward performance as Jaffrey. He was far more relaxed while globe-trotting with Joel McCrea and Laraine Day in that same year’s Foreign Correspondent.

Naturally the movie is stocked with Universal players including Dick Foran (whose cheerful demeanor is both welcome and comically disconnected from his surroundings), Cecil Kellaway and Nan Grey as Phoebe – best known as Gloria Holden’s girl crush in Dracula’s Daughter, Grey belies her surname and lights up the House of Seven Gables literally and figuratively. 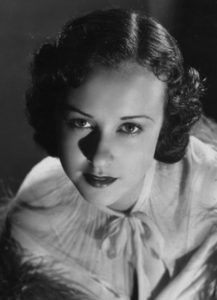 Margaret Lindsay’s bifurcated beauty – part kewpie doll, part vamp – may have resigned her to supporting roles in Baby Face and Jezebel but even with that rosy smile she suggested a melancholy soul – an ideal actress for Hepzibah (Hawthorne went so far as to describe the character as “an ill-tempered old maid”). Lindsay’s performance in Gables is a welcome revelation – a notion not lost on the actress, she pegged it as her favorite role.

Hawthorne’s novel has haunted artists for decades, adapted as a silent film in 1910, an opera in 2000, an animated short in 2018 and even a one-of-a-kind episode of Shirley Temple’s Storybook directed by Arthur Hiller and starring Shirley as Phoebe, Agnes Moorehead as Hepzibah, Martin Landau as Clifford and Jonathan Harris (Dr. Smith of Lost in Space) as Jaffrey. 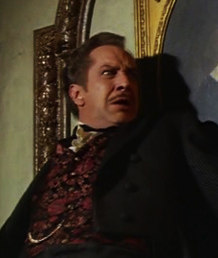 Price himself starred in a fast-and-loose remake in Sidney Salkow’s Twice-Told Tales (inspired by the Roger Corman omnibus Tales of Terror, it added economical versions of two other Hawthornes stories, Dr. Heidegger’s Experiment and Rappaccini’s Daughter).

Kino Lorber’s new Blu ray release of The House of the Seven Gables is a fine presentation of cinematographer Milton R. Krasner‘s work with a generally pleasing image. The disc features a new commentary from Troy Howarth and a selection of trailers featuring Mr. Price (including Twice-Told Tales, also available on an excellent Blu ray from Kino).

For fans of Shirley, Lost in Space and psychotronic casts in general –