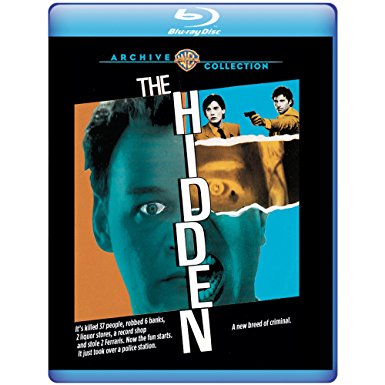 After a demanding evening spent bumping and grinding at The Harem Room, a weary young dancer packs up her gear and exits the club to a chorus of catcalls. She responds by whipping out a state-of-the-art shotgun and laying waste to not only to the would-be lotharios but a good section of Hollywood Boulevard. Is this the continuing story of Abel Ferrara’s Ms. 45? No, it’s Jack Sholder’s The Hidden, one of the wittiest B movies of the eighties. 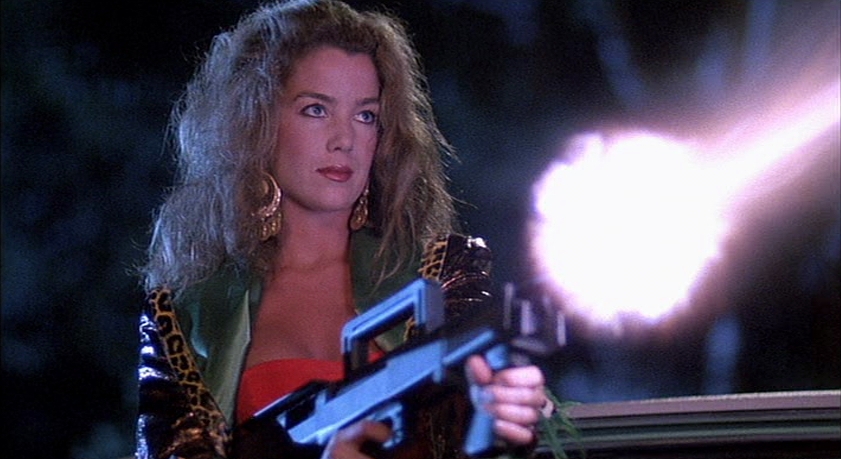 That stripper’s gun-happy rampage is just the latest in a series of increasingly bizarre crimes catapulting the baffled police into a futile game of whack-a-mole; as soon as the cops eliminate one gunman, another pops up to carry on the carnage.

Thomas Beck, played by Michael Nouri, is the detective in charge of locating the bad actor responsible for the crimewave and he’s as puzzled as the rest of his lieutenants. That’s to be expected: the murders are the work of an alien entity, a slithery worm-like creature that uses unsuspecting earthlings as hosts until their bodies are too damaged to sustain the monster’s lifeforce. 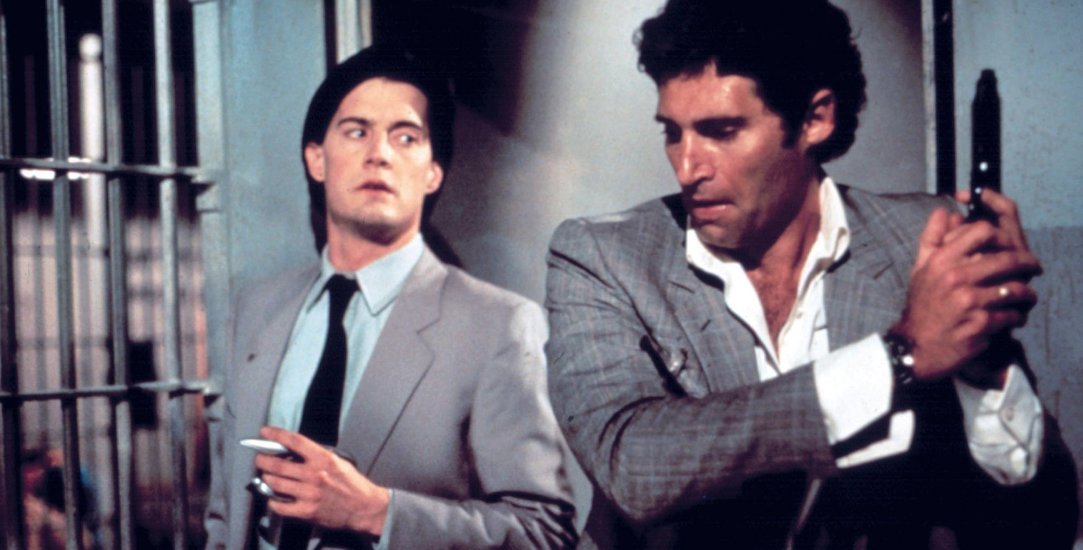 The case takes on even more peculiar aspects with the arrival of Lloyd Gallagher, a boyish FBI agent with a twinkling, otherworldly expression. And yes, he’s played by Kyle MacLachlan.

David Lynch fans will certainly perk up at the sight of this work-in-progress version of Agent Cooper who mirrors the clean cut vibe of that beloved detective down to his neatly pressed suit and tie. With Blue Velvet just behind him and Twin Peaks three years in his future, the suavely offbeat MacLachlan turns his back and forth with Nouri into a dress rehearsal for the comically skewed relationship enjoyed by Cooper and Sheriff Truman in Lynch’s surreal soap opera. 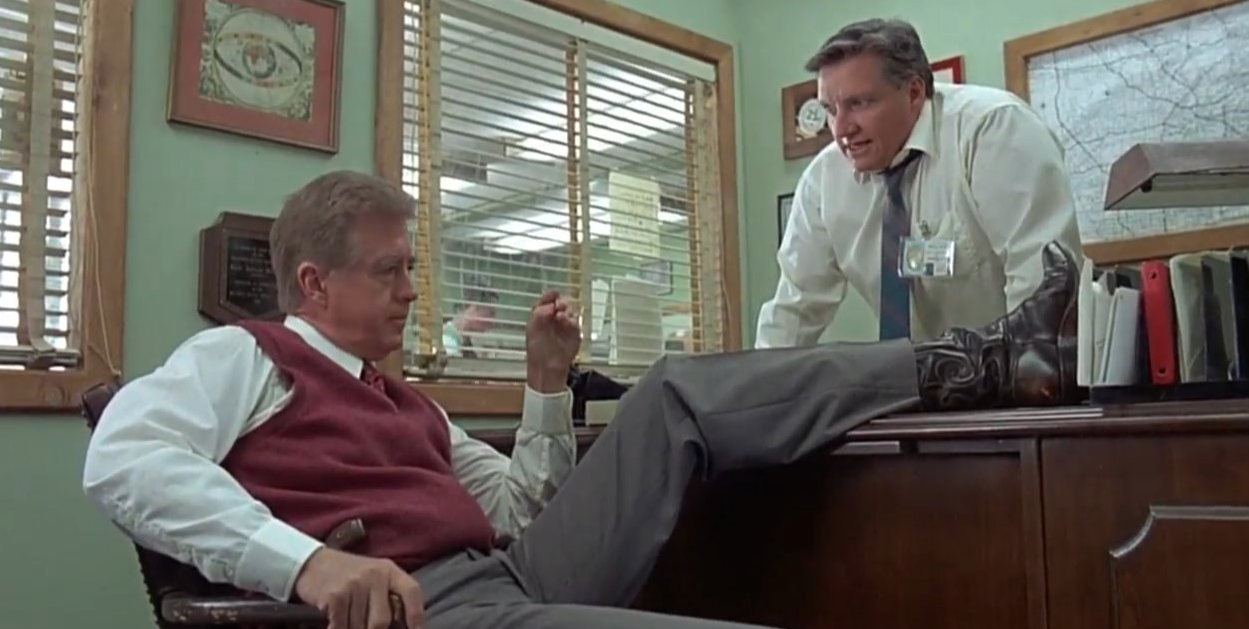 The supporting cast benefits from the comforting presence of Hollywood stalwart Clu Gulager but it’s the sight of that pistol-packing stripper played by the amusingly blank-faced Claudia Christian that really exemplifies the film’s humor thanks to the straight-forward but inventive script by Jim Kouf and brisk direction from Sholder.

At the time Sholder was a hardworking veteran of low budget franchise sequels like A Nightmare on Elm Street: Freddy’s Revenge and straight-to-video horror like Wishmaster 2: Evil Never Dies. His hard-earned prowess shines in The Hidden‘s fast-paced action scenes (and there are plenty), only slowing up in the touchy-feely moments with Nouri and his family where Sholder suddenly seems to forget where to put the camera. 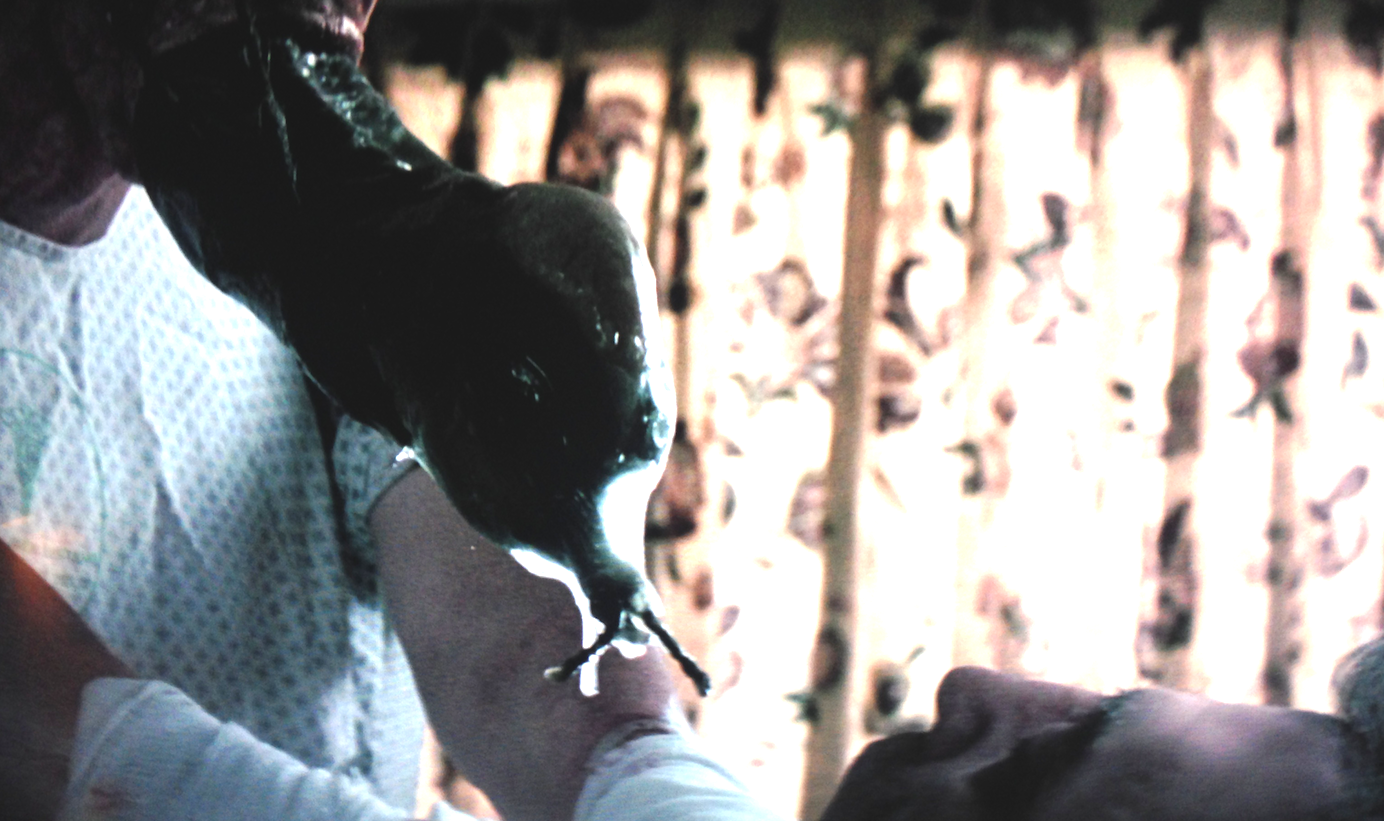 Sholder’s cinematographer, Jacques Haitkin, gives the film a somewhat muted look, straying from the bright Crayola palette typical of most 80’s films and the movie’s visual effects, including the particularly icky transferral of the alien from one mouth to another, are first rate.

Michael Convertino (Bull Durham and Children of a Lesser God) contributed the unique soundtrack and it’s a welcome departure from the overbearing synth sounds favored by most low budget 80’s horror. Its otherworldly soundscape is closer to Denny Zeitlin’s ingenious compositions for Philip Kaufman’s Invasion of the Body Snatchers. On the other hand, one of the movie’s more memorably amusing tropes is the alien’s affection for 80’s headbangers including The Lords of the New Church and Hunters & Collectors who are given due diligence via the creature’s double-barreled boombox.

Warner Archive’s new blu ray release of Sholder’s frenetic cult classic is an absolutely splendid replication of Haitkin’s photography. The disc includes a commentary from Sholder and Tim Hunter, a short reel of raw SFX shots and the film’s theatrical trailer. It’s a must-have for any fan of Sholder’s film.