Jean Simmons is the original frustrated Mad Housewife who runs away from a ‘dream marriage’ in search of something more fulfilling. Uncompromising, adult, and making use of an interesting cast. Plus, the soundtrack uses Michel Legrand’s incomparable song “What Are You Doing the Rest of Your Life?” 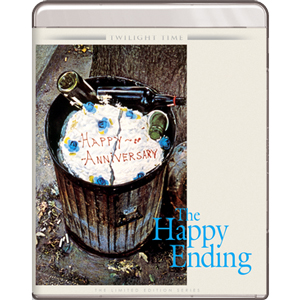 I looked at some of the poster artwork for The Happy Ending, and yes indeed, one of the main styles is indeed like the cover of this disc — a photo of a rusty garbage can containing a spoiled anniversary cake. That image was expected to entice people into theaters?   Richard Brooks’ sober tale of modern marriage misery is a glossy affair starring the stunningly beautiful Jean Simmons. At the time Ms. Simmons was Brooks’ spouse of ten years, but this is not a vanity show, nor something to keep the Wifeus Hollywoodus away from the divorce lawyers. The film is a 100% worthwhile drama that, along with shows like Paul Newman and Joanne Woodward’s Rachel, Rachel and Francis Coppola’s The Rain People, takes up the pertinent theme of the disenchantment of the modern American woman. Producing, writing and directing, Brooks gives it all he’s got. The great Jean Simmons, one of the most magnetic of ’50s performers, earned an Academy nomination for her intelligent and insightful performance.

The title The Happy Ending becomes meaningful only after one sees the movie; I prefer two foreign titles used in Latin America, which translate as “The Bitter End” and “With Eyes Closed.” Unhappy wife Mary Wilson (Jean Simmons) lacks nothing material but is an emotional wreck. She left college in 1953 to marry Fred (John Forsythe), but sixteen years later Fred’s life revolves around his work and extramarital affairs. Neither Mary’s daughter (Kathy Fields) nor her mother Mrs. Spencer (Teresa Wright) understands or sympathizes with her feelings of abandonment and despair. After a suicide attempt — that everybody keeps calling an accident — she’s sneaking liquor and pills with the aid of a conspiratorial ‘enabler,’ her housewife Agnes (Nanette Fabray). Cracking up at the thought of another horrible anniversary party, Mary flees by jet to The Bahamas, without any money or even a change of clothing. On the way she recognizes an old school chum, Flo (Shirley Jones) who takes her under her wing. In Nassau Mary recalls the suicide attempt, and an awful earlier anniversary party with Fred’s shallow, status conscious clients: they don’t invite friends because friends ‘aren’t deductable.’ She also remembers going nuts on a shopping spree, crashing her car and suffering a night in jail. Flo never married and for the past fifteen years has instead been the mistress of various rich men. She’s shocked to find out that Mary has never slept with another man. That issue is addressed when a suave Italian journalist (Bobby Darin) picks Mary up right from the hotel bar. Is that the answer to ‘finding herself?’   Can she go through with it? 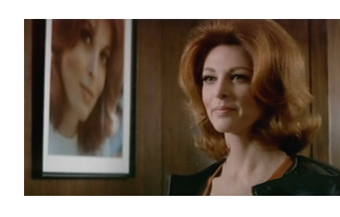 Hollywood has been making soapsuds movies about the emotional problems of love-starved women ever since unescorted women were granted admittance to movies. But The Happy Ending is less an ordinary women’s picture than part of a new wave of critical, sometimes satirical ‘relationship’ pictures. Caustic but honest films like Diary of a Mad Housewife tried to counter the noxious tripe that had been dished out for decades. Glossy old-school fare like The Women sold the establishment law that a Good Wife lives solely for hubby; if that wasn’t fulfilling enough, the fault lay with the wife. The Happy Ending throws a hand grenade into that myth, with fairly good results. Mary isn’t spoiled but she certainly isn’t suffering. Her husband’s work culture does include a lot of philandering, as his prosperous 40-something peers have a selfish interest in getting a piece of the sexual revolution before it’s too late. Fred’s advertising client Harry Bricker is a lecher who all but feels up Mary at the earlier anniversary party, while the executives’ frustrated wives are equally as likely to initiate extra-marital activity. ‘Kissing at parties is harmless,’ somebody says, but some of these people are probably already swapping wives, as in Ang Lee’s much later The Ice Storm.

The sexed-up antics are not amusing and not played for laughs, as in the earlier satire The Graduate. Harry Bricker’s bored wife Helen (Tina Louise) works out her disappointment over her disinterested spouse by flaunting herself in front of the desirable Fred, and dishing the dirt with her fellow abandoned wives. Like an acid-tongued Eve Arden, Helen has a cutting comment on everything from a friend’s latest breast enlargement surgery to the inevitability of abandonment. As the spokeswoman of the Curse of Upscale Wifedom that’s descended on Denver, Tina Louise’s contribution to the film is substantial. If she’s sexually aggressive it’s because she has no other way of expressing her needs. 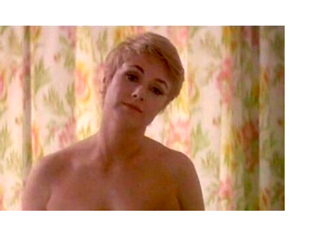 Although some of the characterizations feel too convenient to the illustration of Richard Brooks’ message, his take on the problem is spot-on and the acting is all quite good. Dick Shawn should have played more serious roles as he’s excellent here; I found him hard to take in anything except the thoroughly Gonzo It’s a Mad, Mad, Mad, Mad World. Shirley Jones is far more interesting here than she was in Brooks’ earlier Elmer Gantry where she was stunt-cast against type as a prostitute. Flo’s plight as a kept woman with few prospects for permanence makes her just as sympathetic as Mary. When Jones talks about sleeping around as a way of life, we believe that such women really exist. Perhaps the most interestingly conceived character is Nanette Fabray’s Agnes. Since it’s the delightful Fabray (The Band Wagon) that we see lying to Fred while helping Mary stay pumped full of booze and pills, it takes a while to realize that her Agnes is a false friend, a pernicious influence. Had the concept of an ‘enabler’ even been invented in 1969?

Not as impressive is Bobby Darin. The singer’s charm in person must have been immense, but his part as a phony gigolo feels like a weak appeal for a supporting Oscar. A better movie to admire Darin in is John Cassavetes’ Too Late Blues; and by all means avoid him in the awful Pressure Point. I couldn’t believe it when the truly classy Kevin Spacey chose to play Darin in the biopic Beyond the Sea: it just didn’t add up. By contrast, Lloyd Bridges is perfect as Flo’s married hook-up of the moment. Bridges barely has any lines yet his contribution is exactly what’s wanted — no overacting of any kind.

John Forsythe’s husband Fred doesn’t provide much more than an unyielding obstacle for poor Mary, which was surely part of the plan. If Brooks and Simmons wanted a blank slate they chose well, as Forsythe picks his standard neutral-concerned pose and rarely drops it. We see Fred mostly through Mary, who pegs him as having more sexual interest in cars than he does her. She asks that they see a marriage counselor, but Fred’s idea of solving their problems is to suggest that she take up ceramics. When he passively watches the drunken Mary being humiliated by the Highway Patrol, we lose more sympathy for him. At one point — a flashback moment? — we see Forsythe with a very unusual flash of extreme emotion on his face, and he almost looks like another actor.

Kathy Fields seems too old to be Mary’s daughter, while the sensitive Teresa Wright is overkill to play the shallow mother who can be counted on not to understand or support Mary. Other actresses take up roles as executives’ wives, women around the office, or the model that shows off her plastic surgery. The film’s sex content is wisely kept discreet, with party seductress Karen Steele (Ride Lonesome, The Rise and Fall of Legs Diamond) giving Ms. Louise competition in the exposed cleavage department.

Richard Brooks had a fruitful association with Conrad Hall (The Professionals, In Cold Blood), and the highly artistic cinematographer gives The Happy Ending a high gloss without over-glamorizing Jean Simmons. A few hints of partial nudity don’t distract us from the dramatic point of scenes. The show’s visuals do fall short in a couple of instances. The montage of Mary and Fred’s wedding superimposes scenes from romantic old movies with Clark Gable and Liz Taylor. The aim is clear but the execution results in visual clutter, and seeing the old movies distracts us from this one. Mary could have just said, “Our love was like an old movie” or “I knew we’d be living happily ever after” and the effect would have been less klunky. On the other hand, the scenes in which the unhappy Mary experiences a joyful reverie while watching Casablanca on TV work beautifully. We’re so grateful to see Simmons’ Mary happy, that we’d probably accept anything that puts a smile on her face.

The real stumbling block is the representation of Mary and Fred’s 1953 romance, at school, in the snow, etc. In no way do they pass for twenty year-olds, and expecting Simmons to look younger by putting adolescent braids in hair is such a failure that hairstylist Sydney Guilaroff should have had his Guild card revoked. In all honesty, they should have used doubles at a distance, or kept them in shadow or silhouette, or some other such dodge. The mistake gets the very honest show off to a shaky start.

The Happy Ending states a lot of difficult-to-express wisdom with intelligence and sensitivity, so it’s too bad that Brooks didn’t find an ending that would satisfy an audience. The courageous finish was perhaps modeled after the New Wave’s desire to undermine melodramatic expectations. We may later realize that it’s both honest and properly bleak, but while we’re watching our reaction is a big, ‘That’s it? That’s all there is?’   Maybe it has something to do with John Forsythe’s reaction shot, which wants to be aggravatingly illuminating and instead is just aggravating.

The Twilight Time Blu-ray of The Happy Ending is a gorgeous encoding of this underperforming, largely forgotten United Artists release. I didn’t know it existed until I found it in the MGM vault while making library montages in 1994. The Panavision images are beautiful, with excellent color. We get a good sense of Denver at night and Nassau in the bright sun. Jean Simmons fans already know that this is a must-see title for her.

The trailer is here and also an Isolated Score track for Michel Legrand’s romantic music. Legrand’s seductive themes play counterpoint to the blighted romance on screen. It must be said that the Legrand / Bergmans’ song “What Are You Doing the Rest of Your Life?” is a major asset, a gem of a tune that lifts the movie as much as “As Time Goes By” did Casablanca. The Barbra Streisand cover version and other uses have obscured the fact that the song was introduced in The Happy Ending. Anybody still laboring under the illusion that the Oscars were ever fair, needs to know that both the song and Jean Simmons were nominated that year. Ms. Simmons lost to Maggie Smith, which is fair enough. But the incomparable “What Are You Doing the Rest of Your Life?”, which expresses the soul of its film completely, lost to the relative trifle “Raindrops Keep Fallin’ on My Head.”  But The Happy Ending didn’t make a nickel and Butch Cassidy and the Sundance Kid was one of the biggest hits of the year.