Why do stories about resisting the Nazis seem so important right now?  Here are two discs from different labels, with one subject. Both stories are set in Germany during the war, but the approaches are quite different. A political prisoner struggles to subsist in The Fiancée an East German classic from the part-educational DEFA Film Library.  The recent The Invisibles from the reunited Germany chronicles the true story of four Jewish Berliners, who went underground and hid right through the war. 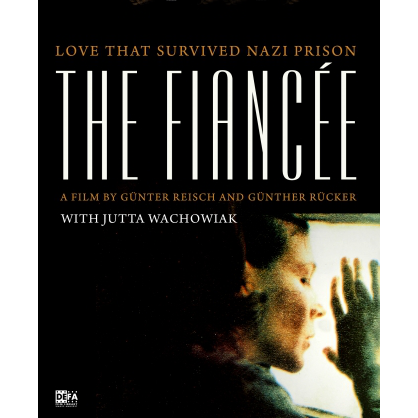 East German films from the Cold War era all came from the state-owned studio DEFA (Deutsche Film-Aktiengesellschaft). The University of Massachusetts Amherst archive studies and distributes the DEFA collection for library and public consumption. I began reviewing DEFA films in 2003 after pursuing the original version of First Spaceship on Venus, Der schweigende Stern. As one might expect, many East German pictures of the 1950s and ’60s have strong anti-West themes, and many movies that tried to reflect real-life problems in the ‘workers’ and peasants’ German Democratic Republic were censored or banned. But the historical resistance to the Nazis in WW2 was a relatively safe subject for the communist overseer: many of the resisters were communists, and many were genuine heroes. As an added benefit, the East German regime could use films about the war to accuse the post-War West Germany of providing a haven for unreconstructed Nazis. 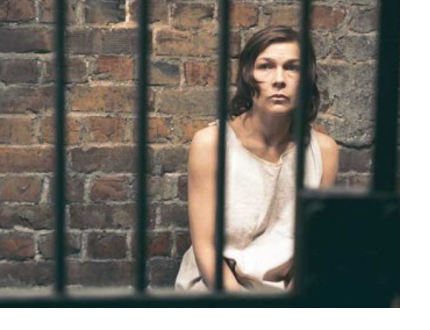 CineSavant reviews of recommended DEFA films:
Kuhle Wampe, or Who Owns the World?,
For Eyes Only – Top Secret,
Winter adé.

Co-produced by DEFA and East German Television, the very popular 1980 picture The Fiancée (Die Verlobte) comes late enough to not be encumbered by too much political speechifying; it in fact received a token festival release in New York, when most GDR pictures were rejected as outright propaganda. It’s from a part-fiction novel by Eva Lippold, a Nazi resister who spent eight years in prison. Searching through wikipedia threads for now-obscure resistance notables in Europe during the war can be very rewarding… it’s difficult to imagine people so dedicated and courageous. 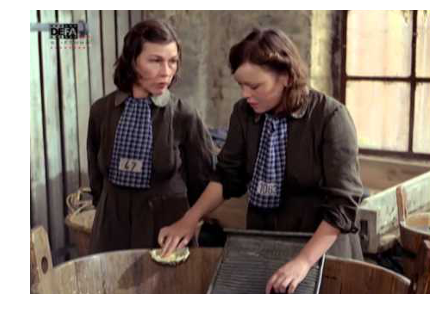 The film begins in the mid-1930s, when Hella Lindau (Jutta Wachowiak) is sentenced to prison for nine years for aiding antiNazi subversives; she’s caught carrying a large sum of money but refuses to name her comrades. Her boyfriend Hermann Reimers (Regimantas Adomaitis) works as a peddler but also runs a secret resistance cell; his suspicious boss holds him in contempt for not disavowing Hella. She spends two horrible years in a solitary confinement dungeon run by abusive wardens before Hermann is able to get her transferred back into the normal prison population. There Hella wins the approval of most of the inmates, and finds out that a ‘trusty’ supervisor is a closeted sympathizer with the resistance cause. Hella and Hermann are only able to see each other two or three times but they remain faithful, right into the war years. The irony is that when she’s about to be released, the Gestapo is closing in on his tiny resistance group.

The Fiancée is a strong drama of a frustrated romance. Hella endures a physical and emotional ordeal while Hermann must work calmly and quietly to help her. The only reason she escapes the dungeon is that Hermann bonds with his Nazi boss on the subject of beekeeping and honey, and gets his help. On the outside Hermann helps his father, and resists the overtures of a local woman who would like to marry him. In the regular prison of eccentric and neurotic thieves and murderers, Hella becomes a sane exception. The scene has parallels with exploitative American Women-In-Prison pictures. Many of the inmates pair off for sex. One guard is Hella’s friend for a while, but becomes a Nazi when war breaks out. The sympathetic supervisor has to blackmail the guard to keep her from denouncing Hella. 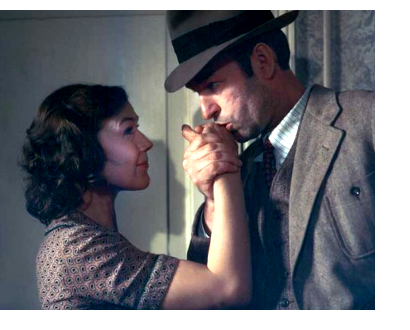 The realistic historical detail in The Fiancée separates it from other prison pictures, and the longtime separation of the lovers becomes affecting due to the fine performances of Wachowiak and Adomaitis. She’s utterly convincing as a strong woman pushed to the edge of despair, yet who remains loyal and steadfast throughout her harrowing experience. The lovers are separated only physically. If Hella and Hermann dreamed about each other, the story might resemble the classic Peter Ibbetson. The actor Regimanas Adomaitis looks extremely familiar, and I was surprised that I didn’t recognize any of his other credits. I’m still convinced I’ve seen him or his double in at least one other movie.

The Fiancée is appointed with extras that allow it to serve as a college text, and may still be listed as a ‘library’ title with a high institutional price tag. A 3013 video interview finds actress Jutta Wachowiak taking a defensive posture against what she characterizes as a dismissive attitude toward GDR-era filmmaking. DVD-Rom text extras contain essays and documentation by various filmmakers and critics, about the movie, Eva Lippold and Waldheim Prison. I’ve included a list below. 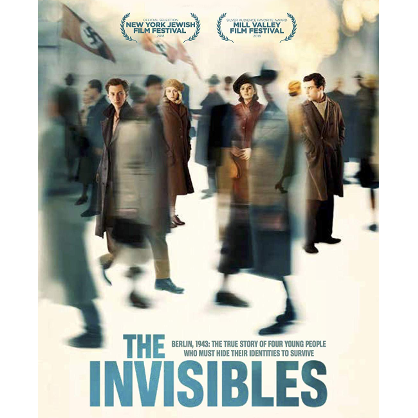 Post-unification Germany has produced a number of award-winning movies about the experience of WWII and the Cold War. The most honored is The Lives of Others (2006), but I’ve also returned to enjoy The Counterfeiters (2007) and The Tunnel (2001). Christian Petzold’s 2012 Barbara is quite absorbing. A co-production of several broadcast firms, the recent The Invisibles is yet another clear-eyed, fact-based look at the amazing ‘small stories’ of how individuals coped during the war. The basic setup is irresistible: long after Berlin was declared ‘Jew Free’ by the Reich, 7,000 Jewish citizens had avoided deportation to concentration and death camps, and were still present and living underground. Only 1,700 survived. The immediate pitfall of commercial dramas about the Holocaust is trivialization: standard dramatic liberties can create a noxious atmosphere beyond bad taste. The subject is so grave that just highlighting the lucky experiences of individuals can seem wrong as well. The makers of The Invisibles walk a careful line. 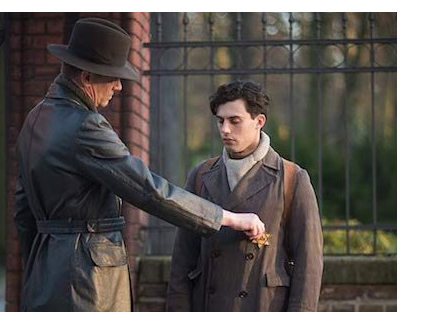 We pick up the story of four young people and their families at a point when the Nazis, after years of privations and oppression, commence the deportation of the Jewish population to the East. The four individuals come from middle-class families. Without turning them into heroes, the show sketches their different ways of surviving off the grid. In the highly-regimented setup of identity cards, where almost no young males are out of uniform, this is not easy. Even if they are smart enough to know how to hide, and if they find non-Jewish citizens to hide them, they might be given away by a tiny mistake, or even by an observant child.

The widescreen show sketches Berlin during wartime, which, until the bombing is escalated, seems normal. Actual interviews with the four surviving ‘witnesses’ are intercut with the dramatization of their stories. Also interspersed is occasional B&W film footage from the war, showing the busy Berlin thoroughfares. The fascinating stories are kept from being depressing, by the fact that we know that at least the witnesses have survived. A kid named Eugen Friede (Aaron Altaras) is a sort-of ‘swing kid’ before he goes into hiding, passed between various sympathizers. He eventually links up with the famed Werner Scharff, who brought back the truth about the fate of the deportees, and organized the printing of subversive leaflets. 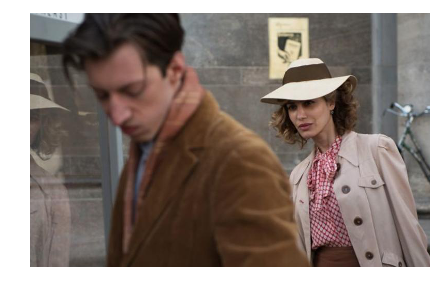 Individual ‘invisibles’ live in dread that someone will recognize them on the street and turn them in. With both of her parents gone, Hanni Lévy (Alice Dwyer) spends nights in parks until she is taken in by a lonely woman whose son has left for the army. He met Hanni when she was hiding out in a movie theater. Hanni passes for Aryan by dying her hair, and lies low pretending to be a relative. Ruth Arndt (Ruby O. Fee) and a friend daringly wear veils to pass for young war widows, which they reason will make them unlikely to be challenged on the street. For a while they’re able to take jobs as maids in the house of an army officer who doesn’t betray them because he likes having very low-paid help.

The most impressive ‘invisible’ is the amazingly resourceful Cioma Schönhaus (Max Mauff), an art student who intuits the deportation early, and goes criminally underground. Already having honed his craft as a forger, Cioma manufactures papers that exempt him from the first round-up of Jews. He cleverly games various systems, for a while taking a new room every night by checking in at private households requisitioned to supply beds to transient soldiers or workers. By showing up after hours, he puts off registering officially. Cioma sells some of his work to survive and contributes free forgeries to a doctor who has organized an underground railroad for other fleeing Jews. Cioma even buys a boat, to help with his deception as a normal citizen. 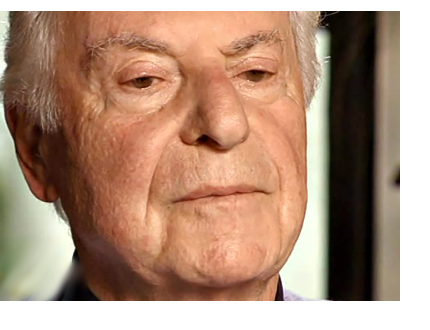 Dumb luck plays a hand at every turn; we’re reminded that these four were part of the four percent of Jews in hiding that survived the three or four years until the Russians liberated Berlin. The biggest fear was being recognized by a former friend, which happens to two of our witnesses — the ‘friend’ in question has a good memory and now earns money detecting and denouncing Jews in hiding. At one point Cioma’s underground contacts suspect that he is a similar Nazi agent, which puts him in jeopardy. Eugen is rounded up with other subversives in hiding just as the Russians enter the city; his survival is a double miracle, first with a Nazi guard and then with a Russian patrol that’s killing every man they find of soldiering age.

The The Invisibles has an edge over similar stories because it is able to frame itself as uplifting, without trivializing the larger story. With the ‘witnesses’ all in their eighties, relating the stories with varying degrees of emotion, our connection to the four accounts is guaranteed. Nothing feels as if it has been augmented or hyped. At one point the handsome Eugen finds himself sequestered in a household where lives a charming, amorous, interested daughter, a teenager like himself. Just as things are looking great — “I’m living on borrowed time but wow” — he’s forced to change billets and never sees her again. What a life.