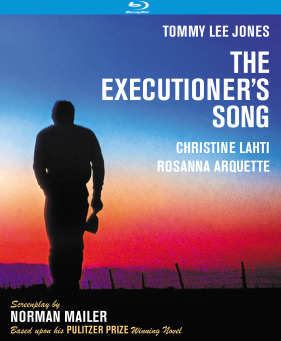 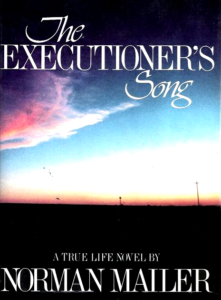 Convicted murderer Gary Gilmore, target for Saturday Night Live, punchline for Seinfeld and tagline for Nike, was already a pop-culture sensation when he sat down before a firing squad and proclaimed, “Let’s do this.” The surprising thing about The Executioner’s Song, Norman Mailer’s hardscrabble epic detailing Gilmore’s final months, was that it was decidedly unsensational, a close-to-the-vest yet wide-ranging narrative focused on the killer’s tragedy, not the writer’s ego.

Mailer saw in Gilmore, if not a kindred spirit, at least a rough sketch for one of the novelist’s own conflicted protagonists. Like Mailer, Gilmore had a poetic streak running parallel to his violent side and an appetite for showboating (to the National Enquirer’s glee, Gilmore led the band wagon for his own execution). Mailer’s “true life novel” resulted in a Pulitzer Prize and accolades from critics usually immune to the pugnacious scribe’s way with words. Mailer, not too impressed by those compliments, always downplayed his journalism but The Executioner’s Song was not just a masterpiece, in some respects it was the great American novel Mailer had chased his whole life.

That story, with its echoes of You Only Live Once and Rebel Without a Cause set against a harshly beautiful Utah backdrop dotted with oil rigs and low rent malls, was already cinematically inclined, and when it came time for the inevitable film version Mailer turned to Lawrence Schiller to direct. Schiller, among other things a record producer and photojournalist, was a jack of all trades and not coincidentally first in line to secure the rights to Gilmore’s story. He had recorded the confessions that provided the backbone of Mailer’s book and in so doing would come to know the tight-lipped outlaw more intimately than any psychologist or police interrogator.

Starring Tommy Lee Jones, Rosanna Arquette and Eli Wallach, the movie premiered on NBC over two nights in 1982. For the screenplay Mailer whittled away at his more effulgent prose to present the unadorned “truth” about Gilmore but when it came to directing, Schiller had no such reservoirs of style to relinquish; The Executioner’s Song was only his second narrative film and it shows, from its arbitrary pace and uncertain performances to the uninspired tv movie compositions. Even with those obstacles, Schiller, concentrating on the bleak tract homes and day to day grind of their owners, found a workmanlike facsimile for Mailer’s straightforward storytelling.

The film charts the accelerated free fall of a dedicated loser beginning with the just-released Gilmore rediscovering his hometown like a freshly wakened Rip Van Winkle (automatic doors are a marvel to him). His old friends, effusive in their warmth and generosity, are ready to give him refuge but to a suspicious man whose mean streak forms the greater part of his temperament, that kindness rings hollow. It doesn’t take long for the years of pent up anger to boil over.

In short, Gilmore’s release has brought him no release, particularly in the matter of female companionship and his grotesque efforts to ingratiate himself to the ladies (his standard opening line is “let’s go to a motel”) only inflame a libido still locked up and pacing behind bars. He’s got it bad and that ain’t good, but fortunately for the female population of Provo, he finds a willing adventuress in 19 year old Nicole Baker, a thrice-married sexpot who quenches Gilmore’s fire only to ignite the volatile skirt-chaser’s explosive jealous streak.

Having celebrated his new-found freedom immersed in backyard fisticuffs and queasy threats (after one squabble he delicately brushes a gleaming bowie knife across Nicole’s fine-boned cheek) it’s clear that Gilmore only wanted out of prison in order to prove that that’s where he belonged all along. And when he finally shoots two men in the head, a gas station attendant and a motel manager, Mailer’s narrative makes it clear Gilmore has found himself; a monster redeemed by the recognition of his own nature.

Schiller’s humdrum work still offers up some glimmering pearls including Jones’s primal portrait of the recondite killer. With one of the great ugly/handsome profiles in Hollywood, Jones’s serpentine yet boyish charm makes us believe that he could move among decent folk while hiding his darkest yearnings under a bushel.

Christine Lahti, even with the brilliant Wallach on hand, gives the film’s most convincing performance. As Gilmore’s big-hearted cousin, Lahti stands up to Gary, setting him straight on his kewpie doll love bug (“She’s a space cadet”) and offering a plainspoken rational for her repudiation of her no-account relative worthy of Barbara Stanwyck at her most hard boiled: “You committed a murder on Monday and a murder on Tuesday… I wasn’t about to wait around ’til Wednesday.” 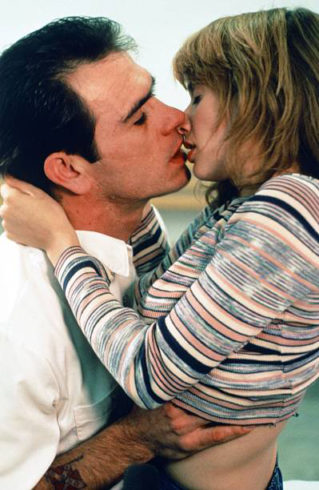 Rosanna Arquette, while framed as a purely carnal object, is touching in her dim-bulbed sex-bomb acumen. The world is a playground to this perennial teen and Gary’s muscular torso is her favorite jungle gym. Their ill-fated romance recalls the killer’s nihilistic last words in Springsteen’s Nebraska: “Sheriff when the man pulls that switch sir and snaps my poor head back, you make sure my pretty baby is sittin’ right there on my lap.”

The new Blu ray from Kino Lorber does full justice to Freddie Francis’s cinematography which careens effortlessly from grayed out landscapes to neon-drenched night scenes. It also includes two versions of Schiller’s film, the original broadcast edition and a head-scratching “director’s cut” that aimlessly transposes scenes (the director’s cut begins with the aftermath of Gary’s murderous melee and arrest) and cuts short others with little to no improvement. In light of that it was cruel and unusual punishment to withhold the film’s elusive third edition, the European version containing Arquette’s riveting nude scenes. Those moments don’t do anything to advance the storyline but they offered incontrovertible proof that there indeed must be a higher power.

The disc also includes a new interview with Arquette and trailers for other KL releases.