Jan Troell knocks us for a loop with his masterful epic of a Swedish farming family in the 1840s, making the big move to the promised green acres in frontier Minnesota. Max Von Sydow and Liv Ullmann are heartbreakingly deserving and hopeful; the dreamers and the devout and the intolerant come too. The two-film, six-hour saga is a faithful to history and politically neutral. 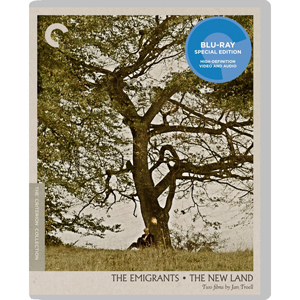 This certainly was six hours well spent. Back in 1973, I couldn’t picture myself sitting through both of these pictures in a broken theater chair in the Fox Venice Theater. I’d also been told that they’d been cut by more than an hour for America. Now that I’ve finally seen them, I wish I could have shown them to my father. His father was no pioneer, but an ‘excess son’ who with a friend emigrated to the U.S.A. from Sweden in 1907, learned to weld giant pipes in Chicago, and then became a railroad man in Minnesota and Iowa. He married a good Norwegian woman, a nurse who boiled everything, twice. Jan Troell’s The Emigrants / The New Land certainly doesn’t chart my family’s experience, but it explains enough about the character of that side of my family to inspire a strange kind of pride. 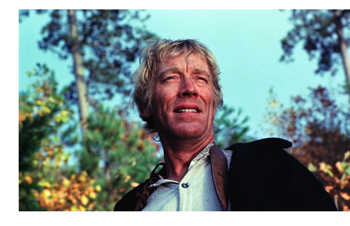 Jan Troell’s two-part ‘coming to America’ epic plays out on so intimate a personal level that we never mind that it doesn’t attempt the kinds of scenes we expect to see in an epic. These Swedish dirt farmers spend their lives pulling big rocks out of worn out fields that yield little in the way of crops. We don’t see any grand cities or ocean vistas, and when they get to America, they see little beyond the dirty little dock areas — no streets paved with gold. Troell manages a jolly steamboat and a great steam train — a technology not twenty years old at the time — and that’s about it for big production value. Nothing more is needed.

More than two solid hours are spent immersing us in Swedish country life in 1840-1850 or so. Strapping farm boy Karl Oscar (Max von Sydow) will get some of the father’s meager land, mainly because his younger brother Robert (Eddie Axberg) is a dreamer whose mind is elsewhere — Robert reads, and has an impractical streak a mile wide. Told he’d better get a wife, Karl Oscar marries Kristina (Liv Ullmann), a teenager as sweet as they come. Their babies arrive regularly but neither the land nor the weather cooperate to give Karl Oscar a decent crop. Meanwhile, Robert must hide out because the farmer to whom he’s contracted beats him. Robert already has a damaged ear, which bleeds occasionally. Robert reads literature about emigration to America, to his rather simple-minded but loyal workmate Arvid (Pierre Lindstedt). Even with its wildly optimistic claims about the new country, the pamphlets attract Karl Oscar as well — particularly the words about a vast continent of rich untilled soil never broken by a plow. Karl Oscar has a farmer’s soul, and a farmer needs nothing more than land. 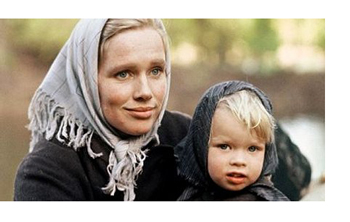 The daily grind in 1840 rural Sweden is no cakewalk. Karl Oscar spends his days in brute labor, risking a major injury pulling those rocks out of the ground. Kristina is pretty amazing as a housewife, keeping everybody fed. Robert and Arvid are mostly miserable. Their boss treats them like vermin. We also get a taste of religious persecution. Only the ordained and licensed Lutheran minister can hold services, and anybody else is considered to be in league with the Devil. When Karl Oscar’s Uncle Danjel (Allan Edwall) gets tired of police raids, everybody decides to go to America together.

Karl Oscar’s ace in the hole is that he’s almost entirely self-sufficient. He can build a house, make his own shoes, grow his own vegetables; Kristina can cook anything and work a loom to make clothing. What they don’t have is good medicine. A simple sickness, or any kind of accident, can be fatal to a child. We soon understand why these farmers are so closed-minded in some respects, naïve on some issues and plain ignorant on others — too much is arrayed against them. We know Kristina is good, but she’s also a worrywart and a potential pessimist. She’s frightened of anything tainted with ‘badness,’ as if Original Sin is going to rub off on her. One woman in Danjel’s household is Ulrika (Monica Zetterlund), an ex-prostitute with a teenaged daughter. Kristina can barely handle the thought of them. Life for Kristina is simple in that she sees her role as to give Karl Oscar children indefinitely, as ordained by the church. She blames him for ‘coming to her at night’ and causing the children, yet she doesn’t accept her own obvious interest in having sex. This issue becomes much more serious in the second movie.

We experience the voyage mainly with Kristina, sick as a dog in the filthy hold of the sailing ship. Everybody is sick to their stomachs. Poor devout Danjel determined that his flock is too pure to be seasick. When he becomes seasick, he takes it as a sign that he’s no longer a worthy Christian. The voyage takes its toll in lives, when sickness breaks out on board. Robert and Arvid experience try to figure out why the sailors treat them like squares, but they’re full of joy to be young and on a great adventure. Karl Oscar spends his time trying to convince Kristina that she isn’t going to die. For actor Von Sydow it must have seemed a replay of his experience five years before with Julie Andrews. 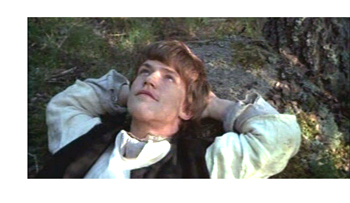 The Emigrants takes the troupe of Karl Oscar and Danjel all the way to Minnesota, learning about the ‘amazing’ new country of America on the way. Robert finds that his English skills need work; he practices them with Ulrika’s daughter. Danjel is overjoyed to see the word ‘God’ embossed right on American coins. A terrifying incident with a lost child at a steamboat stop seals the friendship between Kristina and Ulrika — the bright New World appears to heal all differences.

The ultimate joy comes when Karl Oscar reaches the promised farmland deep in Minnesota. He wanders far off away from the last settlement (probably a six-minute car trip now) to pick out his acreage. Karl Oscar doesn’t care about Kristina’s complaining or the long haul to take their babies out there — he can stick a branch more than two feet into excellent topsoil. The man is all smiles. With any luck at all, he can make all his dreams come true, building a new life in a free land.

Remember, in 1971 we had really only seen Max von Sydow in Ingmar Bergman movies, where he displayed 101 different expressions, all dour, unhappy or at least soulfully pessimistic. Seeing him with a big fat grin on his face takes the weight of the world off our shoulders. When Max is content, Everything is Gonna Be OK.

The New Land is more about the long haul of the American experience. Karl Oscar and his friends are laying down the foundation of a new place, a job that will exhaust most of this first generation. Robert and Arvid strike out to look for gold in California, a long episode that for bleakness tops Von Stroheim’s Greed. Karl Oscar and Kristina deal with loneliness, neighbor troubles, and eventually an Indian uprising. English words sneak into their vocabulary. Succeeding generations will drop the Old World customs, but the religious intolerance has not abated. We can tell they are becoming Americans when Kristina rejects a neighbor’s demand that she condemn Ulrika for marrying a pastor of another denomination. Kristina’s righteous indignation would be more satisfying, if we thought she’d always be making a choice we agree with.

There’s a lot of suffering, even as Karl Oscar slowly builds the proud farm he could never have had back in Sweden. The show has been consistently honest, and Jan Troell’s strategy forces us into the slow pace of life back in the 19th century. When a scene of violence finally comes along, it’s all the more shocking. The Indians rebel against mistreatment, and some of the farmers bear the brunt of the horror. Troell doesn’t flinch from any of this, with a wholly non-exploitative atrocity scene. It would seem out of keeping with the rest of the movie, but it’s entirely honest. The slaughter on the frontier is answered by a mass execution scene. Neither event directly involves Karl Oscar’s family, but any story about building America that excluded such violence would be a lie.

The New Land ends in an equally satisfactory way — Troell manages to makes us feel like these things are indeed happening in the past, just a few generations before. It’s a great tale and fine history, told without the usual melodrama or imposed moral uplift. One of the most moving scenes has Karl Oscar express his fondness for Kristina by simply calling her, ‘my great friend.’ It’s a powerful portrait of marriage as a lasting companionship. There’s a lot in Swedish cinema beyond the plaintive anguish of Ingmar Bergman. 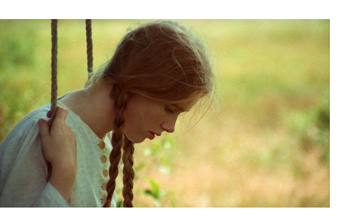 The Criterion Collection’s Blu-ray of The Emigrants / The New Land is a gorgeous scan of this handsome show, which was also photographed by director Troell. He filmed both in Sweden and in Minnesota, somehow managing to make the new land seem more beautiful than the old. Troell’s images are so rich that we don’t need all the story details. One look at Kristina sitting on a swing, her hair in long braids, tells us that she and Karl Oscar are fated sweethearts. A jump cut skips over their wedding and another gives them a child. Life can leap forward like that.

Criterion gives us a full making-of docu from 2005, with interviews with the director, the actors, producer Bengt Forslund and the composer. Much is spoken about the influence and involvement of the original author, Vilhelm Moberg. Also included is a discussion between Peter Cowie and Jan Troell, a new interview with Liv Ullman and an introduction by John Simon.