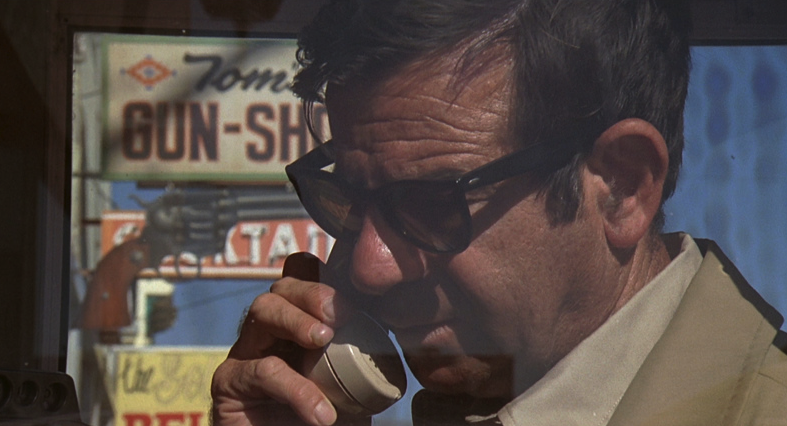 Had I not recently revisited Don Siegel’s dusty, nail-hard crime thriller Charley Varrick, in fact just the night before seeing Hou Hsiao-hsien’s Three Times, it stands to reason that I probably would not have found myself thinking about the Walter Matthau-starring crime thriller midway through the Taiwanese director’s film. After all, Siegel’s tale of morally ambivalent “heroes,” scabrous, misanthropic villains, and the various levels of grime and corruption to be waded through and scraped off on the way toward accidentally absconding with three-quarters of a million dollars in laundered mob money would seem to have little in common with Hou’s deliberately paced, exquisitely mounted collection of three love stories, each from a different time, each told in a manner most rewardingly compared to the elliptical style of a short story on the page.

And yet, as the first episode of Three Times, “A Time of Love,” began to wrap itself around me, rich in the atmospheric imagery of muggy, rain-soaked days, thick with romantic longing in every image of roadside signs and empty streets and hushed pool parlors alive only with the sounds of clacking balls, I began to marvel at how effortlessly Hou had created such a tactile, living landscape through which his two characters are allowed to move and breathe and touch and feel.

That feeling led me to ponder other instances in which a director has so casually, yet so effectively rendered locations in such a manner that they almost feel like they could be breathed in through the lungs, locations reflective of the mood of a given piece and even the rocky, unforgiving landscape that makes up the characters themselves. 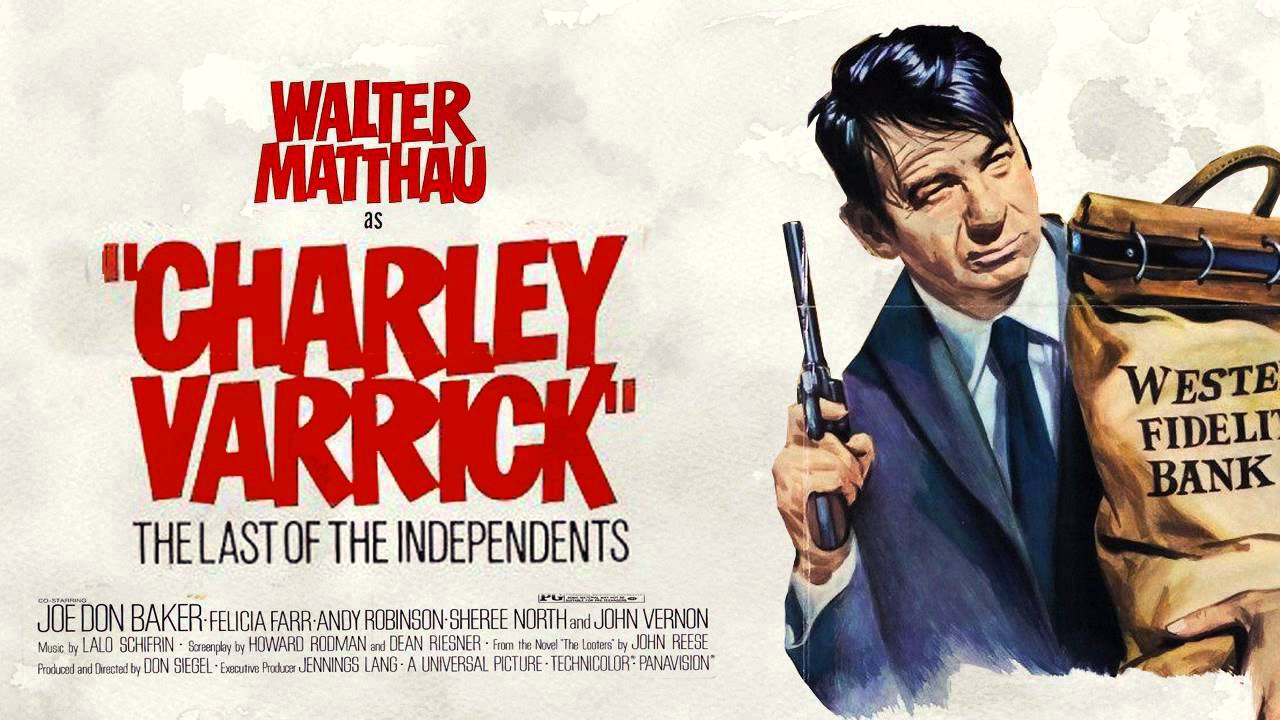 Thanks to that lucky proximity of having seen it 24 hours earlier, Charley Varrick leapt to mind as a prime example. When it was released in 1973 by Universal, few seemed eager to pronounce claims of artistic integrity for what was perceived as an efficient, brutal crime programmer, no more, no less. But seen 45 years later its sturdy, intelligent design couldn’t be more apparent. As a vehicle for Walter Matthau, who would continue the dismantling of his status as strictly a comic actor begun here in films like The Laughing Policeman and The Taking of Pelham One Two Three, it’s an excellent showcase for the star’s ability to project the electrical charges crackling behind his hangdog personage, as Varrick attempts to wiggle out from underneath the greasy, bloody thumb of an increasingly angry and impatient crime syndicate, personified by Joe Don Baker’s grinning hit man and John Vernon’s frighteningly insinuating big boss. And because of Don Siegel’s unblinking camera eye, his sense of graphic continuity, and his insistence that the places where the chase for Charley play out are just as important for the mood that can be drawn out of them naturally, from their simple existence as landscape, as they are in conveying the ineffable sense of the existential net closing in around him, Charley Varrick’s shadow is a long one, particularly for a movie that is only now beginning to be considered with the deference to classic status that certainly I think it deserves.

Most modern noir efforts tend to be too flashy and self-conscious by at least half, but efforts like Brian Helgeland’s Payback and Harold Ramis’s The Ice Harvest, and more recently punchy, unpretentious pictures like Hotel Artemis, John Wick 2 and Scott Frank’s A Walk Among the Tombstones, have reached back through the smoke and wreckage of American action film history toward films like Charley Varrick, and in doing so work to stave off the creative dead-end the form seems to have been mired during since the advent of AVID-enable overediting and general CGI blockbuster-it is. Waiting within that long shadow, for filmmakers with a desire to tread this unforgiving, gravelly road, is the calloused embrace of Siegel’s cold shot to the heart, a movie in which their own curdled spirits are surely rooted. 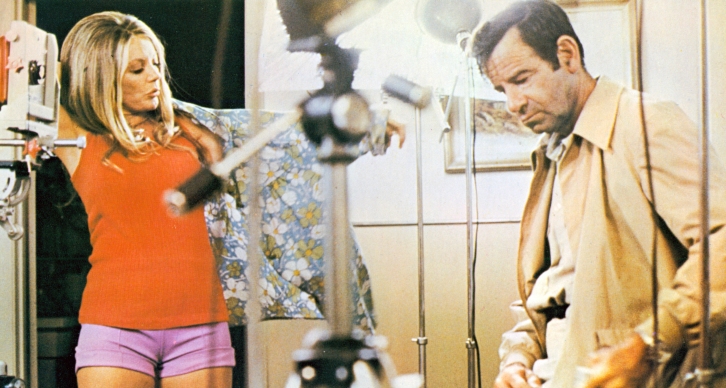 Each time I see Charley Varrick, the crucial importance of its locations to the realization of the bleak comedy and arid cynicism of the movie’s moral ambiguities hit home particularly hard. The template of the movie is set by Siegel’s attention to the details surrounding the bloody holdup that kicks the movie off, staged within the simple, brick construct of the Las Cruces, New Mexico bank, and outside that bank, along the dusty side streets of the town where children play in the unyielding sun and run for cover once the bullets start to fly. Outside that bank, the heat is palpable within the car that Charley sits and waits outside the bank, along with his partner Harman (Andy Robinson) and their getaway driver, Charley’s wife Nadine (Jacqueline Scott), even as they sit shaded by the trees draped around the bank’s front entrance. A bloody shootout ensues, Varrick’s gang directly responsible for the deaths of at least two officers of the law, and they hit the road to attempt an escape. (If there were any action sequence that could prove just how different the ‘70s were in terms of what filmmakers often expected of audiences in terms of moral adjustments to their sympathies, this would have to be one.) 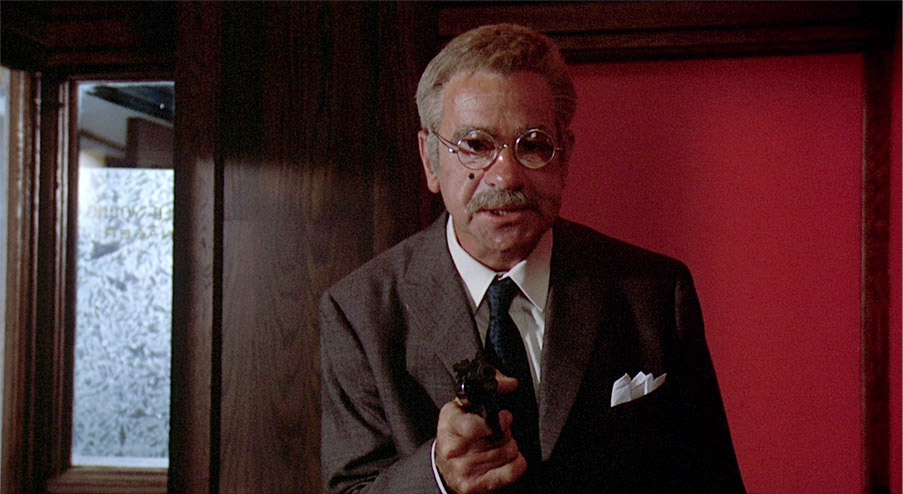 In the aftermath of the getaway chase, which will result in Nadine’s death, Charley and Harman desert the car and don the gear of Charley’s legitimate business— white crop-duster overalls—and make off in Charley’s van, which bears the legend, “Charley Varrick, Last of the Independents.” But they’re stopped by a state trooper on his way to assist in the already-finished chase, and Siegel uses the moment to not only create suspense as to whether Charley and Harman will be recognized (and perhaps kill this poor bastard too), but also to allow us some breathing space after that intense chase, space that we can use to again breathe in the harsh, tactile, literally roadside ambience. I swear I could almost feel the gravel crunching under my feet and the hot air running across my face in this scene. The feel of sagebrush and dust and the foreboding and oppressiveness built into these wide-open spaces is highlighted, subtly, in this sequence, and its methods are carried through the entire film, whether the movie is “luxuriating” in the specifics of Charley’s trailer-park hideaway, a cathouse where Baker chastely spends the night as he moves in for the kill, the stuffy, under-lit interior of a photographer’s shop run by the late Sheree North, who invests an insinuating sexuality into casual betrayal, or in fascinating found-documentary glimpses of the rundown south end of South Virginia Street (specifically, the immediate area surrounding Fitzpatrick’s Casino) in Reno, Nevada, a city which seems forever tied to the seedy vitality in evidence there when this film was shot in 1972. 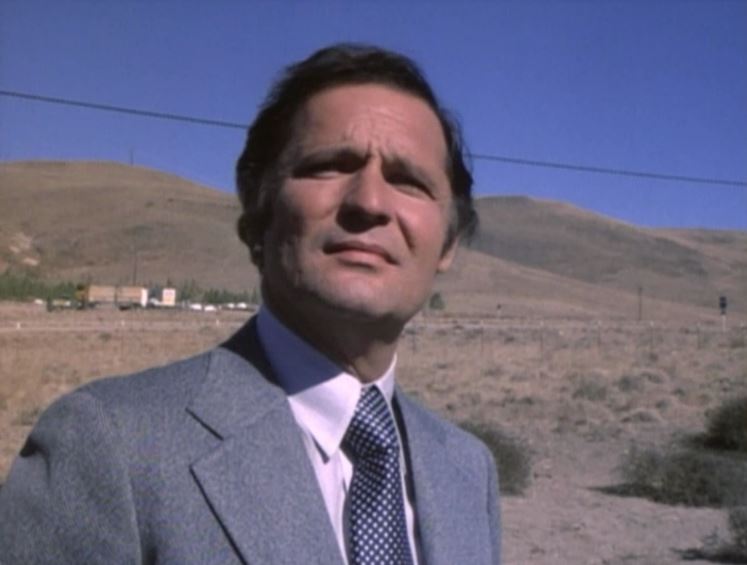 In Charley Varrick, the prickly, dusty landscape and its ambience of indifference is inescapably tied to the film’s crisp visual sense, its terse rhythms and its unforgiving and illuminating approach to character and storytelling. Though championed by some sympathetic reviewers in 1973, the prevailing wind at the time suggested that it was most just another unusually brutal sausage from the Universal factory. Yet seen now, it seems undeniable that Don Siegel’s movie is a model of efficiency and expressiveness, especially after the spectacle of witnessing 45 years of less-talented directors thrashing at the hide, and eventually the skeletal frame, of the modern action film, where money and excess and blind demographic pursuits have yielded fewer and fewer artistic returns. Charley Varrick, surely a masterpiece of sun-bleached, Technicolor film noir, has the desert, its prickliness, its fever, its dusty insistence, in its blood and its soul, and the chill of the nighttime shadow of its influence and its reputation is only likely to grow longer, deeper, more resonant as each year passes, and as each new hotshot director tries to outdo the kind of terse, economical style in which its playfully perverse and formally profound pleasures are rooted.