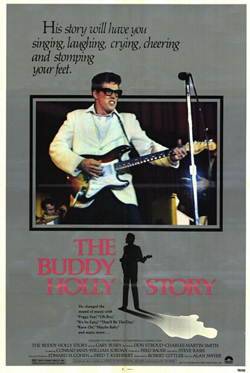 Oscar-nominated Gary Busey lost 32 pounds to play doomed rocker Holly, who weighed 146 at the time of his death. Busey had previously been slated to play Crickets drummer Jerry Allison in an aborted earlier attempt to dramatize Holly’s life called Three Sided Coin, which was cancelled by 20th Century Fox over rights issues. Director Steve Rash made a splash with this, his first feature, that was never to be repeated.