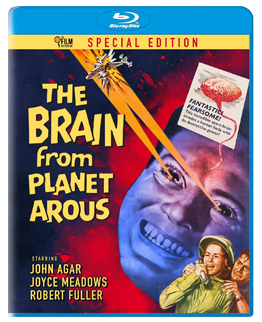 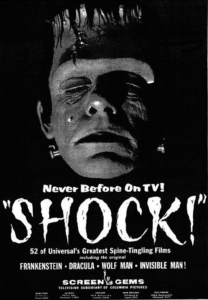 In 1957, Screen Gems released 52 of Universal’s classic horror films to television in a package called Shock! Typically broadcast around the midnight hour on Friday nights, the show was a late night epiphany for third graders who raced to the local bijou in search of more monsters—and sent theater owners scrambling for more product. They found it overseas and across the border.

To mollify the playground crowd, those imports—a mix of art house fare and boilerplate exploitation—were dubbed, retitled, and shorn of most dicey material; France’s Les Yeux Sans Visage became The Horror Chamber of Dr. Faustus, and Italy’s Lycanthropus appeared in local listings as Werewolf in a Girl’s Dormitory. The thrillers produced at Mexico City’s Estudios Churubusco were given kid-friendly titles like Coffin of the Vampire and Santo vs. the Vampire Women—and the intended audience was already primed for them; filmed in lustrous black and white with “traditional” vampires in Lugosi drag, these movies resembled—at least on the surface—the Universal horrors kids were already watching on Shock!

Those South of the border creature features had another selling point: they were bat-shit crazy. The winner of the coveted WTF Award was 1962’s The Brainiac, starring a lizard-tongued ghoul with an unholy appetite for babes and brains. Though the film would become the poster child for Churubusco’s gonzo aesthetic, a tiny studio located in South Carolina got there first: on October 1, 1957, Howco Productions revealed their own Brainiac, a high flying cerebellum named “Gor.” 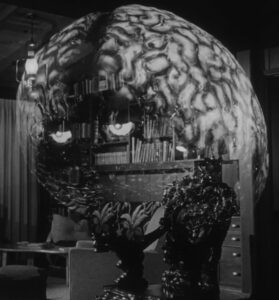 Gor’s plans to rule the world, or at least Bronson Canyon, unfold in The Brain from Planet Arous, directed by Nathan Juran, written by Ray Buffum, and produced by Jacques R. Marquette (who worked double duty as the film’s cinematographer). John Agar, relatively fresh from that same year’s Daughter of Dr. Jekyll, plays Steve March, a boyish nuclear physicist who works out of his home laboratory in the sun-baked climes of Nowheresville, California. March and his easygoing sidekick Dan Murphy are busy monitoring a disturbance in the force; a cloud of radioactivity emanating from a nearby mesa just ripe for a Boy’s Life adventure: “Mystery Mountain.” 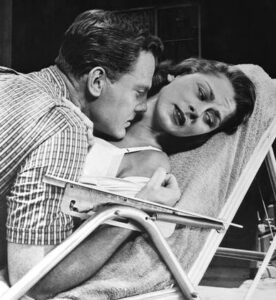 It’s not a mystery for long; the moment these oversized Hardy Boys investigate the source of the trouble, they’re confronted by an even more bizarre phenomenon—an airborne brain with deep-set eyes, stentorian voice, and a special talent for imitating parade balloons. While Dan is quickly incinerated by the surprisingly agile creature, Steve may have gotten the worst of the bargain, he becomes a host for the parasite from Arous, possessed by roller-coaster mood swings and a super-charged libido that is literally out of this world: Gor Needs Women.

The director Nathan Juran had a honorable career as an Oscar-winning set designer before moving to the director’s chair for a string of prosaic but irresistible matinee items like 20 Million Miles to Earth and the immemorial stop-motion fairy tale, The 7th Voyage of Sinbad. In spite of the box office success of those films, Juran was forthright about maintaining his career come what may—an approach that led to questionable projects like 1958’s Attack of the 50 Ft. Woman and The Brain From Planet Arous. 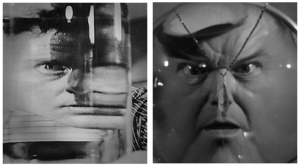 While Juran managed a few directorial flourishes in those films (a distorted shot of Agar behind glass is even replicated in 50 Ft. Woman—alert the auteurists), both projects still taxed the director’s patience with their low budgets, awful special effects, and infantile storylines. When the dust settled, Juran demanded his name be changed to “Hertz” in the credits—but he couldn’t have predicted that these low rent sci-fi fantasies would be, for better and worse, two of his most indelible efforts.

In September of 2000 the American Cinematheque hosted a three-day tribute to Juran at Hollywood’s Egyptian Theater with the 93 year-old director in attendance. While the crowd of middle-aged monster fans was rejuvenated by the widescreen spectacles of Sinbad and First Men In the Moon (perhaps Juran’s most elegant production), the howls of laughter that greeted both 50 Ft. Woman and The Brain from Planet Arous resonate to this day (the reaction to a screening of Phil Tucker’s Robot Monster in 2003 was even more explosive—but that’s another story). 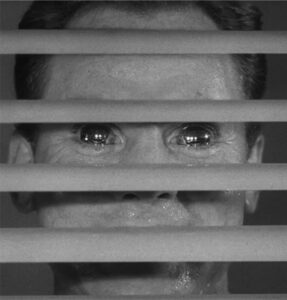 22 years later cooler heads—or warmer hearts—have prevailed, and while Juran might have been embarrassed by the extraterrestrial beach ball bouncing around the hallowed screen of the Egyptian, there’s no denying that the flesh and blood actors performed in the spirit of the adventure. As the possessed scientist with a killer sex drive, John Agar is wildly over the top in all the best ways, transforming himself into a sweaty, bug-eyed maniac with an ultimatum for earth; complete ownership of the planet or he’ll blow up the joint.

While Agar takes care of the scenery-chewing, Robert Fuller as the unlucky Dan, and Joyce Meadows, as Agar’s embattled fiancée, make the wise decision to stand back and play their cards close to the vest. Buffum’s script remains risible—Donovan’s Brain by way of Mel Brooks—but Marquette’s better-than-adequate black and white cinematography gives the film a nice mysterioso flavor, particularly in the baroque confines of the ubiquitous Bronson Cave. 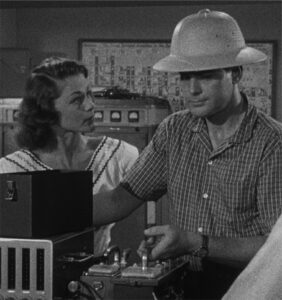 The Film Detective has given more respect to Juran’s loopy cult classic than that audience at the Egyptian, or the director himself, could ever have imagined. The film is presented in two different versions, one matted at 1:33:1 and the other at 1:85:1. It’s taster’s choice; both formats have their strengths and each looks just fine with nice detail—though the film grain dulls the impact a bit. Also included is a feature length commentary with Tom Weaver, who literally wrote the book (several books, actually) on this kind of movie, David Schecter, Larry Blamire, and Joyce Meadows herself.

A few mini-documentaries—produced especially for this release—round out the package: The Man Before the Brain: Director Nathan Juran, The Man Behind the Brain: The World of Nathan Juran, and a introduction to the film with Joyce Meadows—looking great in her pith helmet as she prowls the hills of Bronson Canyon once again. Wrapping up the extras is a booklet tucked away in the slipcase, The Brains Behind “The Brain”, a short essay by Weaver on the life and times of Jacques R. Marquette and the origins of Howco International.