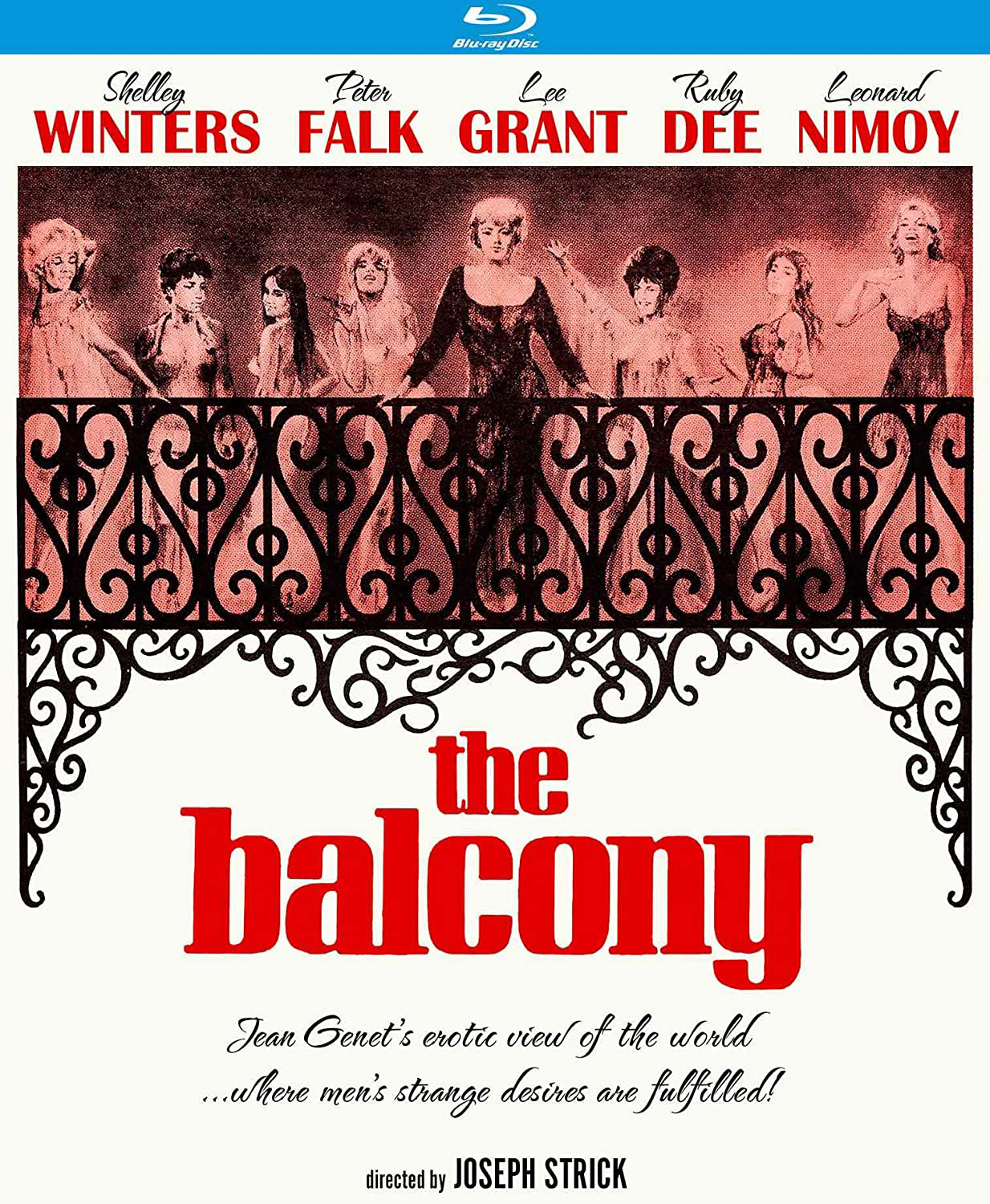 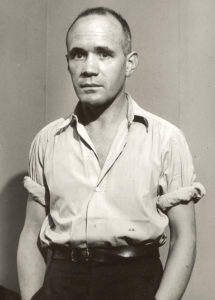 When Jean Genet died in 1986, France’s Minister of Culture proclaimed “Jean Genet has left us and with him, a black sun that enlightened the seamy side of things… Genet was liberty itself, and those who hated and fought him were hypocrites.”

“Liberty” was likely meant as an intentionally ironic description of the artist who spent  part of his literary life working from a jail cell. He was an inveterate thief and proud of it; even after his success he manned a bookstall by the Seine stacked with stolen merchandise. During the occupation of France he was once again behind bars, piecing together a novel using a pencil and brown paper. The book was called Our Lady of the Flowers and was published in France in 1943 and in England in 1949. Hailed by Jean Cocteau, Genet’s tale of a sanctified drag queen sparked the beginning of a long career. There were more books and poems, and even screenplays (including Tony Richardson’s Mademoiselle starring Jeanne Moreau)—but his greatest success came as a playwright.

All the world’s a stage and in  The Balcony it’s also a whorehouse: a one-stop shop of depravity and desire. First performed in English at London Arts Theater Club in 1957, Genet’s story takes place inside a brothel wracked by the sound of revolution in the streets. Brought to the screen by Joseph Strick in 1963, the film version features a fever-dream of a cast: Shelly Winters as Irma the Madame, Peter Falk as a beleaguered police chief, Lee Grant as Irma’s frustrated lover, and Leonard Nimoy as the guerrilla leader pushing the rebellion. Not to mention Ruby Dee as a sullen hooker, Joyce Jameson (co-starring with Karloff and Price in that year’s Comedy of Terrors), and Cat People‘s Kent Smith as a brothel patron in military drag. 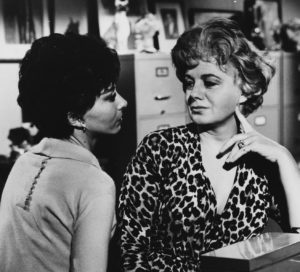 ave for grainy stock footage of an anonymous city in ruins, Strick did little to open up Genet’s provocative farce—much of the time it resembles a filmed stage play: the characters don’t speak their dialog so much as declaim it while Strick’s camera sits very still and observes them within an immovable proscenium arch—in other words there’s not a lot of goofing around in Strick’s world. We’re treated to a series of vignettes featuring the prostitutes and their johns—each a tidy allegory about class status and sexual politics: Dee indulges in some foot fetishism with Peter Brocco who gets off on wearing judicial gowns while licking her toes. Jeff Corey masquerades as a bishop who dotes on confessions, the more lurid the better, and Smith dallies with a young lass in a showgirl’s outfit fitted with a horse’s tail.

Though Winters is the vision of a domineering matriarch in leopard skin, she’s less convincing when the going gets rough in this decidedly non-Hollywood environment. Grant, then in her mid-thirties, positively  shines in her role as a bookkeeper who misses “the life” while Falk is amusing with his quasi-fascist uniform and hot-under-the-collar caviling. The story floats uneasily between reality and fantasy but there is a conventional narrative if you look for it: taking over the brothel as his foxhole, Falk plots to send Smith, Brocco, and Corey, each in their usual masquerades of judge, priest and general, to quell the crowd and regain his power. 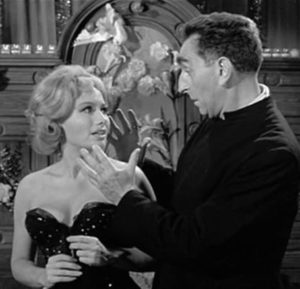 A filmmaker and inventor, Joseph Strick worked two jobs for most of his adult life. His first movie was a celebration of sun, surf and beefcake in 1949’s Muscle Beach. In 1956 he founded Electrosolids Corporation, a company that specialized in gadgets like two-way radios (he was still working as an inventor in 1977—he developed the motion simulators used on rides in Disney’s parks). As a moviemaker he was attracted to the kind of brainy material that was essentially unfilmable; an adaption of Joyce’s Ulysses in 1967, an appropriately rowdy—and X-rated—version of Henry Miller’s Tropic of Cancer in 1970, and Joyce again with 1977’s Portrait of the Artist as a Young Man. It was a fool’s errand but who could blame him? He carried on, turning great art into mundane movies and most critics gave him a pass for his good intentions. He made frequent appearances in court decrying censorship, conventional thinkers, and always tried, like Genet, to enlighten “the seamy side of things.” Oh, the irony—his final film projects were produced under the Disney banner.

More irony—Strick was attracted to transcendently funny writers but his by-the-book approach was humorless. Genet’s play has moments that recall Terry Southern’s outrageous broadsides against the military-industrial complex—a mix of frat boy insults and sick humor. If only Strick’s direction was as inventive as his two-way radios, The Balcony might have been more than another mixed-bag salute to a great writer.

The Balcony boasts a stellar roster of artists including screenwriter Ben Maddow and editor Verna Fields (here working on sound), and Tim Lucas takes full advantage of the talent on display with his commentary for Kino Lorber‘s new Blu ray. The transfer of George Folsey’s black and white cinematography is excellent. Cognitive Dissonance Dept.—Folsey also shot The Great Ziegfeld, Meet Me in St. Louis, and Million Dollar Mermaid. Along with Tim’s commentary, the disc includes a new interview with Lee Grant and a selection of trailers.