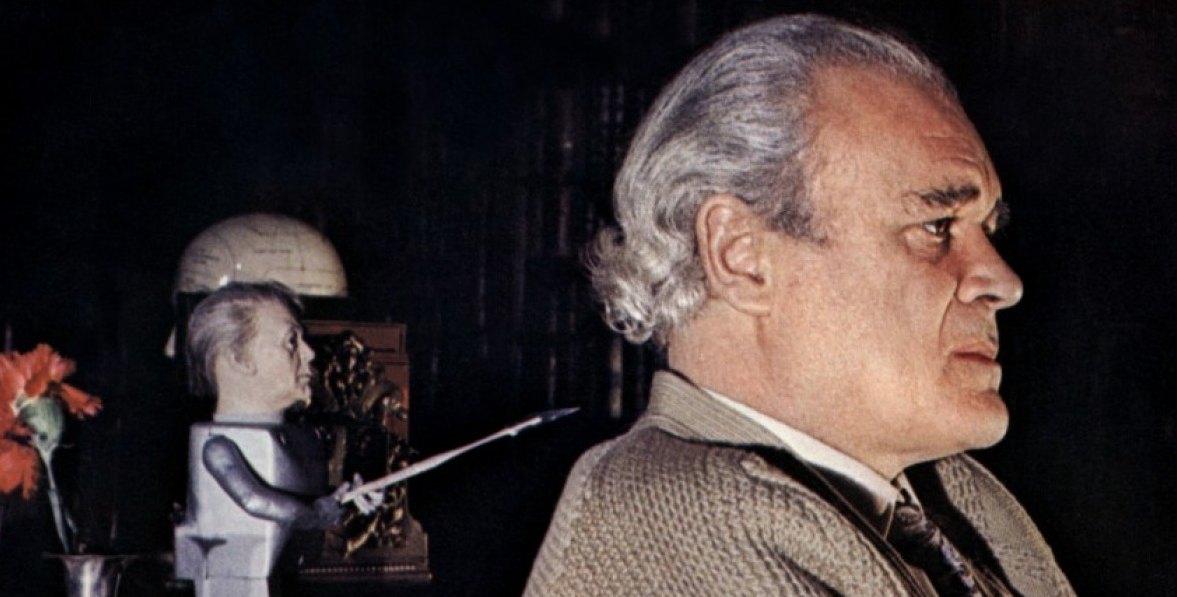 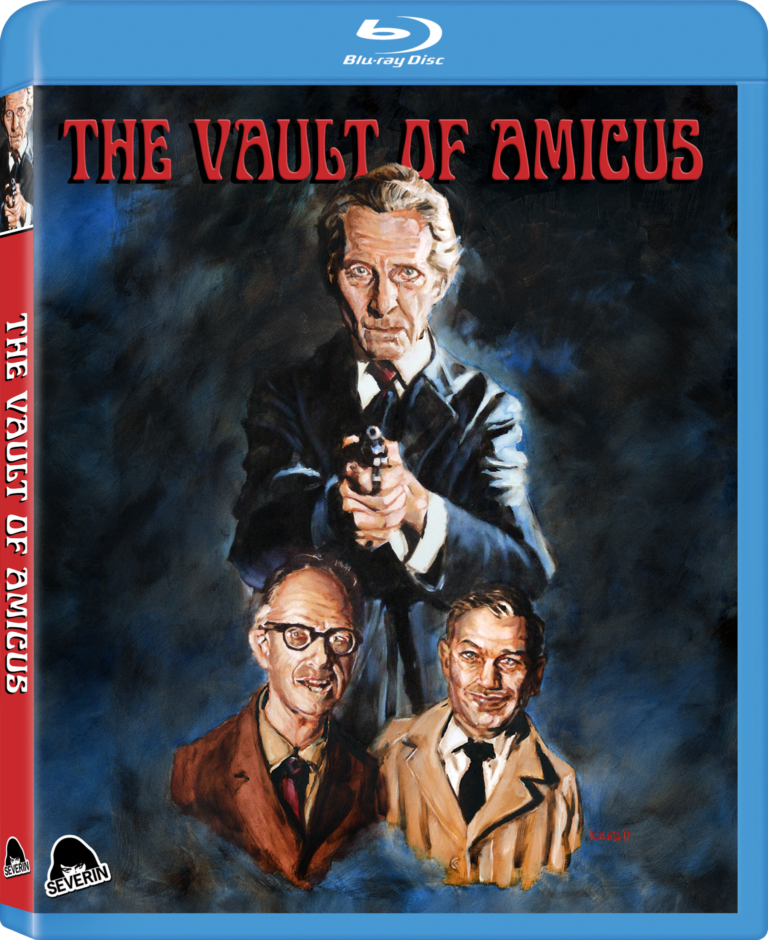 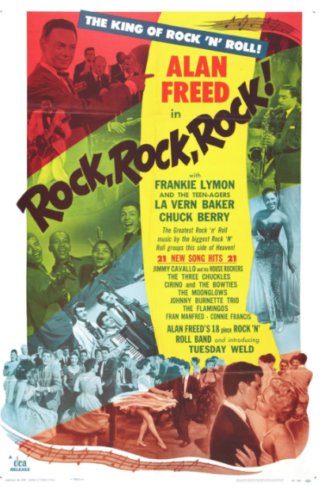 Hedging their bets, the fledgling company followed in the footsteps of both AIP and Hammer, putting one foot in teensploitation and the other into a line of shockers with a supernatural bent. To their credit their initial output had either historic interest (the 1962 teen musical, It’s Trad Dad, was Richard Lester’s first feature film) or genre cred (City of the Dead remains a respectable mix of Hitchcockian suspense and Bavaesque mannerisms). But Rosenberg and Subotsky rather quickly lost interest in rock ’n roll and turned their attentions almost exclusively to the horror genre with lively spook shows like 1965’s Dr. Terror’s House of Horror (with Peter Cushing and Christopher Lee) and ’67’s eccentric Torture Garden (featuring the oddest of odd couples, Burgess Meredith and Jack Palance).

The late 60’s – early 70’s were a generational tipping point on most fronts but particularly at the box office and as Hammer began an effort to shore up their profits with more explicit sex and violence, Amicus thrillers became ever more conservative, offering up distinctly anemic entertainments in comparison to their competitor’s more provocative output. Throughout the decade Subotsky/Rosenberg productions grew increasingly sexless and virtually bloodless (even their vampires were toothless.) The three films featured on Severin’s new blu ray set, The Amicus Collection, are especially notable for their timidity and utter predictability.

Directed by Roy Ward Baker and written by Robert Bloch, Robert Powell stars as a psychiatrist auditioning for a job in 1972’s Asylum. Powell’s tryout entails interviewing the hospital’s inmates whose ghastly confessions form the basis for the three films within the film. If the viewer gets a sense of déjà vu it’s because Bloch has not so much written the stories as recycled them, cribbing from his own work or warming over familiar storylines from E.C. comics.

In Frozen Fear, Barbara Parkins relates the story of her chiseling boyfriend, Richard Todd, who has the bad idea of chopping up his voodoo-obsessed wife while Lucy Comes to Stay finds Britt Eckland and Charlotte Rampling engaged in a make-believe friendship that leads to murder.

Starring Peter Cushing and Barry Morse, The Weird Tailor is a hoary Bloch yarn about a mystic attempting to revive his dead son with the help of an occult suit of clothes. With  its macabre overtones of The Monkey’s Paw, the story first appeared in the July 1950 issue of Weird Tales and eventually found its way to television in a 1961 Thriller episode starring Henry Jones and Abraham Sofaer. That telecast packed a macabre punch but Roy Ward Baker’s direction for the Amicus remake is so perfunctory that even the grisly kick that propels most of Bloch’s work is missing.

The device that frames these stories, starring the aforementioned Powell along with Patrick Magee and Herbert Lom as a mad scientist dabbling in soul-transferral feels especially puny, a undeveloped jumble that resembles a Night Gallery reject.

Another stellar cast, including Peter Cushing, Patrick Magee and Ian Ogilvy, finds themselves lost in 1973’s And Now the Screaming Starts with Ward Baker returning to the director’s chair. Stephanie Beacham stars as a newlywed brought to her husband’s cavernous estate who is immediately (and with a conspicuous lack of suspense) met with hackneyed visions of a dead-eyed ghoul hovering outside her window.

The plot turns on a Hound of the Baskervilles-like curse (with a mortifying cameo from Herbert Lom) and the picture receives a welcome jolt from Cushing himself who channels Holmes in his dogged search for the secret of the star-crossed mansion.

Subotsky and Rosenberg reached back to the venerable pulp mag Thrilling Wonder Stories for their 1974 release, The Beast Must Die directed by Paul Annett. Published in 1950, There Shall Be No Darkness told the tale of a gathering of weekend vacationers who discover that one of their members is a werewolf.

The story was updated to contemporary standards with now risible bell-bottomed jeans and outré hairstyles throwing cold water on any suspense that might inadvertently break out. Calvin Lockhart plays the slightly looney millionaire who sets the plot in motion and though the film leans on And Then There Were None and The Most Dangerous Game for its structure it gains nothing in return. Once again Peter Cushing is above it all and future CBE Michael Gambon has little chance to register. Probably best known for the William Castle-like gimmick of the “Werewolf Break’, Beast feels more like a nightmare hybrid of Fantasy Island and The Love Boat.

Fans of these films will be delighted by the care Severin has taken with this set. The transfers, featuring the work of brilliant cinematographers Denys Coop (This Sporting Life) and Jack Hildyard (The Bridge on the River Kwai), can’t be faulted. And the extras, including interviews (both current and contemporary) and specially produced documentaries, are more than generous.

With no little irony, it’s the fourth disc in the collection that holds the most interest; a vast collection of trailers from the majority of Amicus’ output including a number of obscure entries like The Birthday Party (a Pinter adaptation starring Robert Shaw), What’s Become of Jack and Jill (a modish suspense film starring Mona Washbourne) and The Psychopath (a kinky thriller directed by Freddie Francis, written by Robert Bloch and starring Burn, Witch, Burn’s Margaret Johnston).

Also among those trailers are Dr. Terror’s House of Horrors (in a vibrant transfer) and one of Amicus’s loosest, funniest films, The House that Dripped Blood.

Here’s Edgar Wright with his own take on Asylum.