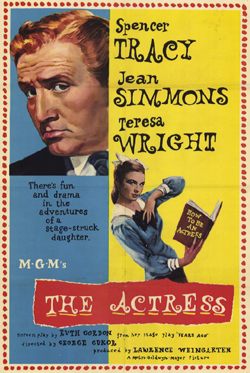 George Cukor’s bittersweet remembrance of actress Ruth Gordon’s determination to become an actress showcases one of Spencer Tracy’s most acclaimed performances as her diamond-in-the-rough father. Jean Simmons plays the 17 year-old Gordon and gangly Anthony Perkins makes his film debut as her boyfriend.