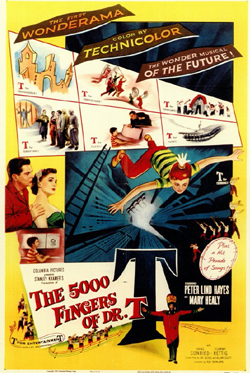 Columbia Pictures chief Harry Cohn never forgave producer Stanley Kramer for this early Dr. Suess fantasy that was supposed to be another Wizard of Oz but turned out more like Willie Wonka as directed by Liberace. One of the stranger major studio “family” films, with subtexts you just don’t wanna know about. Seuss once claimed that Kramer actually directed most of the picture after director Roy Rowland fell ill.