Here’s another gem from the TFH Vault. From September 27, 2007, it’s Joe Dante on The Revenge of Frankenstein. 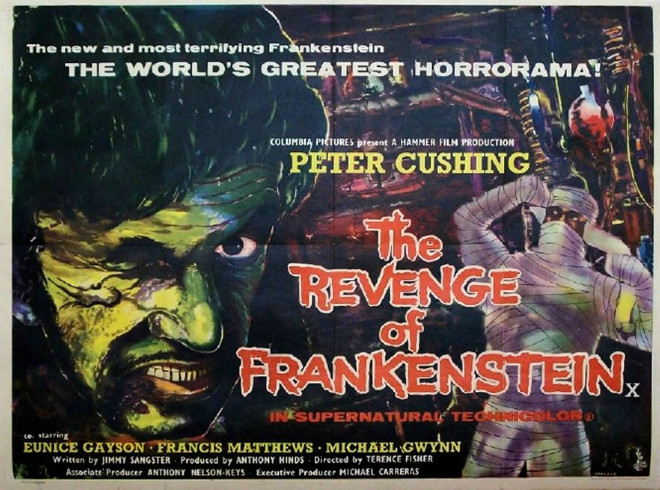 Terence Fisher returns to direct the first (and best?) of six sequels to the groundbreaking Curse of Frankenstein, bringing new complexity and plenty of gallows humor to the character of Baron Frankenstein, the alternately malevolent and admirable protagonist whose grand experiments just never seem to work out.