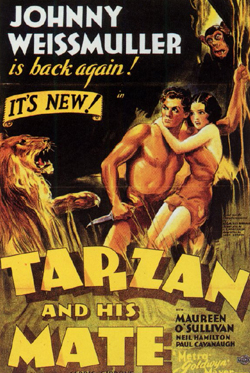 Tarzan and His Mate

Generally regarded as the pinnacle of MGM’s Tarzan series, this pre-code entry is the second in the 12-picture Weissmuller series, spectacularly produced and unexpectedly violent considering the kid-friendly tone of later episodes. Though credited to veteran art director Cedric Gibbons, most of the film was directed by Jack Conway and James C. McKay.