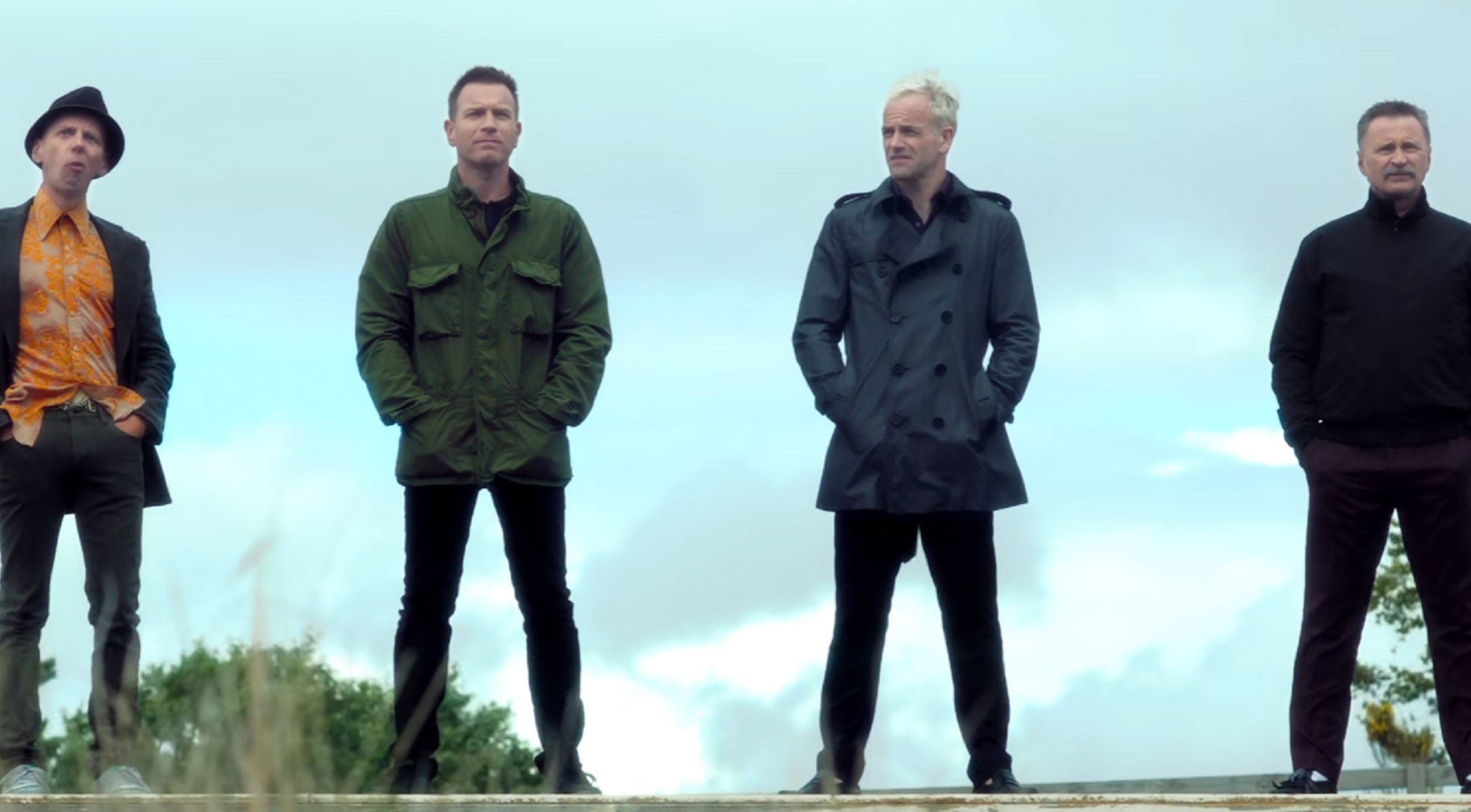 In 1997 there came a little movie called Trainspotting, adapted by director Danny Boyle and scenarist John Hodge from Scottish writer Irvine Welsh’s novel of the same name. It was the loose-limbed story of a group of childhood friends spinning their collective wheels in the working-class gloom of Edinburgh, Scotland, scheming schemes, committing petty crimes, arguing the merits of Sean Connery (and, by extension, Scotland) and trying to sustain those decaying friendships all while rotating in and out of a seemingly hopeless cycle of heroin addiction, indulgence and withdrawal. For me, Trainspotting’s exuberant, hyperkinetic style decorated a somewhat sensationalistic attitude toward tragedy, on a sociopolitical as well as personal scale, and its scabrous energy always seemed too much at odds with the overwhelming lethargy which follows the orgasmic relief of a desperately needed hit. (I guess I’m more of a Panic in Needle Park kind of guy.) 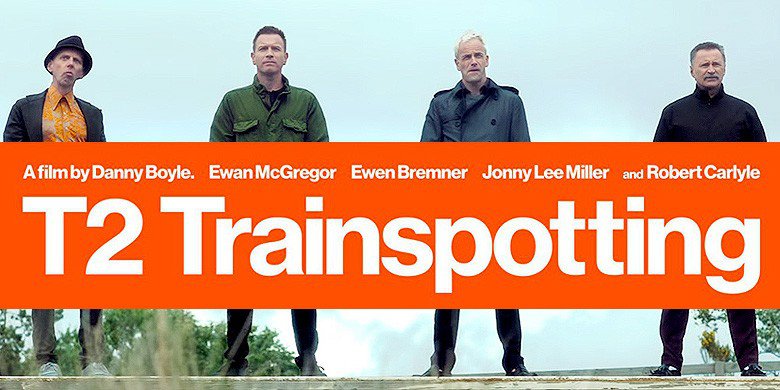 But what do I know? The movie ended up becoming a smash hit in the UK, and a sizable one in the US as well. Many have asserted in the 20 years since it was released that Trainspotting, the movie, was a generation-defining event, and perhaps in Scotland it was. But in terms of its general reception I think it’s more likely, more broadly and more simply a matter of Trainspotting having provided one of those points of demarcation in terms of the vicarious allure of the movies over any shared life experience, in seeing what films specifically end up being, in the market-driven zeitgeist of modern movie-going, the campfire a generation gathers around, which ones carry collective, sometimes slippery, even indefinable meaning for a generation, in the same way that Clockwork Orange or Star Wars or Top Gun or Pulp Fiction did.

Judging by the reaction of the opening night audience in Hollywood for T2 Trainspotting, the much-anticipated sequel to the 1997 film which reunites the director, writer (of screenplay and novel), and the entirety of the original cast, whatever that meaning might be it runs deep—the reintroduction of each familiar character inspired the same sort of cheering and applause that was part and parcel of nostalgia-ready audiences getting their first taste of Star Wars: The Force Awakens. And one of the new movie’s most undeniable attractions is in not only in revisiting these excellent actors in these particular roles—they are to a man and woman better than ever– but in seeing what 20 years has done to them and for them, and of course comparing their own progress to our own. 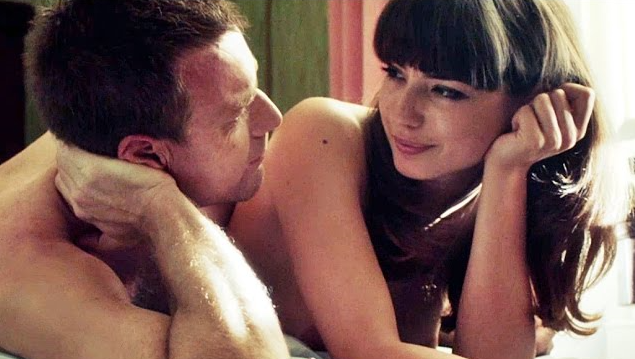 But as it has been suggested, nostalgia ain’t what it used to be. From the first frames Boyle effortlessly recharges, amplifies and recharacterizes the energy that propelled the first film— the nihilistically-tinged forward movement for movement’s sake of our introduction in 1997 to Mark Renton (Ewan McGregor), laughing after being hit by a car, running aimlessly from the consequences of some unseen crime, is replaced here by Renton, now 20 years older, making the same mad dash to nowhere, but this time he’s on a treadmill in a franchise gym in Amsterdam, and this time he’s laid out not by an unfortunate driver but instead a heart attack. The suddenness of Renton’s spill generates a laugh, but as with most of the comedy in Boyle’s Trainspotting movies there’s no laughter in the strange stillness that follows. And with that slapstick fall the consequences of the past have only begun to come home to roost.

Renton’s own brush with death compels him to face up to the life he’s been running from for two decades. He returns to Edinburgh ostensibly to comfort his father in the wake of his mother’s passing, but more pointedly to confront those old friends and to somehow make amends (or maybe just assuage his own guilt) for having left them in the Edinburgh lurch and betraying them by making off with the cash from a drug deal robbery at the end of the first film. Those reunions, prickly and dangerous, form the foundation for the second film’s richer, more reflective and certainly more emotionally resonant strategy. 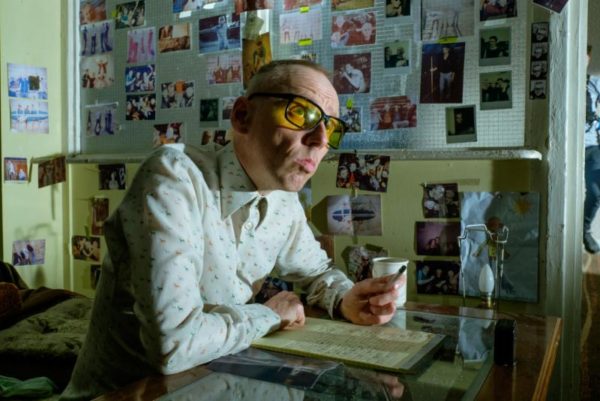 We first catch up with the only one of the four friends still using skag, Spud (Ewen Bremner), who’s stuck in a downward spiral of meaningless jobs, fruitless drug rehabilitation and desperation to stay connected to his ex-wife (Shirley Henderson) and their young son. Renton unwittingly interrupts Spud’s attempt at an honorable suicide, an act which puts Spud yet again at the embarrassed mercy of an ill-timed eruption of body fluids, T2’s most potent, riotously funny nod to the comedy of horrors that was the first film’s stock in trade.

Renton’s attempted reconciliation with Sick Boy (Jonny Lee Miller), now grown-up enough to at least go by his given name, Simon, doesn’t go much smoother. Simon is scratching out a living managing a run-down pub on the edge of a bad patch of urban-industrial wasteland, making ends meet by blackmailing local hotshots with the help of his Bulgarian expatriate girlfriend Veronica (Anjela Nedyalkova, who might be Eastern Europe’s answer to Marisa Tomei), and he’s still seething over Renton’s betrayal– their tentative mutual assessment goes from distanced small talk to a violent brawl in a scary flash.

Kelly MacDonald makes a welcome, although all-too-brief appearance as Diane, now a lawyer whom Renton consults when Simon’s blackmail schemes get him arrested. When she first appeared, the audience cheered MacDonald as if she were the movie’s equivalent of Carrie Fisher returning as Princess Leia. Unfortunately, the movie has no idea what to do with Diane– she’s escaped the drudgery of working-class Edinburgh only to function chiefly as a measuring stick for Renton’s self-ascribed failure of purpose. 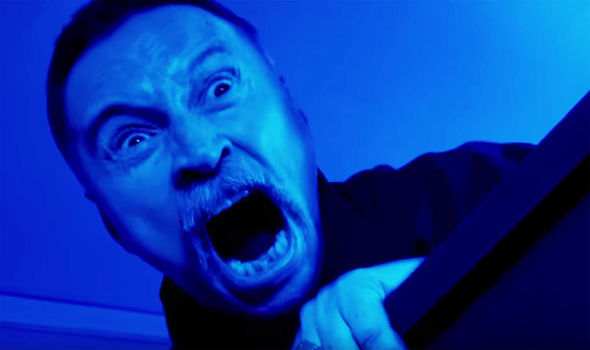 But the elephant in the room (one of them, anyway) is, of course, Begbie (Robert Carlyle), incarcerated for most of the 20 years in between the first movie and this new one, whose improbable escape from a prison hospital and even more improbable return to the Edinburgh home where his wife and son live, with no apparent worry of being tracked down by police, coincide with Renton’s visit home. Begbie has no idea his bete noire, the seething focus of 20 years’ worth of self-righteous rage, is back in town, but you and I, and Boyle and Hodge, know that it’s only a matter of time before the psychopathic Scot, whose accent is so impenetrable that Boyle sometimes accompanies his rants with stylish subtitles, finds out about Renton’s return. And when he does Begbie demands his due like the worst, most vile demons of the past usually do.

The other elephant—heroin— gets plenty of attention as it pertains to Spud’s painful and persistent struggle to ignore the craving in his veins, and Bremner does a brilliant job here conveying Spud’s sense of ultimately being alone in that struggle. He knows that, though Simon is still a cokehead, he and Renton seem to have conquered, or at least tamed their addiction to skag, just another aspect of his life that makes Spud feel as though he’s been left behind. But T2 seems mysteriously reticent when it comes to seriously addressing how heroin addiction was once the central fabric and motivation of Renton and Simon’s lives as well. They tentatively warm to each other, but the specter of betrayal—financial and, as it turns out, sexual—leads to further tension and a reacquaintance with the needle. But as it plays in the course of the movie that reacquaintance is apparently a casual one, and the subject is dropped (for the moment anyway) almost as soon as it is introduced, as if a heroin shot at this point were nothing more than a weekend backslide into bad habits with no more consequence than a bad hangover—a curious misstep for a movie of such surprising empathy and introspection to make. 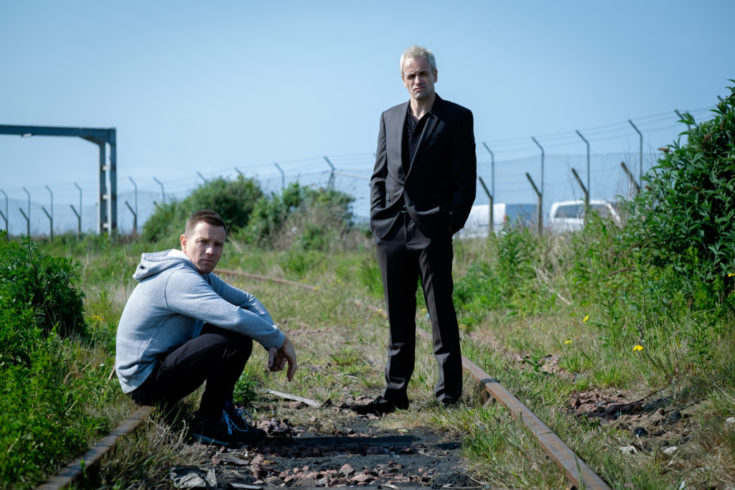 “You’re a tourist in your own youth,” snarls Simon to Renton midway through the movie, and it’s the sort of self-reflective joke that the movie traffics in to near profound effect. Renton comes back home facing a newly minted sense of mortality and a need to come to some kind of terms not only with his own actions and how they’ve affected his friends, but also with his own sense of torpor, of being saddled by the implications of a rosy diagnosis of health and 30 more years of life coming just at the point when he’s become reacquainted with the desperate aimlessness which has always clung to the edges of his life. Yet the key to T2’s effectiveness is how deeply it understands that Renton’s desperation to reconnect with and reassess his past is shared by its audience. A sequel by definition, promises more of the same, and Boyle’s impish sense of play, refined here into a style far more sophisticated than the one he was honing in 1997, imparts that necessary sense of familiarity.  But T2 becomes its own animal, imbued with the strange, inharmonious mingling of exuberance and melancholy which can only be transmitted through age and experience, by a consideration of the fear of what might happen when another sort of needle drops, into the grooves of the old vinyl Iggy Pop album still sitting in Renton’s bedroom after all these years. It’s a fear acknowledged by the movie’s exhilarating, and horrifying, final shot, which carries chilling echoes from the first film, and it’s one that is ultimately honored by the movie’s commitment to Renton and company as fleshed-out individuals, not simply as snarling attitudes and generational signposts. At the end of T2’s nearly two-hour run, there’s no simple reassurance when the final train pulls out of the station right on time. Those 30 years still lie in wait.