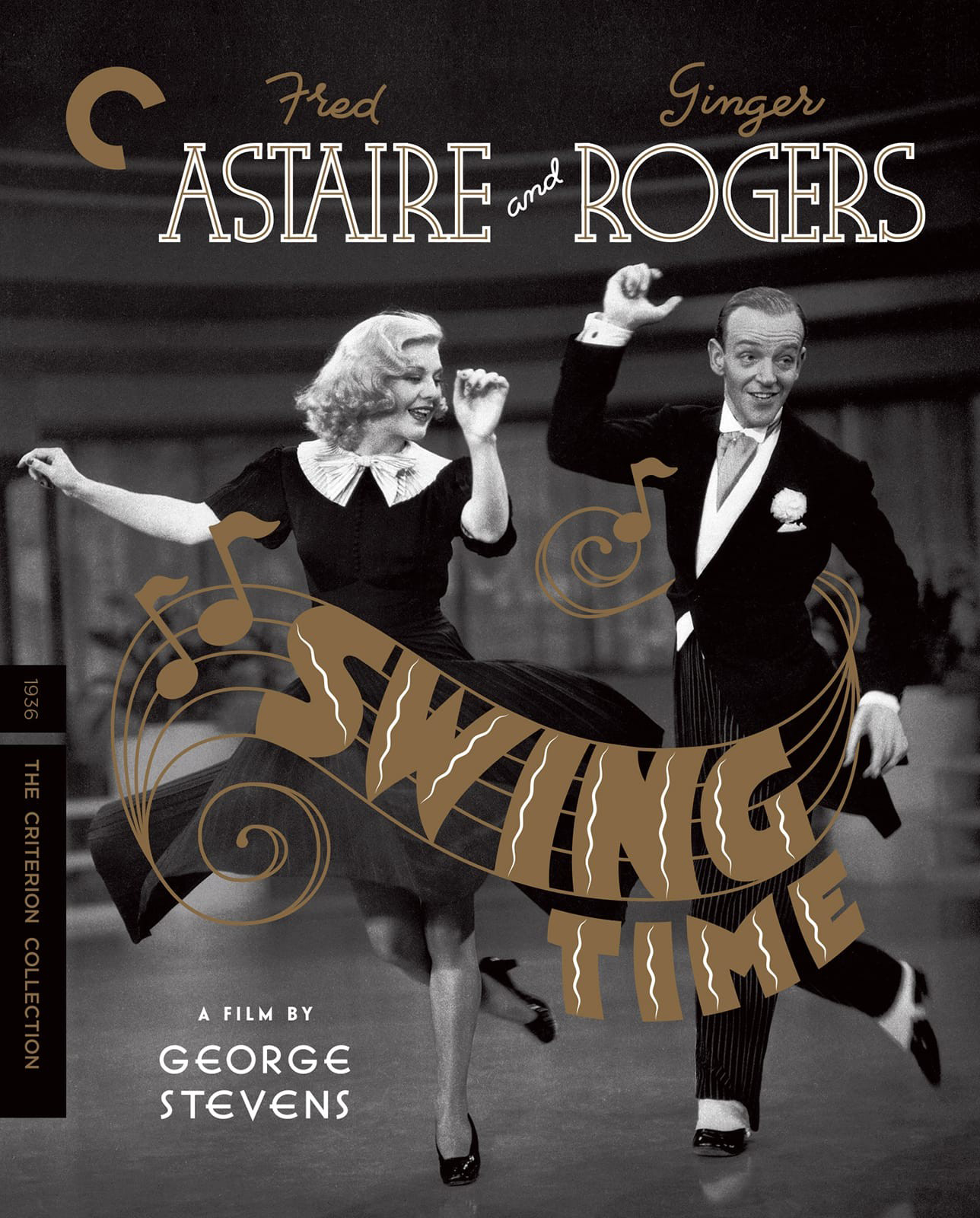 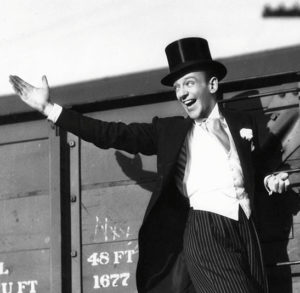 The image of a tuxedo clad Fred Astaire hopping an empty boxcar sums up the double-edged appeal of Swing Time, a transcendent musical-comedy in which Fred and Ginger meet the depression head-on – Runyonesque sentimentality is avoided thanks to George Stevens’ no-nonsense direction and the clear-eyed love songs of Dorothy Fields and Jerome Kern.

Astaire plays a down-on-his-luck hoofer named Lucky who catches sight of a beautiful dance instructor named Penny and naturally falls in love (those too-perfect names will hang over the movie like a curse). The smitten hoofer trails her to the studio where she coaches would-be romantics in the art of… being Fred Astaire. Penny does her best with the supposedly flat-footed interloper but only succeeds in getting fired by her bad-tempered boss played by Eric Blore. 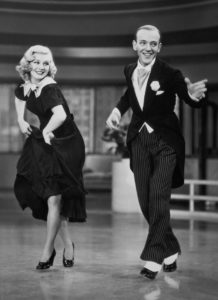 Lucky saves the day along with Penny’s job with a fast-paced polka to Pick Yourself Up, one of the most joyous entries in the Astaire-Rogers canon. Though the number has enough twists and turns for a tilt-a-whirl the couple remains serenely nonchalant – sailing above the fray of their own making.

That dance is “technically” a polka but there is nothing beer barrel about Fred and Ginger’s supercharged performance – just as Astaire presents himself as a stumblebum to Penny’s perplexed dance coach, the many-layered musical routines underscore the uncertainty at the heart of their love affair – a “perfectly swell” romance played out against an equally uncertain moment for the country.

That worried feeling permeates The Way You Look Tonight, one of the most swooningly romantic songs ever written. Though the tune is an anthem to everlasting love it’s staged as a comedy routine – as Fred croons “lovely, lovely, never, never change”, Ginger appears from the bathroom in an absurd soap suds wig. Even then Fields’ lyrics reveal a melancholy undertow – when Astaire intones “Someday, when I’m very low” he’s already imagining their separation. 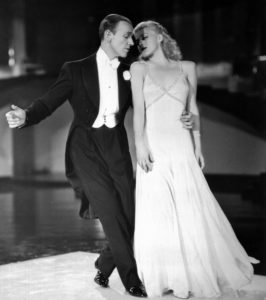 Lucky and Penny’s “fine romance” ebbs and flows according to the dictates of the plot, an on again, off again affair that sees them attaining higher levels of success while growing further apart – thanks in part to a slippery band leader (played by Georges Metaxa) intent on coming between them (though the notion of Ginger falling for this glad-handing blowhard is a bridge too far for any audience).

Their stormy relationship reaches its come to Jesus moment with Never Gonna Dance, an about-face to  the sunny optimism of Pick Yourself Up and a defining moment in Astaire and Rogers’ career – and movie musicals in general.

Choreographed by Hermès Pan and performed with dazzling gravitas by the duo, the songs heard throughout the film are woven throughout the sequence – turning the dance into a heartbreaking snapshot of their love affair. 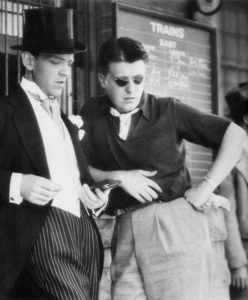 George Stevens plays the indispensable third wheel in Fred and Ginger’s night on the town – his lucid and transparent style – a technique that matches Astaire’s no-frills attitude toward his meticulously planned routines (Never Gonna Dance, the ne plus ultra of that approach, was an unbroken take).

There are shiny art-deco sets aplenty, solid gold comedy from Blore and Helen Broderick and the movie ends in gales of laughter – but the feeble box office reflected the ticket buyer’s misgivings about the film’s bittersweet mood. Carefree, their 1937 entry, may have been a mea culpa for Swing Time’s brush with the real world but to no avail – it was the first Astaire-Rogers film to not show a profit.

Criterion’s new Blu ray package isn’t as loaded as, say, their release of Equinox – but to quote Spencer Tracy, “what’s there is cherce.”

Most welcome is the presence of the great jazz critic – and equally impressive film writer – Gary Giddins. His take on the hue and cry surrounding the racism of the Bojangles number (a tribute to Bill Robinson with Astaire performing in blackface) are thoughtful and unsparing. Mia Mask chimes in with more thoughts on the famously, tragically, problematic sequence.

The supplements are, via Criterion’s site:

Here’s Gary Giddins on Sweet Smell of Success – with a brilliant deep dive into the film’s jazz milieu and the score by Elmer Bernstein.