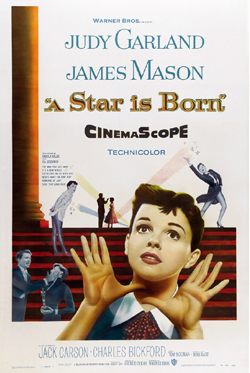 A Star is Born

Cary Grant was originally entreated by co-star Judy Garland to play fading star Norman Maine in this remake of the 1937 original, but when he stepped out James Mason took over to provide one of his most iconic performances. Director George Cukor (who had filmed the first version of the story, What Price Hollywood?) was outraged when the studio dropped 47 minutes from the general release version. He refused to watch the film again until until the painstakingly restored 1983 release, but died before he could see it.