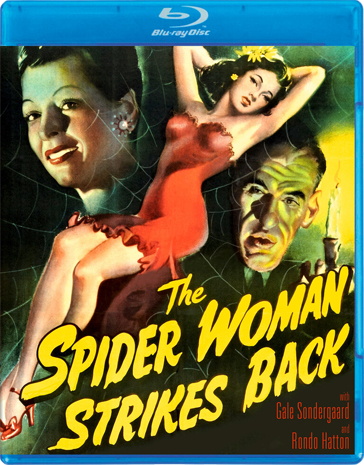 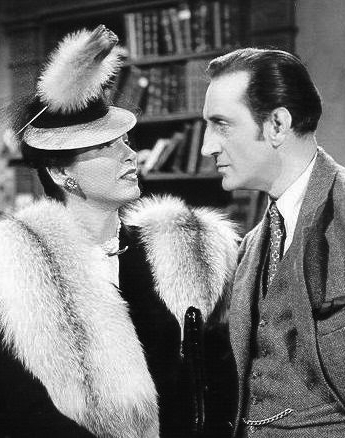 People are measured by the company they keep—in a superhero’s case, that company is usually the supervillain. Villains, besides giving the hero a reason to exist in the first place, can liven up the joint; a dam burst here, a toppled bridge there, chaos and special effects ensue, and the popcorn munchers are happy. Sherlock Holmes was one of the few heroes who was fun all by himself (due respect to Dr. Watson)—the detective’s obsessive-compulsive brilliance, his monkish lifestyle, and his fondness for beekeeping and cocaine were just some of his more endearing quirks.

The filmed versions of Conan Doyle’s most famous character—not a superhero but seemingly immortal—were not so concerned with Holmes’s idiosyncrasies. This was especially true of the long-running series starring Basil Rathbone as the Baker Street sleuth; Universal Pictures smoothed out his rough edges and made sure to have a villain handy in case of emergencies—but even Moriarty’s presence began to wear out its welcome. Enter The Spider Woman, a statuesque vamp with a lethal smile and cheekbones to die for—in other words, Gale Sondergaard.

In 1943’s The Spider Woman, Aka Sherlock Holmes and the Spider Woman, Holmes truly met his match. Sondergaard plays Adrea Spedding, a kind of female Moriarty with a lengthy wishlist of nefarious plans. Lately she’s enhancing her bad girl cred by engineering a ghoulish get-rich-quick scheme; bamboozling penniless gamblers out of their life insurance before silencing them with poisonous spiders. Made at the midway point of Rathbone’s eight year tenure as Holmes, Spider Woman rejuvenated the series and remains one of its most purely entertaining entries thanks to the delightfully shrewish Sondergaard. Though only five feet, six inches, the actress manages to stand nose to nose with the towering Rathbone and gives as good as she got; they share the same clipped diction and self-satisfied aura—cool cats who just swallowed the unwary canary. 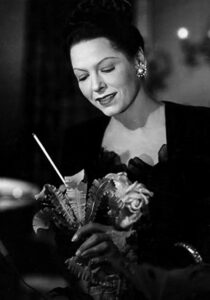 By 1946 the usually reliable Universal horror films were merely going through the motions—stalwart leading monsters like Boris Karloff and Lon Chaney Jr. were beginning to make themselves scarce—either through better opportunities or a pink slip from the front office. In their place was a faceless band of also rans—supporting players given a chance to chew the scenery like the big boys; Martin Kosleck as a demented sculptor in House of Horrors (though Kosleck carried the movie, he was still listed fourth in the credits), Noah Beery Jr. in a monster-less murder mystery called The Cat Creeps, and June Lockhart who may or may not be, the She-Wolf of London.

Those films would test the resolve of even the most ardent Universal fan yet each one resembles The Bride of Frankenstein when compared to Arthur Lubin’s The Spider Woman Strikes Back. Sondergaard reprises her spidery femme fatale role—but only in as much as it reflects her choice of pets—her name in this quasi-sequel is Zenobia Dollard. The Spider Woman still has a fondness for slinky critters and subterfuge, but instead of Basil Rathbone, Sondergaard goes toe to toe with the future Sky King, Kirby Grant—a lopsided fight card if ever there was. 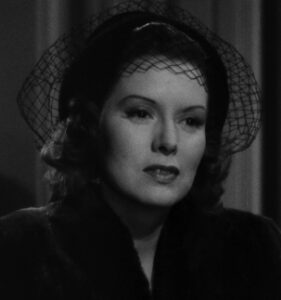 Grant plays Hal Wentley, still nursing a college crush on Jean Kingsley, a nomadic beauty played by Brenda Joyce who’s back in town to assist the reclusive Dollard, a scientist whose isolation might be blamed on her blindness—except of course she’s not really blind; she’s at the heart of a conspiracy to control local farmlands by destroying their livestock with the help of mutant spiders and the blood of unsuspecting young women (read that again, we’ll wait). Screenwriter Eric Taylor was no Ben Hecht but, having written The Ghost of Frankenstein and 1943’s Phantom of the Opera, he probably should have known better. If it feels like the entire film was produced under duress that’s because it’s true; Universal was hurriedly squeezing the last drops out of its players before their contracts expired.

Cows or no cows, many a Universal actor had to make do with preposterous plots—and the plot for Spider Woman Strikes Back is so ridiculous, it should be lively fun—but Lubin’s work is the opposite of energetic (perhaps he was just more inspired by horses, he was the mastermind of the Francis the Talking Mule series and the Mr. Ed TV show). The actors are left flailing (though they may have flailed anyway) and the only one who remains unscathed (or unembarrassed) is the emotionless Rondo Hatton who plays Mario, Zenobia’s mute man about the house (kudos to Taylor who apparently named his characters using random entries from a Bulgarian phone book). The Spider Woman Strikes Back was released on Christmas Day in 1946,  on a double bill with House of Horrors—two Rondos for the price of one—happy holidays!

Kino Lorber’s new Blu ray adds a bit of insult to injury; the dull, degraded image looks like Mario was in charge of quality control (for the usually reliable Kino, this was probably the result of the “best available” print). Fortunately the disc extras save the day—there’s a full length commentary from Tom Weaver (the guy who literally wrote the book on Universal Horror) and David Schecter, the producer responsible for the release of so many memorable genre scores thanks to his company, Monstrous Movie Music. There’s also a fact-filled new documentary, Mistress of Menace and Murder: Making The Spider Woman Strikes Back with contributions from film historian C. Courtney Joyner, Oscar-winning make-up man Rick Baker, and director Fred Olen Ray. The original theatrical trailer wraps up the package.