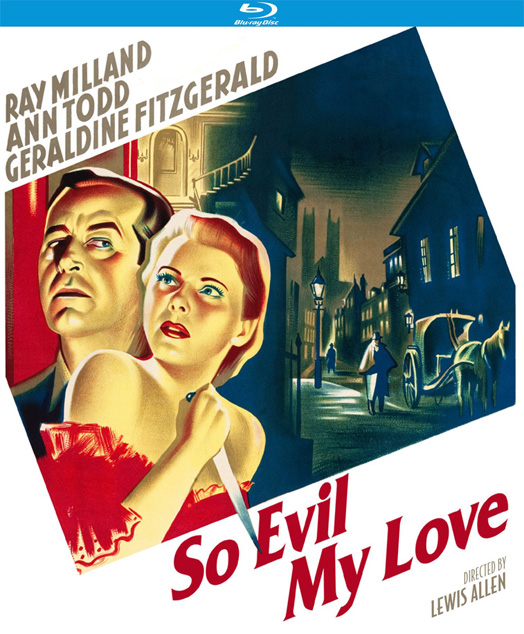 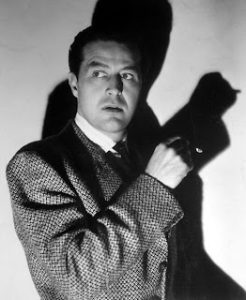 In 1944 Ray Milland starred in The Uninvited, the story of an orphan plagued by the vengeful spirit of her mother. The film remains a shivery classic of familial strife but contrary to its inhospitable title, Milland never looked so at home. But then the actor had always appeared haunted. Even in his comedies—and he made a lot them—Milland delivered his lines like a condemned man, as if he understood the tragic implications of a pratfall. There was an advantage to his angst—in It Happens Every Spring, one of the most lighthearted farces of the 40’s, Milland’s sourpuss keeps the movie from being so frothy that it floats away. Savvy directors tapped into that grave quality more than once; he was a tortured drunk in The Lost Weekend, a meticulous assassin in Dial M for Murder, and the devil himself in Alias Nick Beal. In 1948’s So Evil My Love, Milland returns as malevolent as ever but for the first time he has a partner in crime. It’s the tale of a self-loathing missionary’s widow and a murderous conman—at movie’s end he has so thoroughly corrupted this blandly virginal introvert that the movie’s title takes on an unexpected ambiguity: just which of these lovers is it referring to? 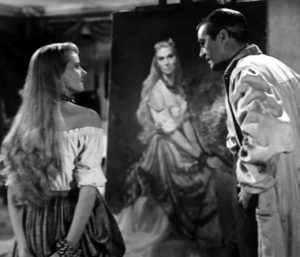 Milland plays a struggling artist, a shifty-eyed wannabe who pays the rent by forging better painters. He also fabricates identities for each new crime he commits, resulting in a rap sheet that resembles a telephone book: “Kenneth Arrow”, “Robert Campion”, “Gilbert Lemoin'”, and his current incarnation, “Mark Bellis” (the film never gives a clue as to his actual name.) Ann Todd plays Olivia Harwood, the caretaker who nursed Bellis during a sea voyage from Jamaica to Liverpool. The ship debarks and the duo parts but, like a bad penny, the scoundrel returns—he arrives at her boarding house unannounced and looking for lodging. After an awkward exchange stoked by sentiments better left unspoken, Olivia allows him to take a room. And that’s when his charm offensive goes into full effect. Bellis paints her portrait as a means to seduce her and, surprisingly, her reaction to the finished product is revulsion—she hates it because it resembles her too much. It’s then that Bellis realizes she could be useful. This heartless counterfeiter may have no character but he’s an expert judge of it—Olivia’s conflicted reaction to her own face gives Bellis the key to her personality—a bitter disposition that ties her to him more intimately than he realizes. 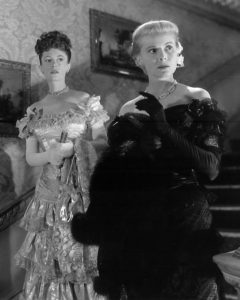 Set in the Victorian era, director Lewis Allen’s film has a very foggy vibe—Dracula would not be too out of place on these cobblestone streets. Bellis has something in common with the Count; a bloodsucker’s habit of infecting his victims with his own particular poison—Olivia is no different. The shock, to both Bellis and the audience, is how easily she swoons, not only carrying out his bidding but aggressively taking a proactive role in their villainous plans. Though Olivia’s downfall provides the character arc that drives the film, Gretchen Fitzgerald, as Susan, a fragile alcoholic caught in these vipers’ blackmail trap, is the movie’s beating heart. She’s surrounded by treachery, betrayed by her best friend and saddled with a cruel husband out of a Dickens novel—his name is Henry Courtney but it might as well be Edward Murdstone (the appearance of Great Expectations‘ Martita Hunt as his vindictive mother underscores the notion).  The suspense, such as it is, is how far Olivia will go to destroy the pitiable Susan. The end is pre-ordained—Courtney the Wicked Husband is also He Who Must Die—our movie-goer’s instinct tells us it’s just a matter of how and when. The finale gives Olivia a shot at redemption but Bellis is not so lucky—his fate is in the hands of his lover and she is exactly what he made her, a very harsh mistress. 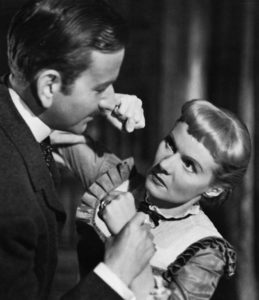 The film was based on 1947’s For Her to See by Marjorie Bowen. A mostly forgotten but formidable figure, Bowen wrote her first novel at the age of 16, The Viper of Milan, and would rack up over 150 books to “her” credit. There are quotations around “her” because she published much of her work under male pen-names (like Bellis, she understood the advantage of a pseudonym). She was known for her books on history and true-crime as well as her uncommon approach to romance and horror novels, sometimes combining the two. Her success was manifold, in 1937 she wrote a biography of proto-feminist Mary Wollstonecraft Godwin called This Shining Woman, Grahame Green would count her as an influence, and when producer Hal Wallis saw the galley proof of For Her to See—written under the alias, “Joseph Shearing”, he was apparently enthusiastic enough to begin production that same year. The book was perhaps best described as a gothic noir and Lewis Allen, having performed his duties so well on The Uninvited, must have seemed the natural choice for director. 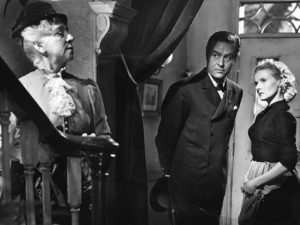 While developing So Evil My Love, Allen may have been a little too in love with the luxurious trappings that Paramount financed and art director Thomas Morahan built. And the screenplay, by Ronald Millar and Leonard Spigelgass, dawdles at the outset—instead of sparking our interest it tries our patience. But once the characters are locked in and the mechanics of the plot begin their inexorable whirl, Allen is his professional, and appropriately merciless, self—he lets the villains fall where they may. With his intelligent and unassuming touch, the director was the epitome of the sure-handed, if workaday craftsman of classic Hollywood, lending the same steady guidance to movies like 1947’s Desert Fury and 1954’s Suddenly before turning his attention to television in the sixties (including a few episodes of Mission: Impossible). 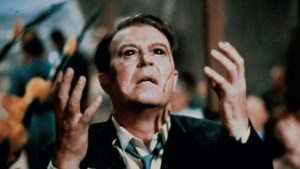 Milland became more adventurous in his selections, finding new ways to vent his spleen in exploitation fare for AIP like the self-directed Panic in Year Zero and as a bigoted curmudgeon sharing shoulder-space with Rosey Grier in the outrageous farce from 1972, The Thing with Two Heads. His troubled soul found no comfort in Roger Corman’s X-The Man with X-Ray Eyes, one of the director’s finest films. Milland played James Xavier, a doctor who, like so many movie scientists, wanted to break through the barriers of the seen world, to peer into the cosmos. He got more than he bargained for during the film’s kaleidoscopic finale—a vision of the infinite that looked like the end of the world.

Kino Lorber released a very fine Blu ray of Corman’s X back in 2015 and they’ve performed equally well for So Evil My Love, an unfairly forgotten film. The movie did badly at the box office and the reviews didn’t help; Bosley Crowther of The New York Times dismissed it with a glancing blow: “too much confusion”, and Edwin Schallert of The Los Angeles Times praised it in the grimmest terms possible, practically daring people to see it. Kino seems to be working with a less than stellar print so cinematographer Mutz Greenbaum’s work (he shot the classic Brit satire, I’m Alright Jack) lacks a bit of that blu ray punch—it does not lessen the movie’s impact. They’ve included an excellent audio commentary from regular Film Comment writer Imogen Sara Smith and the usual selection of like-minded trailers.