It’s a quality true-life mystery-exposé that doesn’t come off as tabloid trash or Oliver Stone hysteria — the true story of Karen Silkwood is told without cooking the books. The all-superstar cast is something too — Meryl Streep, Cher and Kurt Russell. Only a fine director like Mike Nichols could steer this one into good entertainment & memorable cinema territory. 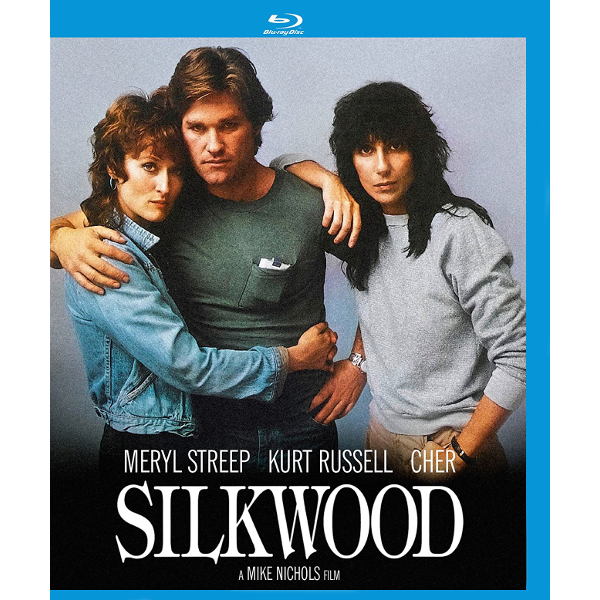 Remember when the big movies about adult themes were in the theaters, and not on cable TV? Perhaps taking a cue from The China Syndrome, Alice Arlen and Nora Ephron shake up our preconceived notions about our old friend the atom yet again. An absorbing story about the known facts around a real scandal within the nuclear power industry, Silkwood doesn’t conclude that Karen Silkwood was murdered for blowing the whistle on gross safety violations. But it does say a lot about the nuke industry in general, and leaves us with the definite feeling that the public good is not served when private companies must choose between maximizing safety and maximizing profits.

Mike Nichols’ deft direction won the film five Oscar nominations. Note that the title alone gives filmgoers no clue as to what they’ll see — the show must rely on big-star buzz to connect with its audience.

Oklahomans Karen Silkwood (Meryl Streep) and Drew Stephens (Kurt Russell) work together at a nuclear materials facility and rent a house in a loose arrangement with Dolly Pelliker (Cher). Karen’s questionable (by local standards) morals, flippant tongue and sometimes-flaky attitude amuse her workmates but win her few steady friends. She becomes aware of possible safety violations at the plant at about the same time she grows active in the Union, an activity that draws negative attention from her employers. Karen takes a trip to Washington on Union business, meeting with Paul Stone (Ron Silver) and other Union officials who encourage her to make sacrifices for a ‘greater moral imperative.’ This boils down to snooping for evidence at the factory. She becomes a pariah to her workmates, who feel their jobs are in jeopardy. But her employers may be harboring even darker plans for Karen.

Karen Silkwood was never a choice poster girl for the anti-nuke cause. When she died in an auto accident (-?), traces of drugs and alcohol were found (-or planted) in her body. Her lifestyle would hardly stand close examination by bluenoses looking for moral disqualifications.

Silkwood ends up being more about powerless working Americans, the blue collar force that mans the large factories that still remain in the U.S.. Hired for as little as possible and encouraged by a tough middle management system to believe that they are lucky to have any kind of a job, workers across the country face the same problems: pay that barely keeps clothes on one’s back and demands for employee loyalty that go unreciprocated. Most Americans work in jobs they don’t like, feeling powerless to abandon what little seniority they’ve earned for at best iffy prospects elsewhere. No wonder we look to entertainment fantasy for illusions of pride and power. 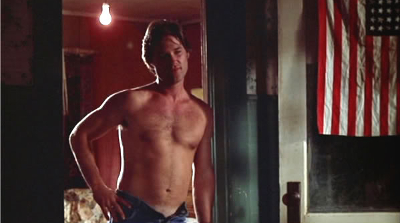 Silkwood tells the story of three roommates, two sharing a relationship and a third who’d like to be in a same-sex relationship with one of the other two. It is an acting marvel that shows the difference an inspired director can make. Kurt Russell provides excellent support for Meryl Streep’s convincingly lowbrow Karen, a minimally skilled laborer who has difficulty applying herself to life. Her ex-husband is making it hard to see her two kids. Karen jokes with the boys at work and scandalizes the snippy born-agains with her bad language and provocative attitude. When a contamination occurs, Karen’s co-workers assume she caused it to get a weekend off work.

Cher’s secondary role posits her as an aimless and alienated woman who neither sings nor is glamorous. The girlfriend she brings home and who stays on as her roommate is a mortuary beautician. Only director Nichols’ high wattage direction can accounts for keeping a personality like Cher in balance — what could have been three attention-begging star turns shapes up as a good acting trio convincingly portraying people at the lower end of the social scale. 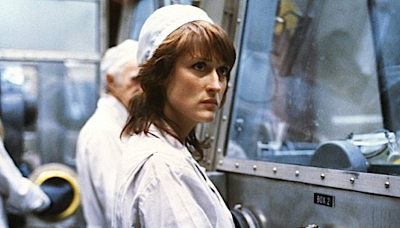 What Karen Silkwood lacks most is good survival skills. When Drew senses bad things a’ coming, he moves on, trading nuke work for the safer line of mechanics. After reading the government info declaring that there are no ‘acceptable’ levels of human contamination, I think I’d be looking into any available alternate line of work. It’s not as if Karen and her workmates are getting hazard pay. The old biddy that snipes at Karen’s ‘kind of sex’ immediately becomes sympathetic when she’s exposed to some nuclear material. When the same thing later happens to Karen, the film leaves the door open for any number of conspiracies, large and small. Is a co-worker punishing Karen’s sinfulness by purposely contaminating her? Is her supervisor (Craig T. Nelson as a harassing co-worker) getting back at her for knowing about his doctoring of fuel rod inspection photos? Or, later on, is someone protecting company interests with a combo murder-smear campaign?

Silkwood is too sophisticated to become a paranoid conspiracy or a muckraking exposé. The company feigns concern for its workers while remaining doggedly venal, but how Karen was eventually poisoned is unclear. It’s all too easy to imagine an alternate Karen, a bitter Union gadfly who does grossly irresponsible things because she’s emotionally disturbed. Unfortunately for those seeking ammunition against the nuke industry, that interpretation seems equally as credible as Karen being murdered while en route to slip incriminating evidence into the hands of a Union representative.

Big Unions aren’t exactly lauded either. The Washington reps eagerly entreat the guileless Karen to stick her neck out for their aims. What conclusions can we make when Karen sleeps with another Union rep — is it evidence of more Silkwood flakiness, or more exploitation by the Union? 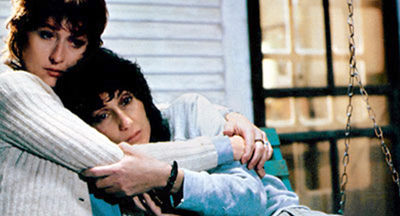 The story stays with Karen’s perspective, sketching her relative naiveté as she asks how much airline meals cost or snoops in plain sight of her coworkers, thinking somehow that her efforts won’t be detected. She’s the plain-wrap opposite of the success story of Erin Brockovich . . . to go up against the big boys one needs allies, and a few smarts don’t hurt either. The show also has parallels to the paranoid conspiracies in Akira Kurosawa’s The Bad Sleep Well, and Ivan Passer’s Cutter’s Way. Conspiracies are difficult to perceive from the inside, and disaffected social dropouts seldom possess the skills to oppose them. I suppose it all goes back to Hamlet; if Karen Silkwood really was the victim of some imagined Evil Big Business, I can’t see her liking this movie’s portrayal of her as a confused patsy.

Excellent production values evoke what it means to drive a ratty car and live in a rented house listening to your roommates make love next door (just like college, I guess). Nichols does a good job of expressing the unholy panic of setting off a contamination alarm and being hustled into a decontamination shower for a brutal working-over with stiff brushes. The official big boys of nuclear science report the facts of Karen’s condition in a way that seems meaningless; their poker faces when calmly saying that their error margin is 300% is scarier than the empty assurances of company medic Charles Hallahan. He doesn’t even seem to care personally. Fresh from John Carpenter’s The Thing, Hallahan is well chosen to make us feel insecure.

Also slipping into the show for smaller parts are Diana Scarwid, Fred Ward (as a deadpan Indian who likes to tell demeaning Indian jokes), Bruce McGill and David Strathairn. All are distinct and none simply takes up their usual fallback character. Strathairn is a riot as a longhaired joker — I barely recognized him at first. 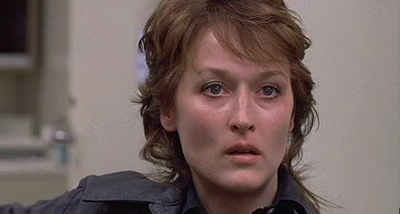 The KL Studio Classics Blu-ray of Silkwood bests by far the previous MGM DVD from 2003, which wasn’t even widescreen enhanced. It did have three sets of language subs, however. This Blu-ray looks remarkably good, matching Nichols’ directing skill with an equally arresting picture. The show takes in the Oklahoma atmosphere without resorting to caricature. But we see how a nonconformist like Karen would not be popular.

Apart from a domestic and an international trailer (they seem the same to me) and at least six TV spots, the main extra is a video piece with producer Michael Hausman. He’s a great guy, who explains how understanding Mike Nichols was about the constricted budget, and that Nichols didn’t need to shoot things ten times because he knew what he wanted, ‘and knew when he had gotten it.’ Hausman asked to shoot the show in the same Oklahoma facility where Karen Silkwood worked, just in case they said yes. They said no.