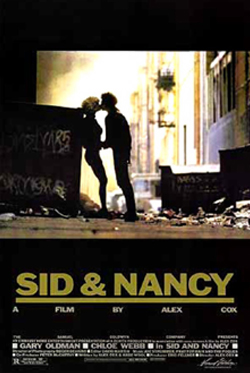 Roger Ebert called Alex Cox’s unexpectedly romantic dissection of the destructive relationship between Sid Vicious and Cloe Webb “Punk Rock’s Romeo and Juliet”. Johnny Rotten (aka John Lydon) was no fan of the film, claiming he’d been intentionally bypassed and that the movie was “the lowest form of life”. The soundtrack contains no songs by Sid Vicious or the Sex Pistols. Instead the music is contributed by Pray for Rain, Joe Strummer and The Pogues.