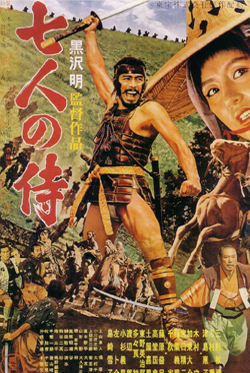 BTS details the troubled production of one of Kurosawa’s greatest achievements, a mythic and primal epic of feudal Japan that became a virtual template for latter-day action films, influencing western filmmakers for decades. Kurosawa professed himself disappointed with the popular 1960 Americanized remake The Magnificent Seven, which spawned numerous sequels and ripoffs. Screenwriter John Sayles blasted the concept into outer space in 1980 for Battle Beyond the Stars.