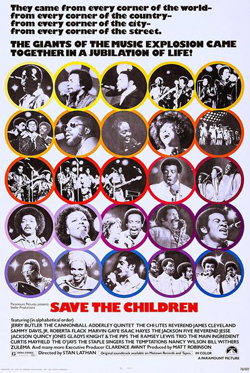 Director Stan Lathan’s 1973 film documents a concert held during Jesse Jackson’s Operation PUSH exposition. Like Woodstock, it’s long for a concert film but with over 25 acts it needed to be. Featuring a once in a lifetime lineup of Motown greats including Marvin Gaye, Wilson Pickett, Issac Hayes, and the Jackson 5.