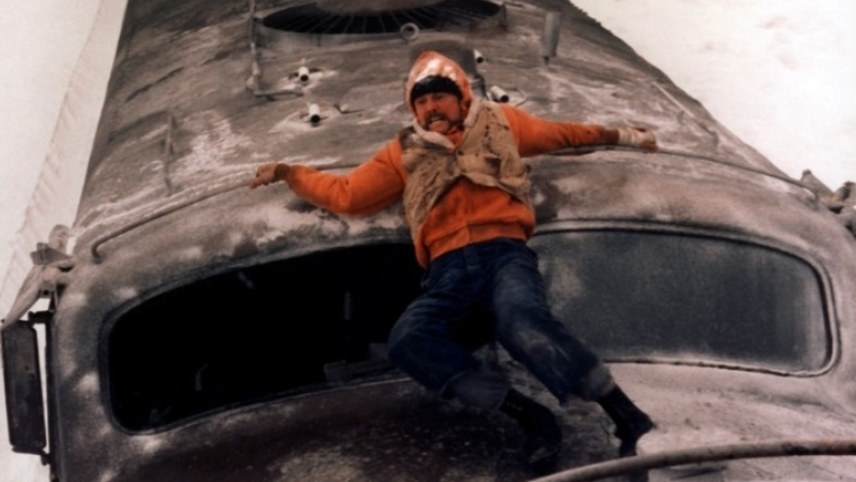 Is it just me, or do all the characters Eric Roberts plays need a smack upside the head from a wine bottle?  Not the 750 mL size, either, but a magnum (1.5 L) or a Methuselah (6 L) or even a Nebuchadnezzar (15 L) just to make an impression.

With a roster of 243 roles to his credit, I’m not going into all of them.  Suffice it to say that it just seems to me Roberts always plays the guy with whom you’d hate to be stuck pulling off a crime.  Can’t keep his mouth shut, no finesse, no idea how to be unobtrusive.  Hey, that sounds a lot like the group at the last wine tasting I attended!

Regardless of what I think of his characters, Roberts sure does work a lot.  According to IMDB, he is presently listed as having two films underway, one that he is announced for, eight in pre-production and 22 which are in post-production.  33 films in less than a couple of years seems like a lot to me, but I’ve never even been on a casting call – what do I know?  It seemed like a lot to the actor who waited on me at the restaurant last night, too.

At any rate, “Runaway Train” does nothing to sway my feelings for the characters Eric Roberts plays.  Hey, Buck!  Whoop!  Upside the head.

Jon Voight, on the other hand, has so much ice on him in this flick he looks like the missing link.  He has more ice on him than the freezer in my first apartment.  I wouldn’t mind being his sidekick on a caper, but I’d sure as hell keep my mouth shut and stay out of his way.  Maybe I’d offer him some wine from a less dangerous train.

Red Car Wine is made in Graton, California just west of Santa Rosa.  The brand was born in Hollywood, though.  Founded by producer Carroll Kemp and late screenwriter Mark Estrin, Red Car is named after the streetcar line that served Los Angeles until the 1960s.  The Trolley and Boxcar lines are made from Sonoma Coast fruit taken from a variety of vineyards, including their estate land.

Train – the rock band – has a wine club in which they offer a wine of the month.  They also have their own brands: the Drops of Jupiter Petite Sirah and the Calling All Angels Chardonnay.  One would have to guess that they rock. A portion of the proceeds go to charity.

Wine Trains – Just about anyplace with at least three wineries in straight line has a wine train connecting them.  Some skip the wineries altogether and just have wine on the train.  See Napa Valley, Santa Barbara, Fillmore, Texas, Colorado, Alabama, South Dakota, New York and, as they say on the late night TV ads, many, many more.  It’s a lot more comfortable than the Runaway Train, and there’s wine on board.  A win/wine situation.

Coaltrain Wine & Spirits – A Colorado Springs store where the big news seems to be that Pliny the Elder is out of stock.

Night Train – Bum Wine offers a nice writeup on Gallo’s low-end juice.  Ride the rails right to the bottom of the barrel.