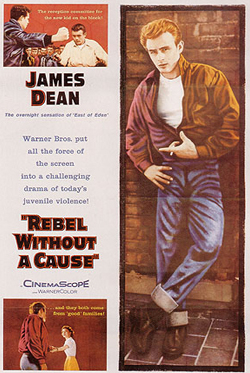 Rebel Without a Cause

It’s pretty much a bromide that if James Dean had not died at his peak he might have ended up like Troy Donahue, but in this emblematic Nick Ray film, released after Dean’s death in a 1955 auto accident, he continues to electrify new generations with his raw emotion.